AMD is set to release their Radeon VII (Radeon 7) graphics card on February 7th, delivering the world's first 7nm graphics card and the largest amount of graphics performance that AMD has offered to date.

Both XFX and Sapphire have revealed that they will be releasing Radeon VII graphics cards under their brand names, though at this time both company only seem to be selling AMD's reference design.

Earlier this week, images of ASRock's Radeon VII graphics card leaked onto the web, though it is worth noting that the company has not listed the graphics card on their website. Bost Sapphire and XFX have listed the Radeon VII on their respective websites, which is pretty much as official as it gets.

Sapphire, conversely, has revealed their custom boxart for their Radeon VII and a graphics card that appears to lack any distinct Sapphire branding, maintaining the clean look of AMD's reference design. The company has also listed the correct specifications for the graphics card, listing a 1,400MHz base clock, a 1750MHz boost clock, 16GB of HBM2 VRAM and 1TB/s of total memory bandwidth. 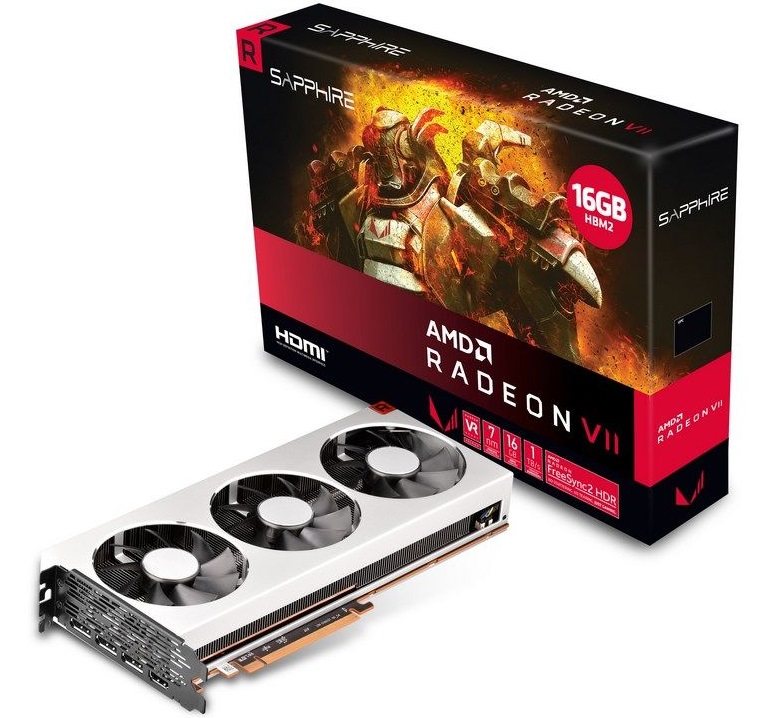