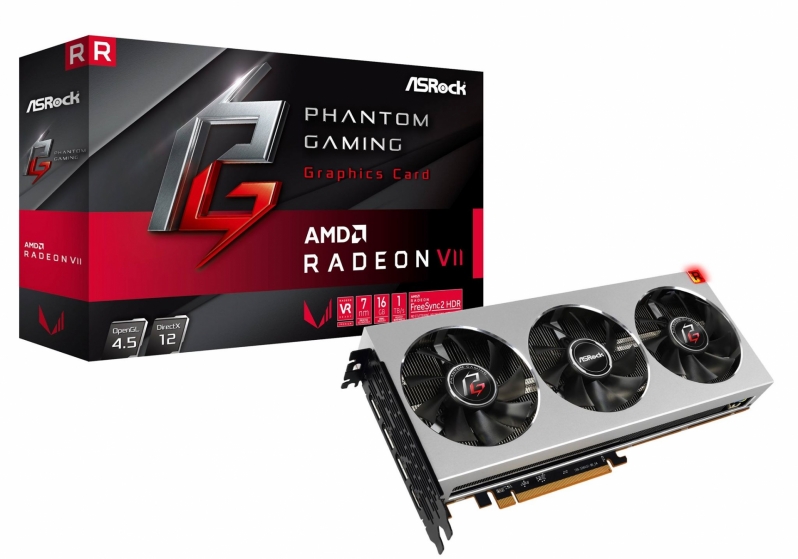 You can join the discussion on ASRock's Radeon VII Phantom Gaming Graphics Card on the OC3D Forums.

Dicehunter
Looks to be just a reference card with Asrock stickers

I think that is EXACTLY what it is. I don't understand the point of this in that case?Quote

Warchild
Quote:
Reminds me of the Fury X debacle all over again. AMD locking out AIB and only selling reference once more? :SQuote

Dicehunter
Quote:
Same happens with all GPU's in general.


Quote:
Can't see it happening, AMD will want to squeeze every last drop of performance out of it as possible and that in general needs people like Sapphire and MSI, Reference is good but to push things better power delivery etc... is needed, Unless AMD have already maxed the card out and the only thing to make better is cooling.Quote

Warchild
Quote:
I agree. But I would have thought they wanted that with the Fury gen cards given the losses AMD were making at the time.

If anyone can pull out a killer Radeon card, its Sapphire!Quote
Reply