The Steam Controller is something that most PC gamers see as being very marmite, many people love the Idea, heralding it as the next big leap for controller designs while others say that it is awkward to use too weird when compared to a traditional dual analogue stick controller like Sony's PS4 controller or the Xbox One controller.

Having used this controller for a few weeks now all I can say is that it is a real grower on me, at first I found the experience to be very different than a traditional controller, but in time I found it to be not just usable but just as good as my Xbox controller.

With it's dual trackpads with Haptic feedback you can use the controller easily like an analogue stick by moving your finger across the trackpad in controller based games, or like a traditional trackpad in mouse driven games.

The second (left) trackpad is mostly used as a D-pad for games, which makes it functionally identical to a traditional D-pad under most circumstances. The analogue stick was easily reached and moved by my hands and was very comfortable to use for extended periods of time.

One thing that will likely annoy those with very large or very small hands is the placement of the XYBA buttons, as their central position will make it hard to some people to reach or make those with large hands over-reach and hit the analogue stick on the other side. This placement allows the main trackpad to take it's position on the top right, which is the place where is is certainly most comfortable to use.

One the rear of the controller there are two rear clickable buttons, which can be binded for specific game controls, giving your controller what is essentially a hotkey, which is something that really improves the controller experience. One example that I used these buttons for was for diving and going prone in MGSV, which was something that I found to be very handy.

I used this controller to play through almost the entirety of Metal Gear Solid V: The Phantom Pain and at least 3 hours of Fallout 4 wile also using it while testing this unit with multiple other games through the duration of testing this Steam Machine and during my Spare time. Over this time I can say that I do like this controller, and will certainly be using it more in the future. 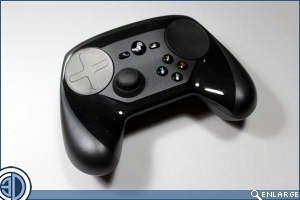 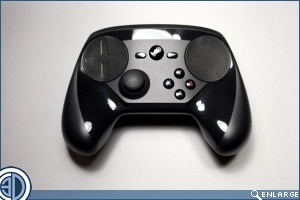 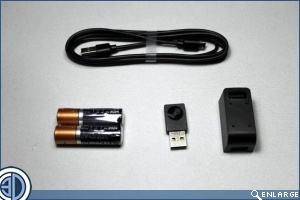 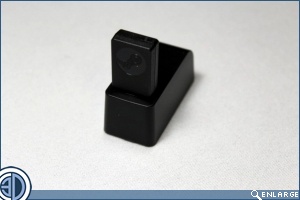 Valve say that a single set of batteries can power their Steam Controller for around 80-hours, which I would say is correct given the fact that I have not needed to replace the batteries yet. 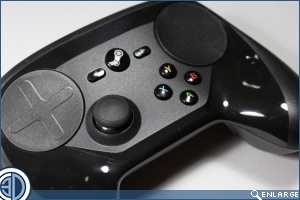 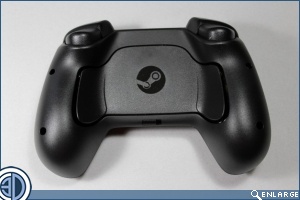 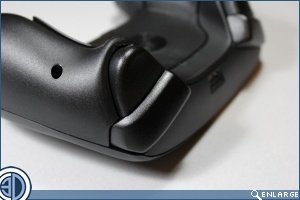 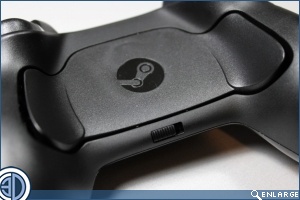 The controller is very lightweight, and very easy to hold in your hands, which is unsurprising given this controllers resemblance to the Xbox 360/Xbox One controller.

With this Steam Machine you can turn on the PC by pushing the central Steam button on the controller, giving this controller similar functionality to the controllers on the Xbox One and the PS4. 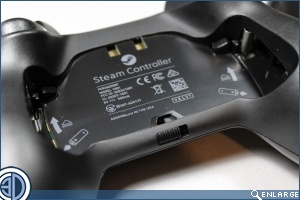 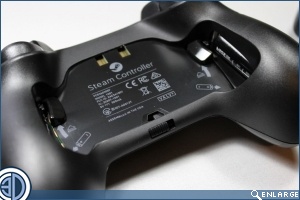 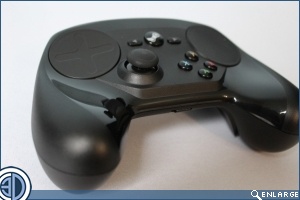 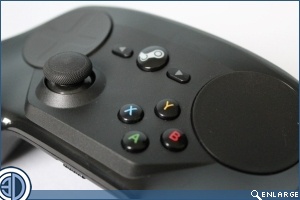 Games that already have controller support can very easily have keys rebinded and be modified to make use of the extra buttons on the Steam Controller, allowing you the player to easily improve on the games default controls and make games easier or more comfortable to play.

One example that I mentioned further up in the page was Metal Gear Solid V, where I was able to bind the crouch and dive buttons to the rear paddles, which was something that made the games controls much easier to use, making the gameplay experience better as a result. 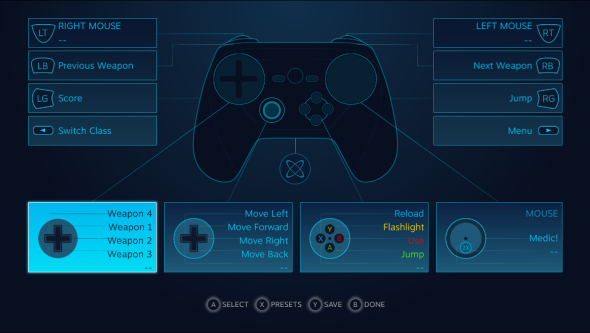