Looking at the Zotac NEN SN970 Steam Machine the thing that was most apparent to us was exactly how small this PC is. It is easily smaller than either the Xbox One or the PS4 and not only contains more powerful hardware but has upgrade options and holds the promise of "whisper quiet" operation.

Most items on my desk simply dwarfs this unit, which is not something that you can say about many PCs, even if you make an Ultra compact MITX PC. 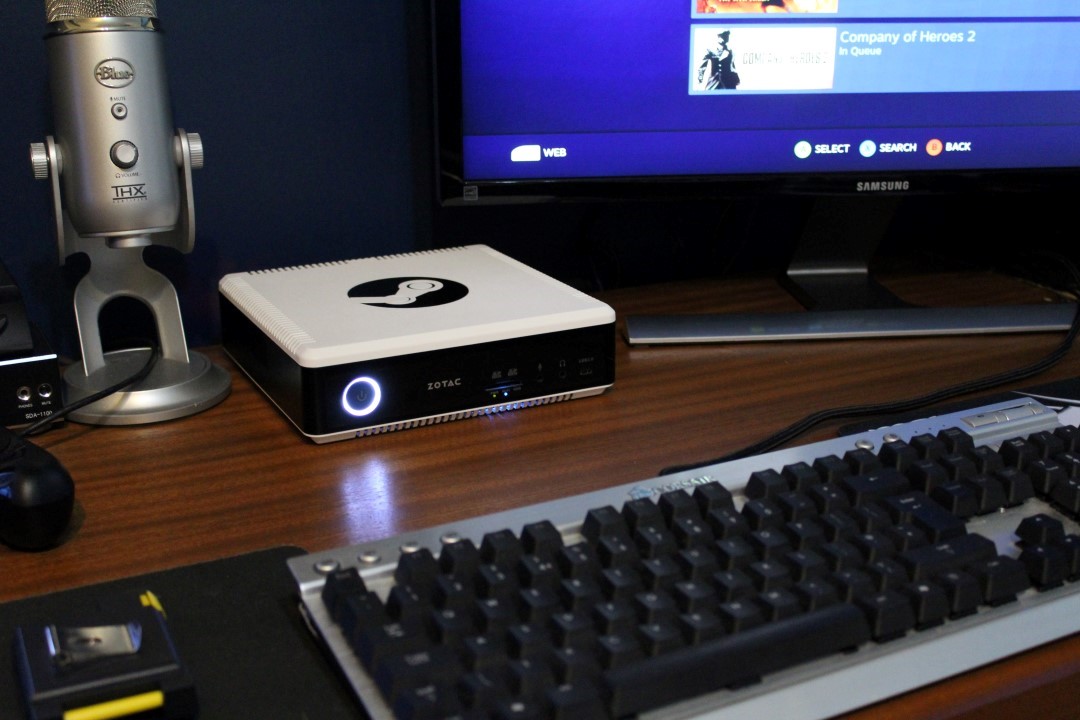 Given the fact that this Unit holds inside a full LGA 1151 socket and has enough cooling to cool a GTX 960 and a Intel Skylake i5 6400T we cannot help but be impressed by the feat that Zotac has achieved here.

The unit itself is rather plain and simple, donning a black and white colour scheme and having a visually pleasing Steam logo on the top. The Steam logo works very well with the general aesthetic of this PC and gives this plain looking exterior some much needed character. 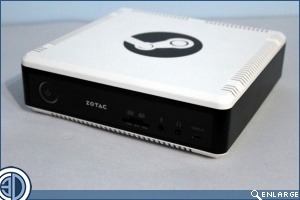 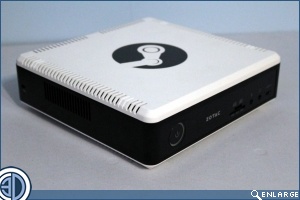 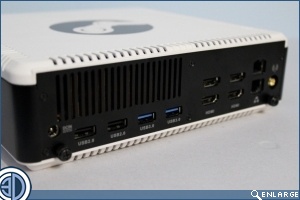 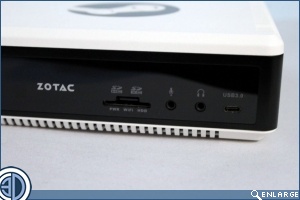 On the front of the Zotac NEN you can very easily see the on/off Switch, which glows white when the PC is turned on. This PC can also be turned on with the Steam Controller, which is similar to how you can turn on both the PS4 and the Xbox One, giving this PC a very console like feel.

On the front of the unit have a load of potential inputs, with a normal USB 3.0 port on the Memory card reader and a USB 3.0 Type-C connector on the front, which is a great thing to see for use with future devices.

There is also a Headphone and Microphone connector on the front of the unit, which is something which is typical for most modern PCs. 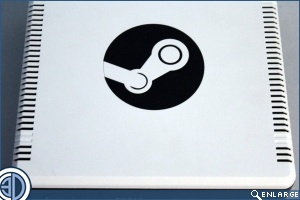 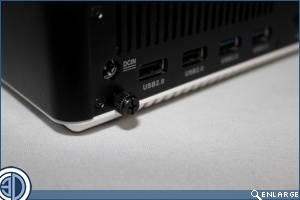 On the rear of the unit we can find the majority of this PC connections, with 2 USB 2.0 ports and 2 USB 3.0 ports, which is plenty for connecting a mouse and keyboard if required and connecting external storage solutions.

On the rear we also have a total of 4 HDMI 2.0 connections, all of which are capable of delivering a steady 4K 60FPS experience and giving the user plenty of options for using multiple screens. Right now as a living room PC this PC will likely never get used for a surround setup, but it really gives this PC great potential as a small Multi-screen office PC of you don't want to use it as a living room/ console-like PC.

For internet connectivity this PC has dual Gigabit Ethernet connections and built in Wifi, giving this PC a great deal of versatility and again highlights this PCs potential use as a small form factor, powerful office PC. 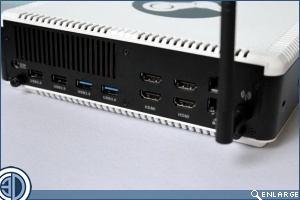 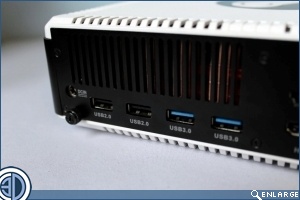 Inside the Zotac NEN SN970

The one thing that really separates Steam machines from consoles is upgradability, at stock this system is already more powerful that any of the current generation consoles and there is potential to make this PC reach ever higher performance heights.

To get inside this PC you need to do one simple thing, remove two thumb screws on the rear of the unit, which allows you to remove the bottom of the Zotac NEN SN970  and reveal the upgradable portions of this PC. 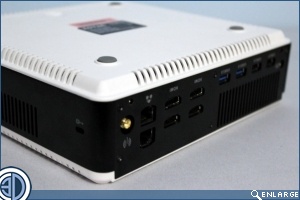 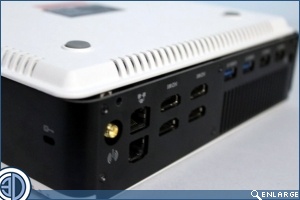 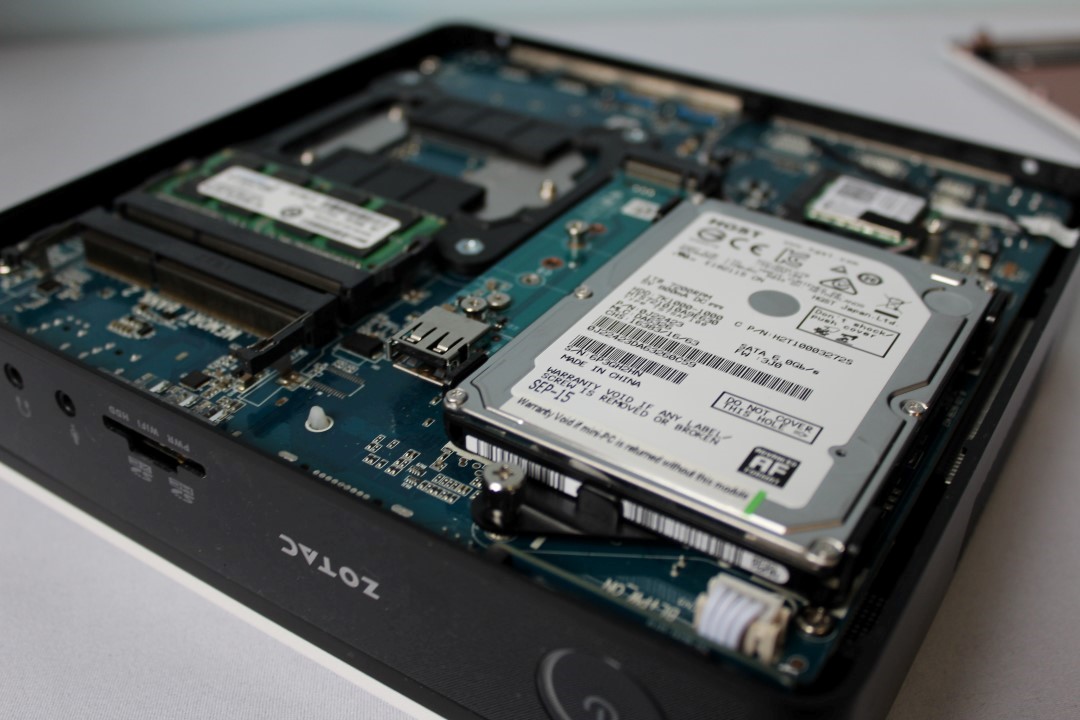 What we can see inside this PC is the bottom of a full Intel LGA 1151 socket, confirming that the CPU used here is desktop grade component and shows us that we can upgrade this PC with more RAM, an M.2 SSD and can even replace the existing 1TB mechanical storage drive with a higher capacity drive or with a faster SSD or hybrid 2.5" drive.

On the end of the M.2 connection on the motherboard we can clearly see a USB 2.0 port on the board, which is designed to be used with the Steam controllers included Wireless dongle. This allows the PC to use Steam Controllers wirelessly without using any of the Steam Machine's External connections. This also allows users to easily remove the dongle to use it with other PCs, which is a great feature for a Multi-PC household. 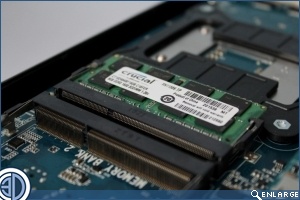 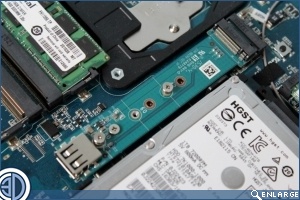 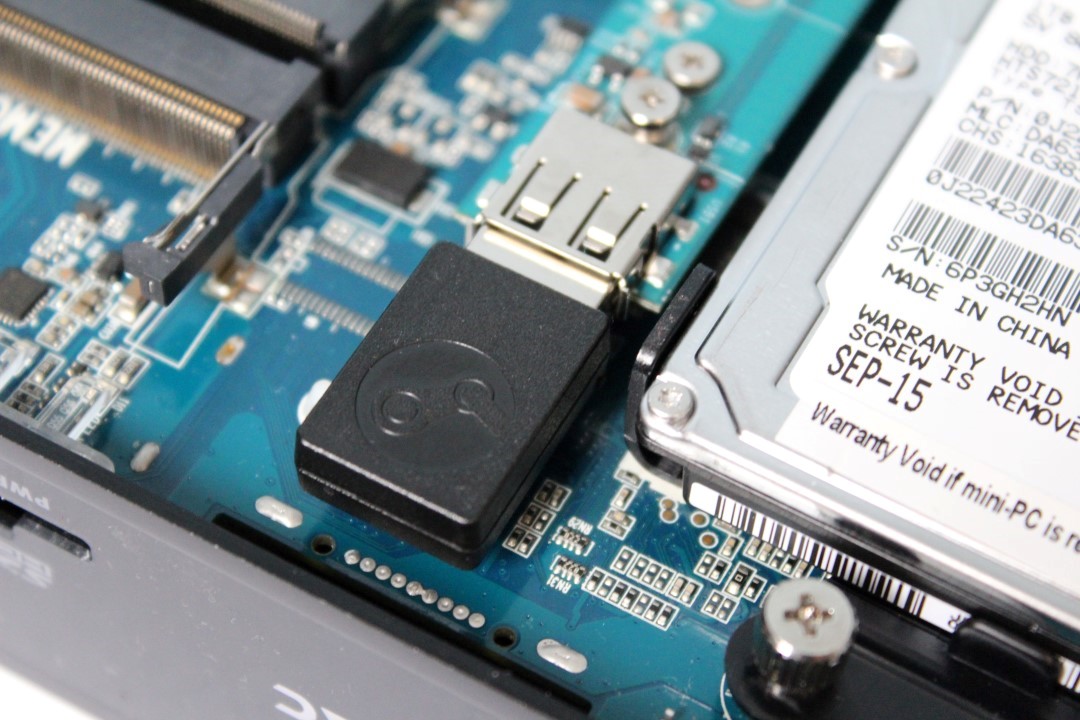 When Zotac told us that this unit would be whisper quiet we were very suspicious, looking at this PCs specs and at this PCs form factor we though that this PC would make a noticeable amount of noise while under a heavy gaming load.

When we were testing this unit we were playing games at 4K, we were placing this games under both heavy CPU and GPU loads and we were simply unable to make this unit make any more noise than a quiet hum. This PC is impressively quiet and is easily quieter than my Wii U or the PS4, with any noise it made falling into the backround, unnoticeable while gaming over the games own audio.

We know that Nvidia's Maxwell GPUs and Intel's Skylake CPUs are highly efficient, but when Zotac placed them into such a small chassis we did not expect them to be this quiet. Zotac have done an excellent job making this PC, giving us a great deal of horsepower, silent operation and a small form factor, which is a combination that is very rare.