Introduction - The Rebuilding of an Icon

Does a PC have a soul? No, I hear some of you answer, but some longtime members of the custom PC community will understand how a PC or project can take on a life of its own, becoming something much greater than the components that made it possible.

ASUS recently contacted us to spread the news about their 30th Anniversary event, titled "30 Years Together", a campaign that is designed to highlight the longevity and stability of their PC components. Those who take part in this event will have the chance to win prizes which range from custom systems, special edition ASUS components and other hardware gubbins.

So why is this news relevant? Well... It sparked a fire which has long been sitting dormant within the OC3D offices, the reconstruction of a system which means a lot to the community at large, and most of all to Mr OC3D himself, Tom (TTL) Logan. Yes, this news gave us more than enough reason to reconstruct Orca, TTL's longest running system. 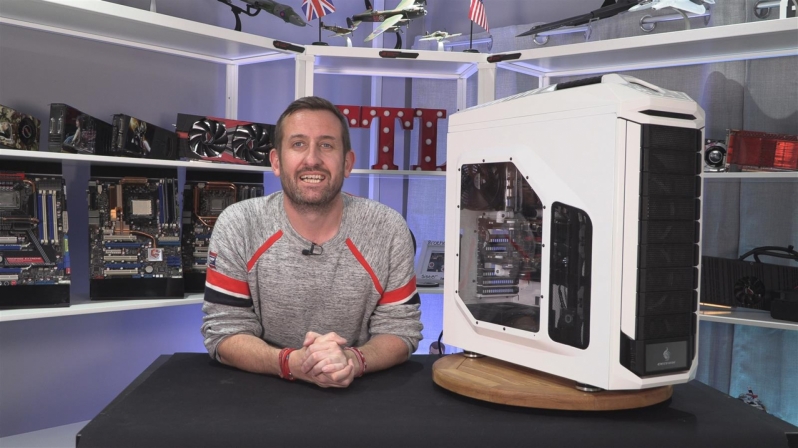 The Story Behind Orca

Orca is a special PC; representing much more than a simple project log or modding project. The Orca project was a memorial, a memorial to Tom's late mother, who passed away in 2007.

From the getgo, Orca was an emotional build. Every component was carefully selected, customised and installed. At its heart sat the ROG X79 Rampage VI Extreme and twin ASUS HD 7970 graphics cards, which were amongst the best components that were available at the time.

2012 was a different era for the PC market, where RGB LEDs weren't the mainstay of every component, hardline tubing hadn't revolutionised the liquid cooling market and sleeved PSU cables were reserved exclusively for top-tier modding projects. Reference-style ASUS HD 7970 graphics cards were selected due to water block restrictions, with backplates being uncommon for that era, revealing exactly how much things have changed over the past seven years. 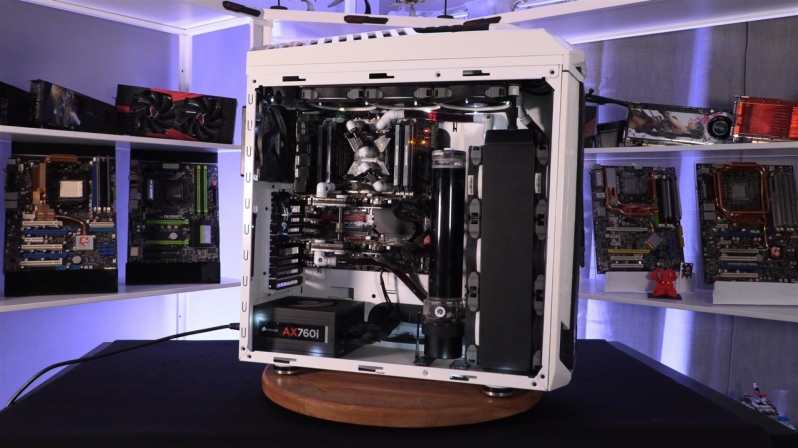 Back then the water cooling scene was a wholly different place. VRM liquid cooling was restricted to ultra-high-end motherboards exclusively and the idea of a CPU/VRM monoblocks were years from fruition. During that time, ASUS' ROG Extreme series was one of the few boards to receive the honour of receiving dedicated VRM and chipset water blocks. In that era, almost all water cooling was fully custom, though during that time the idea of All-In-One coolers was starting to take hold, with Corsair's H100 giving birth to a new range of Liquid cooling solutions.

Unknown amounts of time were lavished on Orca's construction, with attention being lavished on every aspect of the system. Every rivet in the PC's case was replaced with black Allen bolts and red washers, the ASUS Rampage IV Extreme's BIOS was tweaked to achieve impressive 5GHz clock speeds on the system's Sandy Bridge-E processor, an incredible feat during that era for a workstation system. 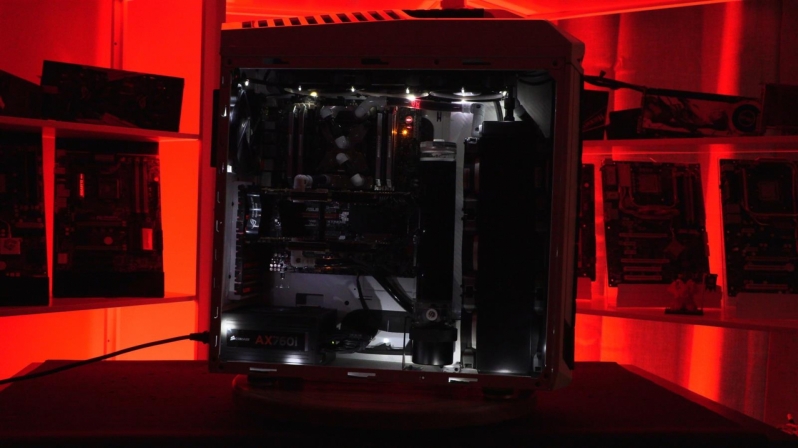 In the next page, we will detail the hardware behind Orca, as well as some of the stories behind it, plus a video on the last page.

SuB
Cutting onions up in here.

AlienALX
So happy to see Orca again. Many builds get done, get very dusty and dirty and you never see them again. It's lovely to see how well you've cared for it Tom. Touching, even.

Excalabur50
Don't worry Sub I couldn't stop the tears either but it was great to see her again, I wouldn't have missed it for the worldQuote

FredEx
Great to see her back up and running. My system TTL built for me back when I won a processor is still going. I won it back on 14/1/2013. No ASUS in it though, so not for this contest. It is mostly Corsair with a Gigabyte MB and an Intel i5 3570K still running at 4.2.Quote

Wraith
So amazing to see the old girl once again, such an amazing RIG. Our mums are always with us, their energies shadow us every day.Quote
Reply