What's that? There isn't enough performance in this? What are you, mad? Still if you are one of those people who isn't satisfied unless every last component is running at the limits of its capabilities then you'll be pleased to know that the MSI GT80 6QF is capable of going even faster. We managed to get 4.1GHz from it, with 4GHz (40x) running even with all four cores engaged. It almost makes us think that if the Q part of its name means Quick, what's the F for? 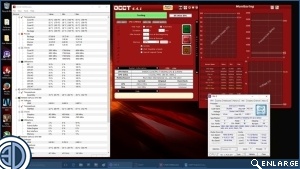 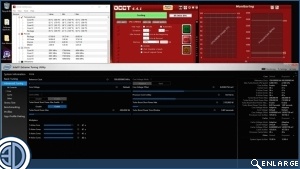 As you might expect there are some thermal issues to deal with when you have such hardcore hardware and then push it even further than it's running out of the box. Even with the system running flat out, doing an excellent impression of a fan heater, the fans are only just about capable of keeping things under control. You can overclock it, we just might not recommend doing so 24/7/365. 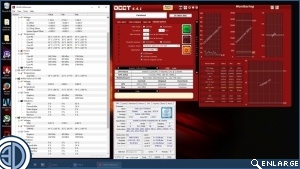 kc5vdj
Now go change your underwear. Was it good for you?

Kushiro
Just me or were there no temps?Quote

Yes more than the desktop cards.Quote

Still it's impressive just how much hardware MSI managed to shoehorn into a laptop, I guess the big question is "just how much do you want that epeen".Quote

SPS
I've seen this in person, a guy at work has it. It's a monstrosity lol.Quote
Reply