While Intel's new 13th Generation "Raptor Canyon" NUC Extreme is larger than its predecessors, Intel's aims with its NUC brand remains unchanged. Intel wants to deliver extreme levels of performance that push the limits of their form factor of choosing. With the NUC 13, Intel has contained a full desktop-grade Core i9-13900K processor within a incredibly small chassis. Within this compact case, gamers and workstation users can install ultra-large graphics cards, including Nvidia's RTX 4090 Founders Edition. 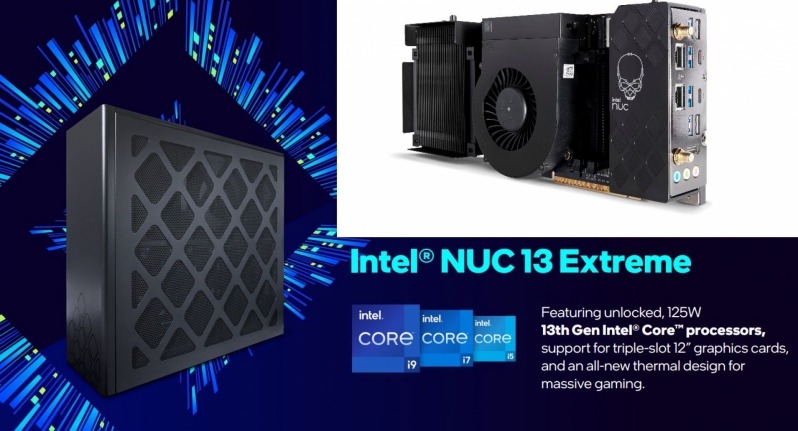 Measuring in at 337mm x 317mm x 129mm, Intel's new "Raptor Canyon" NUC Extreme 13 is almost two times larger than the NUC 11 Extreme that we reviewed in 2021. This extra space is dedicated to an enhanced cooling solution, and to support for larger graphics cards.

With support for Intel's i9-13900K processor, Intel's NUC series can now ship with processors that feature up to 24 cores and 32 threads (Eight P-Cores and Sixteen E-Cores), making this NUC more than two times as powerful as their older NUC 11 Extreme in terms of raw CPU horsepower. Beyond that, support for GPUs like Nvidia's RTX 4090 will allow NUC 13 Extreme systems to power through GPU workloads too.

Yes, Intel's latest NUC is bigger, but with size comes power, and the enhanced cooling solution of Intel's new NUC 13 also makes this unit quieter than its predecessors under heavy loads.

On Intel's new NUC 13 Compute Element card is support for up to two DDR5 SODIMM modules, which for our test kit features two 16GB Kingston Fury Impact modules that ran at  DDR5-4800 speeds, though it is worth noting that this NUC does support DDR5-5600 memory. 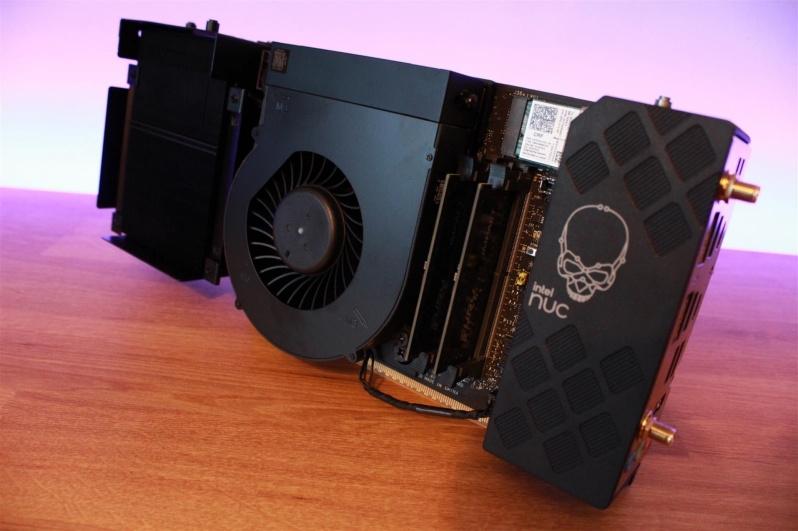 Looking at the rear of Intel's 13th Gen NUC Extreme Compute Element card, we can see three removable plates that can be removed to reveal three PCIe 4.0 compatible M.2 SSD slots, all of which support M.2 2280 SSDs. These ports give Intel's latest NUC support for plenty of ultra-fast PCIe 4.0 storage devices, but no support for PCIe 5.0 SSDs. However, the NUC 13 Extreme does support PCIe 5.0 graphics cards, not that any exist yet. 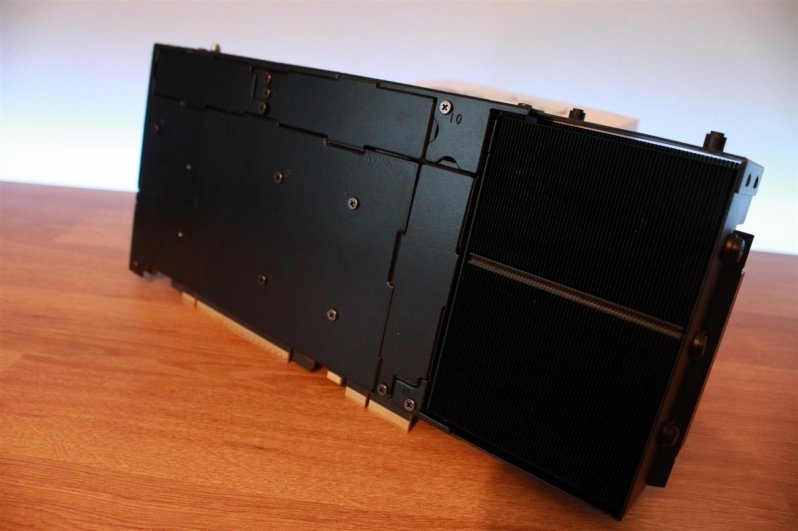 GPU-wise, this system can deliver 450 watts of power through three 6+2-pin power connectors or through a 12VHPWR connection. The unit that we tested contained an ASUS RTX 3080 Ti TUF Gaming graphics card, though the system does support Nvidia's newer RTX 4090 Founders Edition (we checked). The NUC 13 Extreme supports GPUs that are up to three slots wide and 313mm long.

The unit that we tested today featured 32GB (2x16GB) of DDR5-4800 Kingston Fury Impact memory and a 1TB PCIe 4.0 SSD. The system also contained an i9-13900K processor. For our review, we have decided to test Intel's newest NUC system as supplied, though it is worth noting that this system does support faster DDR5 memory than what Intel has supplied, and can support RTX 4090 graphics cards. That means that this system has the potential to deliver even more performance than what we will show today. 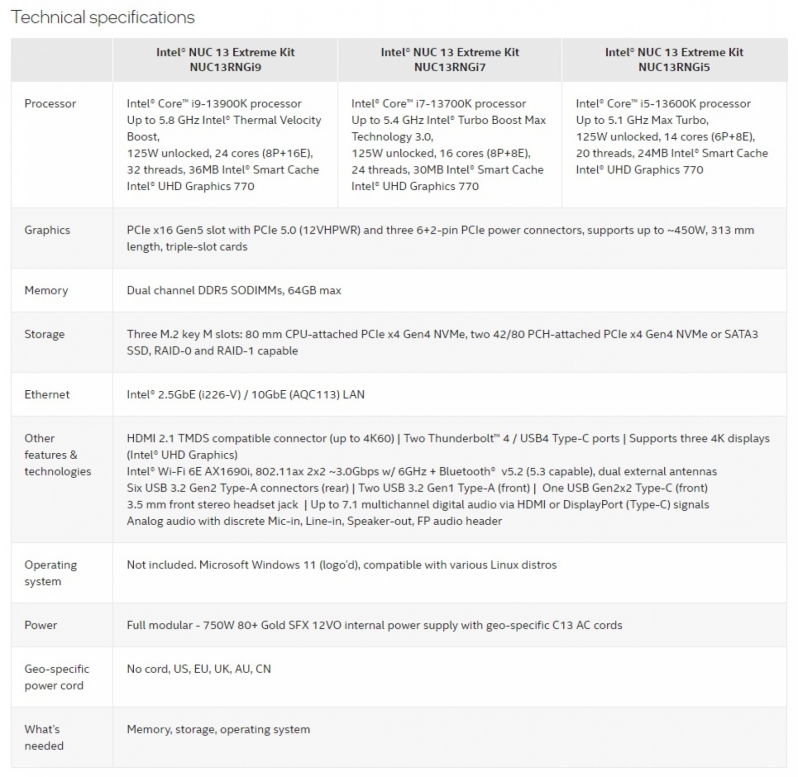