Naturally there isn't exactly a lot of cooling potential with such a small form factor, so we rarely saw the kind of potential the Core i9-9980HK has in terms of clock speed, but as you'll see on the following pages it performs significantly better than a dry CPUz might make you anticipate. The ultimate proof of the importance of actual results rather than merely looking at theoretical speeds.

This particular CPUz was taken at the end of a lengthy encoding run, by which point the cooling was saturated enough that the clock speed started to drop. Although if you plan on encoding a lengthy 4K video you wouldn't be looking at something in this form-factor. We're also not really here to test the Intel NUC as such, rather to give you an overview of what you could expect if you needed to go down this route. We think you'll be surprised. Although it has a potential ceiling of 5 GHz boosted it is more akin to the design of a laptop CPU with a base speed of 2.5 GHz. 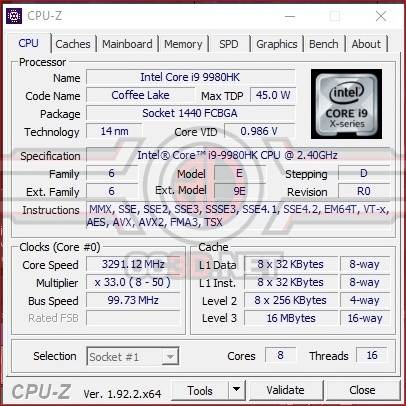 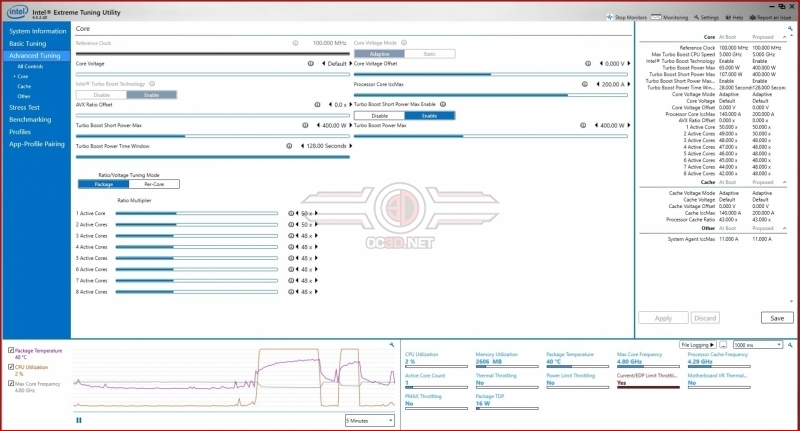