For such a thin laptop it is surprising the size of the box it comes in. It's so big we were expecting ASUS to have accidentally sent us a monitor or some such. In fact the box houses not only the laptop but a varied selection of added value features, including a padded cover for the GX501G that is a gnats chuff bigger than the laptop itself. 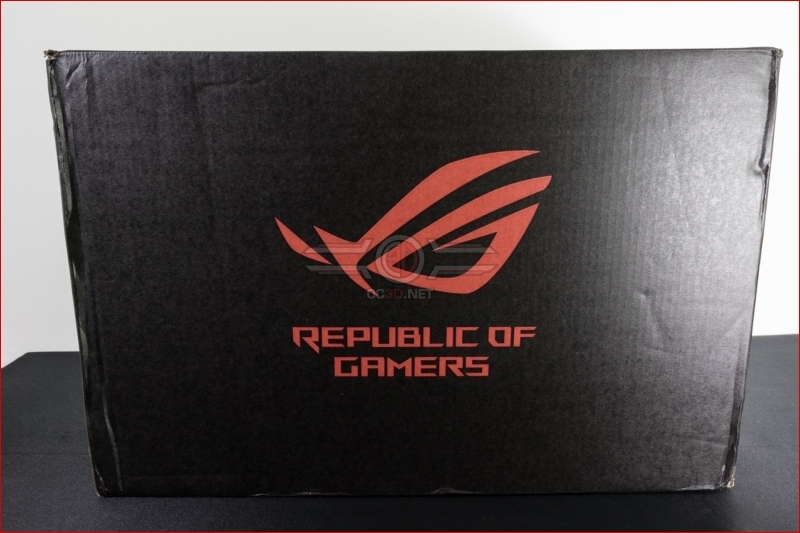 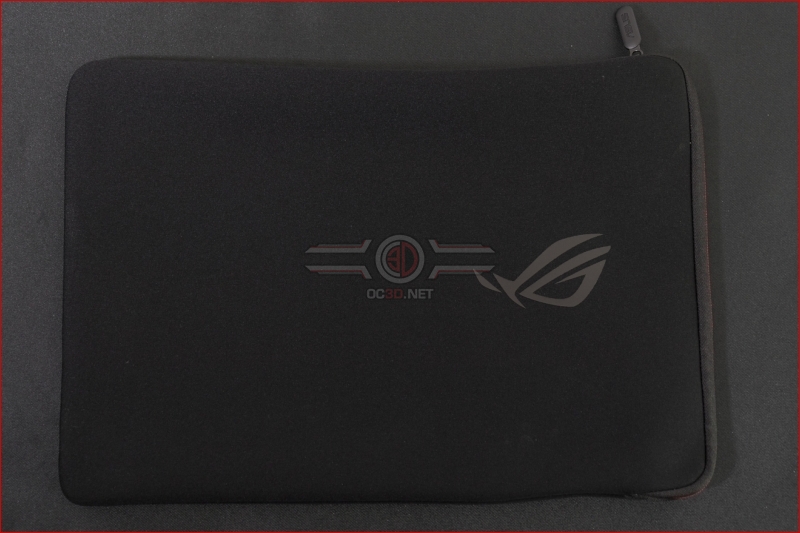 Within the huge box we find the laptop itself, but also a big selection of addon pieces. The Zephyrus GX501G has a ASUS Cerberus headset as well as a Strix Impact gaming mouse, some ROG stickers and a wrist rest. A wrist rest? All will become clear on the next page. 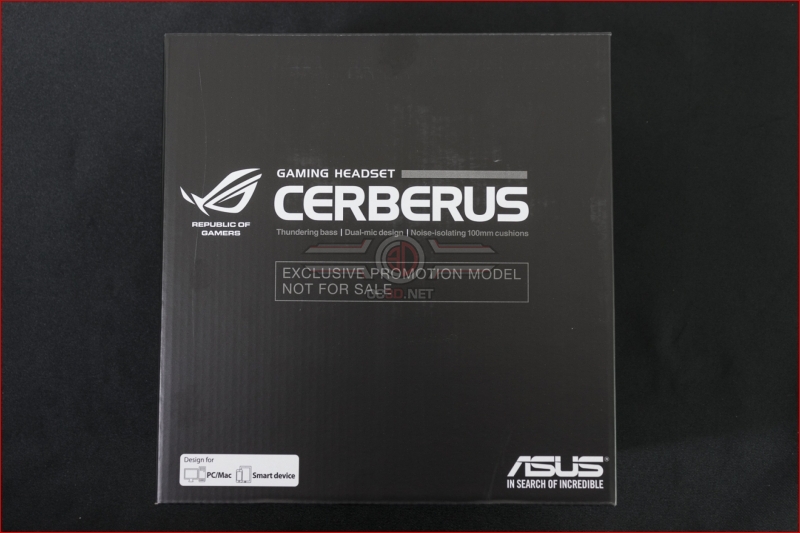 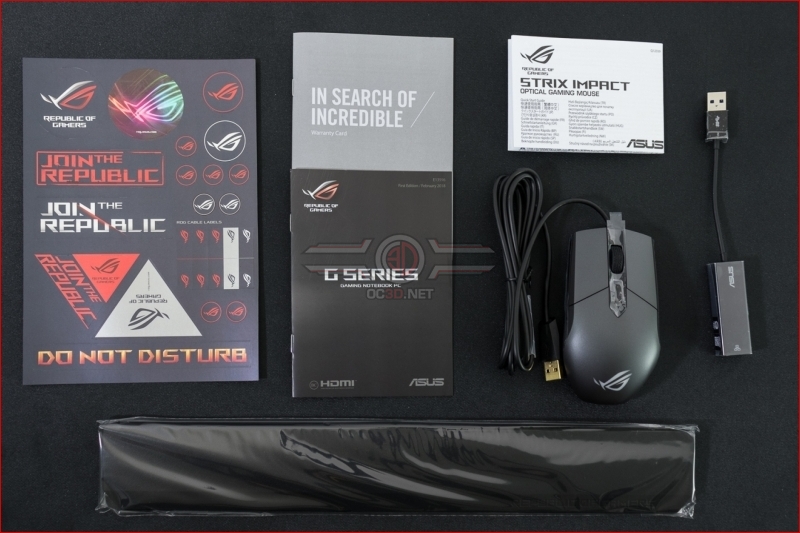 We're so used to the brick style laptop power block that the much smaller one on the GX501G came as a bit of a shock. It's still plenty powerful enough to charge the Zephyrus quickly, just without taking up so much space in your bag. 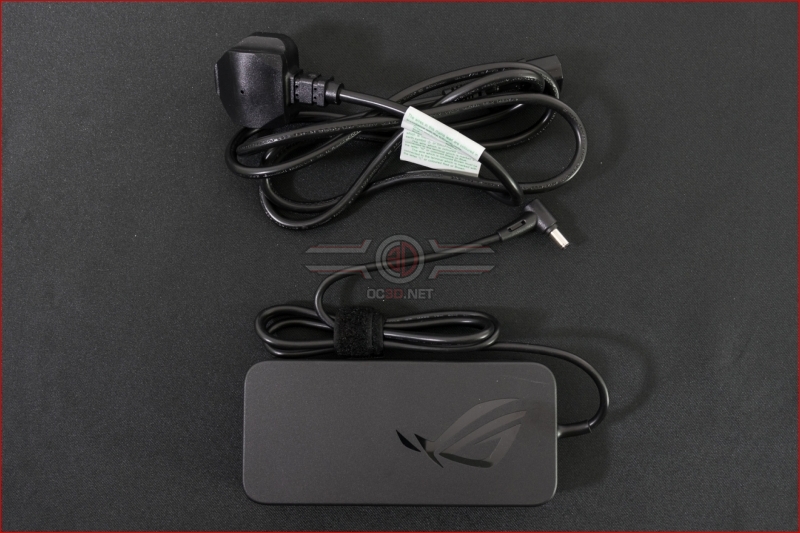 The Zephyrus is housed in a really nice feeling chassis. It's extremely thin - we'll show how thin on the next page - and the brushed aluminium finish gives a premium feel at all times. Looking at the underside you'll see a dearth of vents, but that's because the Zephyrus has a bit of a party trick up its sleeve. 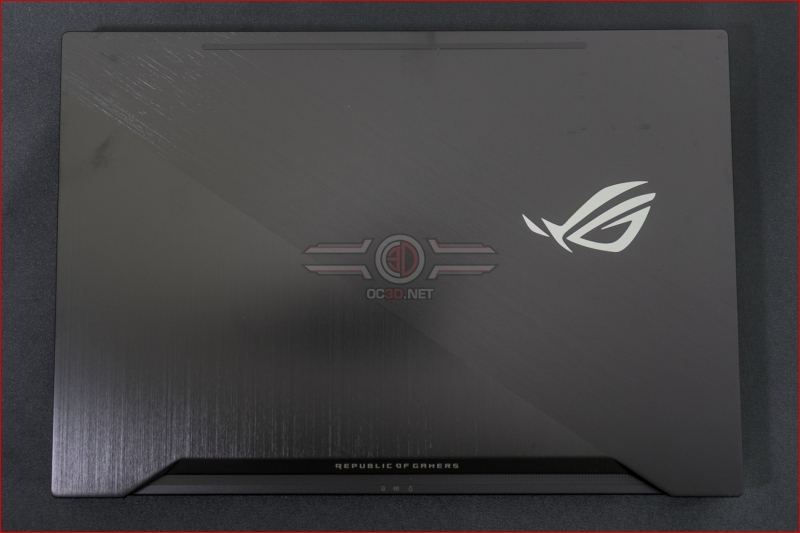 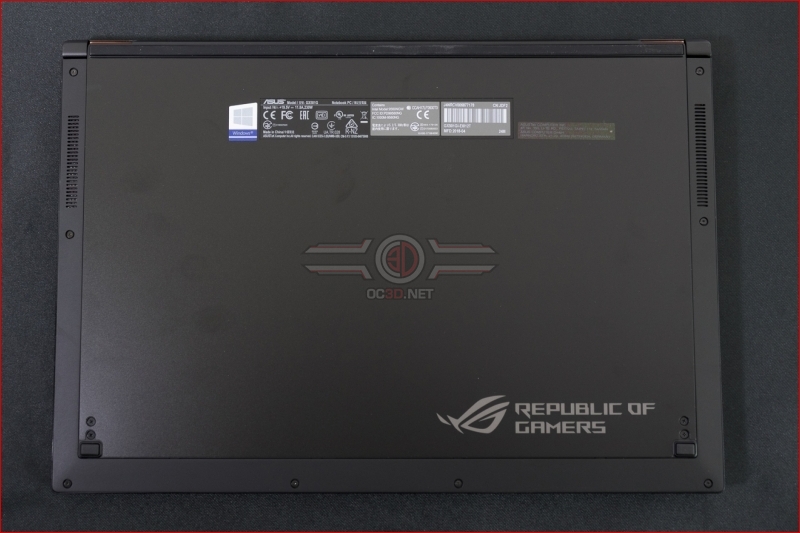 The ROG logo on the back of the Zephyrus is built up in a honeycomb style. It isn't the brightest logo we've seen but in the right light it certainly is amongst the most attractive. 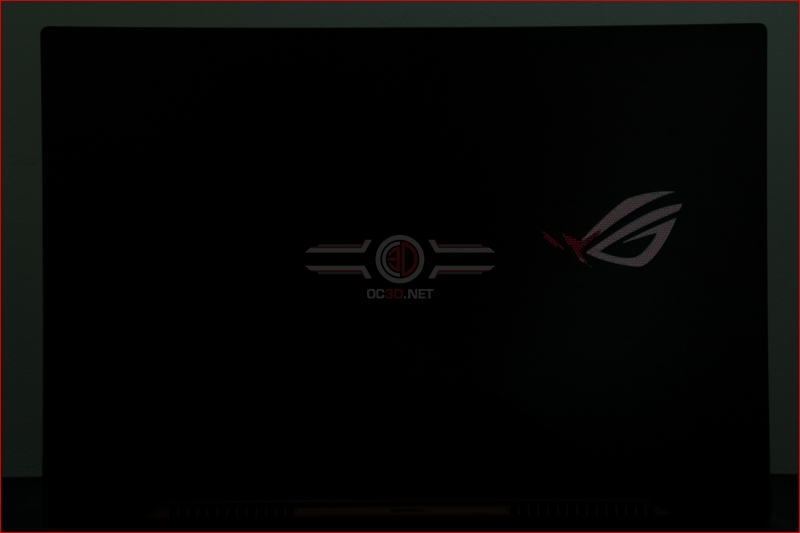