PC gaming has become much more mainstream over the past number of years, with an increasingly large number of users reported year-on-year on services like Steam and the complexity of selecting optimal game settings being taken away entirely through the use of applications like Raptr and the Geforce Experience.

With the Impending release of SteamOS and an ever increasing desire to bringing the PC gaming experience into the living room, PCs of increasing small form factors are being produced, many of which are even smaller than today's consoles the PS4 and the Xbox One.  Today we look at one such PC, the ASUS GR6. 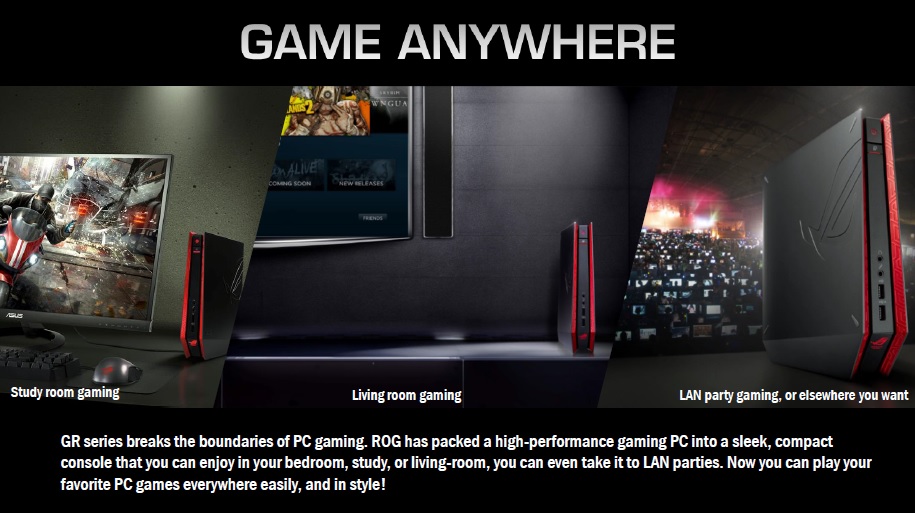 The Idea behind the ASUS GR6 is simple, to create a gaming PC which is small and performance dense and gaming oriented, allowing ASUS to create a PC which is highly suitable to many gaming demographics.

Firstly this machine is meant to be a great compact gaming machine, which simply cannot be outdone in terms of size by anything else. Most gaming motherboards are larger than this PC, making this a highly attractive option as a console replacing living room PC, a highly mobile LAN rig or as a small office PC which would be suitable for those studying at University, or who just need a compact PC with a decent amount of graphical horsepower. 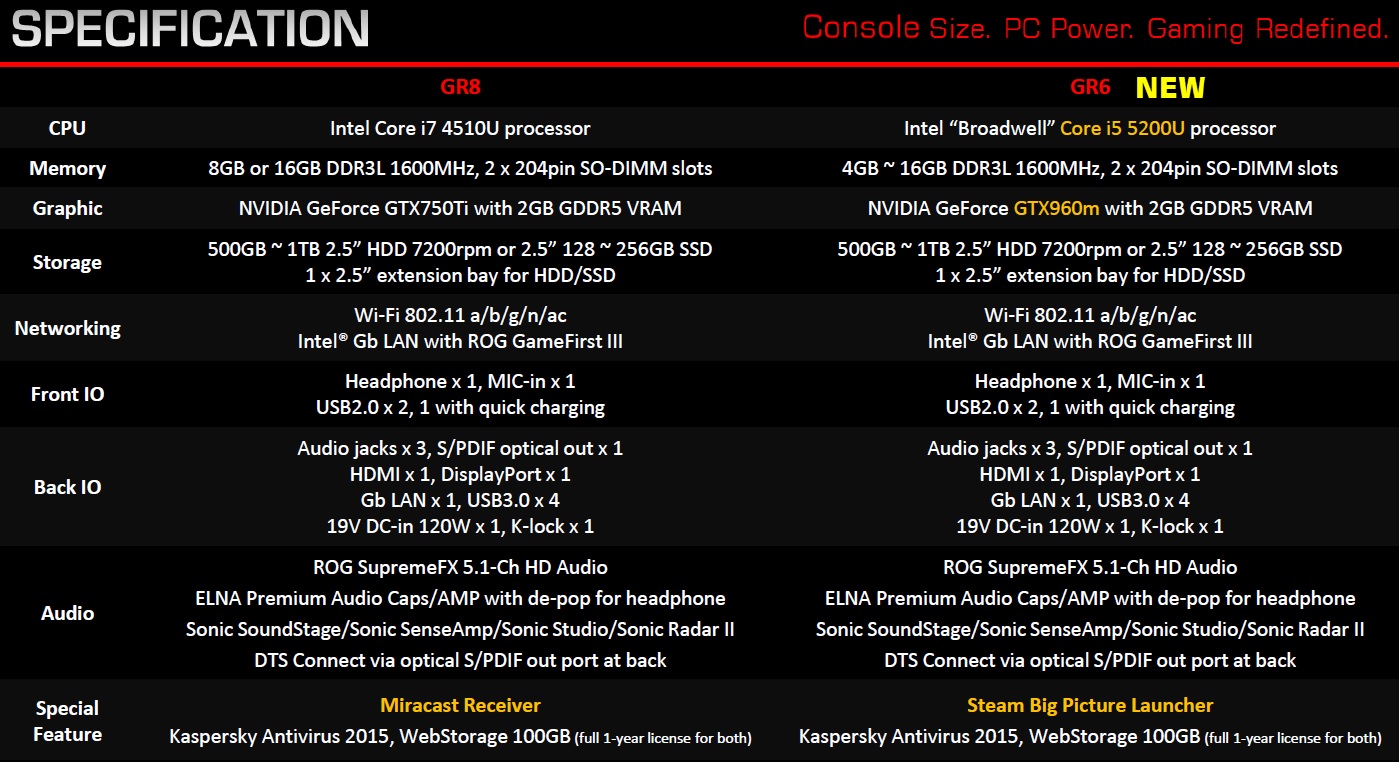 In terms of Specifications, the GR6 is built with a different philosophy than the GR8, with the Haswell-Based i7 on the GR8 replaced with a dual core Broadwell-based i5 and the desktop grade GTX 750Ti is replaced with a Mobile oriented GTX 960m.

To put things mildly ASUS have taken away from the CPU strengths of the GR8 and placed a lot more focus on the GPU. The Mobile GTX 960m will outperform a GTX 750Ti in games, making the GR6 a much more appealing gaming PC than ASUS's GR8.

The move from an i7 to an i5 CPU also makes this console sized PC significantly cheaper, making the GR6 have a retail price of around £649.99 compared the GR8 which is £749.99

demonking
Does the steam button boot it to steam OS or the app in windows?Quote
Reply