If you've been following the rapid rise of the M.2 NVMe products it can't have escaped your attention that Samsung are usually the brand that move the whole market forwards. From the 960 and 970 we've seen speeds that were truly jaw dropping, and the rest of the world has been playing catch up.

Of course the world of PC hardware manufacturing is about the most adaptable on Earth, so naturally it never takes very long at all for Samsung's rivals to reach the same heights. Equalling is one thing, but in such a competitive market it's also important to gain an edge on the competition and that has usually been done with price cuts, taking a product which has previously been strictly for the dedicated enthusiasts and bringing it within the pockets of the mainstream user.

Samsung are never one to rest on their laurels and have returned to the fray with an update of their 970 EVO. Not quite a full upgrade, else it would be the 980 we'd guess, but combining beefier hardware - 96 layer V-NAND and updated Firmware - to pull the 970 EVO up closer to the 970 Pro, and a reduced price point to challenge their competitors and find a way for everyone to be running a Samsung M.2.

Just being quicker isn't everything. Reliability is a keyword in digital storage and the 970 EVO Plus passes the 1000 Terabytes Written (TBW) on the 2TB option and 600 TBW on the 1TB model that is the focus of today's review. Not only that but the 970 EVO Plus comes in the compact 2280 form factor ensuring it will fit in any motherboard with a M.2 port.

With the market already saturated with high performance NVMe storage solutions, does the Samsung 970 EVO Plus offer enough to stand out from the crowd? Let's find out. 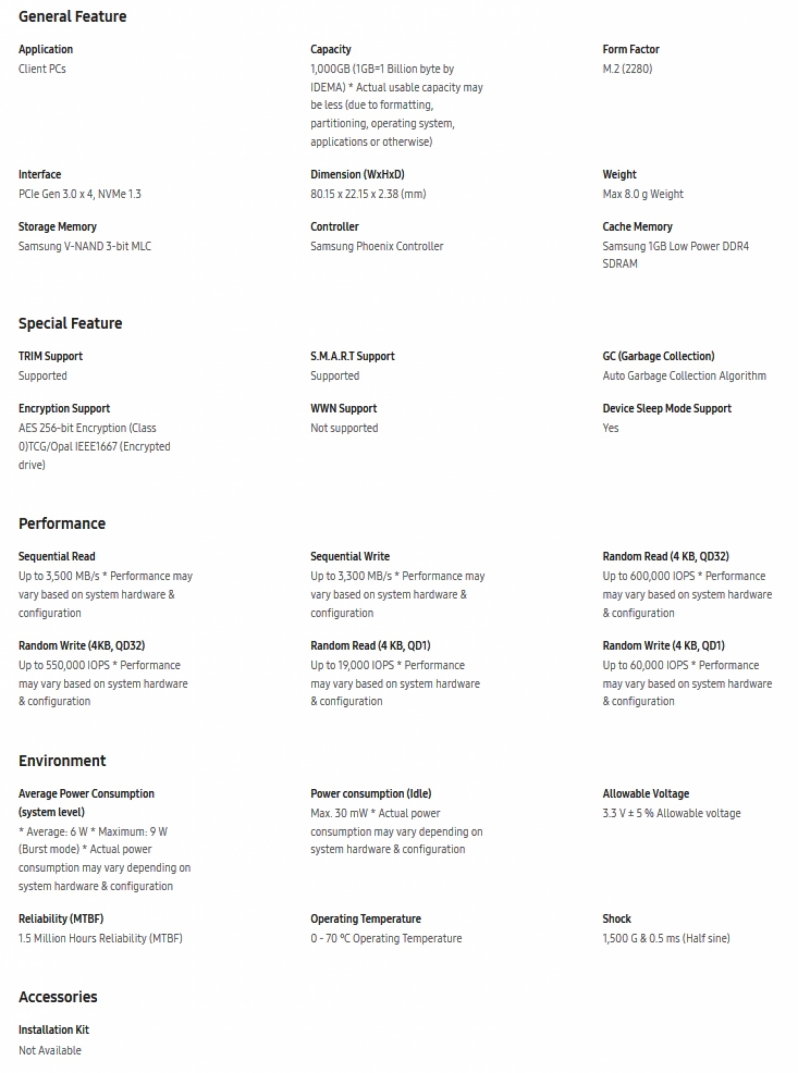