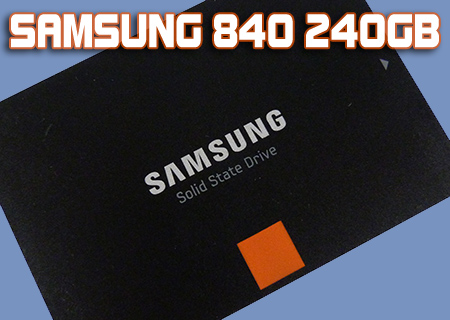 This time last year we took our first look at the Samsung 830. It was a drive that made a lot of sense, especially as Samsung make the memory chips for nearly every SSD on the planet. In the end we found that it was very good indeed, just lacking a little at the top end of the speed range.

The past year has seen an influx of huge performing SSD's, and with the price per GB plummeting there is absolutely no reason not to have at least one SSD in your system, and not one so small you can only just squeeze the OS onto it either.

Samsung have released the 840 in three flavours. We have the standard model with 3 year warranty and TLC NAND, the 840 Pro we're reviewing today with a 5 year warranty and the faster MLC NAND, and it's available as the simple drive option, or with a mounting kit and sundries too. The 840 Pro is aimed at the Enterprise crowd, and enthusiast users. We all love stuff that's been engineered for the Enterprise market thanks to the speed and reliability, so the 840 Pro could be just the thing to make your gaming rig fly.

At a glance you might be forgiven for thinking this is the same as the old drive. Both were (in review form) 256GB models with a SATA6 interface. However this is Samsung we're talking about so beneath the hood all is very different.

The original 830 had 133Mbps NAND, this has 400Mbps. The original MCX controller was a 220MHz ARM 9, whereas this has a tri-core ARM Cortex R4 at 300MHz. As well as the big jump in general speed the 840 has built in AES256 Encryption, ensuring your data remains safe and secure. The biggest claimed improvement is in the small block size, which was the one area we really felt the 830 was lacking.

Finally whereas a lot of drives utilise compression to help keep up the attention grabbing numbers up, the Samsung 840 Pro doesn't compress the data, meaning that no matter what type of file you're using you'll see the same speeds across the board. If you think about RARs, Zips, JPGs and MP3s, you'll realise how many file types you use that already are compressed and therefore will transfer slower on a drive that compresses your data, and therefore how fast the Samsung 840 remains in all scenarios.

gligoran
Great review! Are you planning to do one on the non-pro version of the 840?

Still waiting for my first SSD
hopefully in 2013 now.Quote

Spiderz
Lasts forever in a day (supposedly) and blisteringly fast? Think I found my SSD of choice when I eventually get one.