With video formats such as MPEG4, DIVX and SVCD being the 'norm' for content downloaded from the internet, it is becoming increasingly difficult to simply watch your downloads on an ordinary Television. Most users opt for using conversion software to turn these exotic compressed formats into something can be written to CD or DVD and read directly by their DVD player. However, converting full length movies can be extremely time consuming and wasteful of blank media if you simply want to watch the downloaded item only once.

Many users have gone to the extreme of setting up an entire 'HTPC' setup purely for watching downloaded media. This is often very expensive as components for a whole computer system are required along with a HTPC friendly Operating System. However, German manufacturer Raidsonic may well have come up with the answer in their recently released Icy Box IB-MP301 External Media Player. Capable of reading formats such as SVCD, MPEG4, DVD, VCD, DIVX and MP3 from the internal 3.5" IDE hard disk (not included) and using its own proprietary operating system, the IB-MP301 seems to combine everything needed to take the pain out of watching your movies on the big screen.

The following information has been taken directly from Raidsonic's website located here. 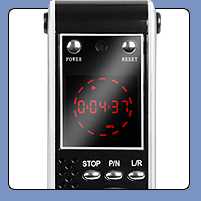 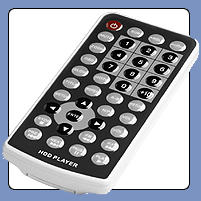 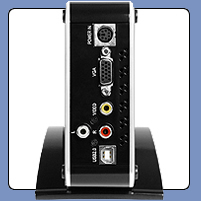 With support for over 15 different file formats including images and audio as well as video, the Icy Box IB-MP301 is certainly well equipped for any files downloaded from the internet that you might want to throw on it.
«Prev 1 2 3 4 5 Next»

Rastalovich
Great read m8. All through the descriptions I kept stopping and thinking "hmm ageing tech.." - then getting to the end and seeing the price tag, it`s pretty decent.

I couldn`t see myself buying it to house my DVD collection, as frankly it wouldn`t fit (limiting to 500g), but I could however see myself filling it with all music, photos/pictures and maybe music videos. Even tho that`d probably only take perhaps a safe 200g.

For the price I think it`s great, not a movie thing for me tho.Quote

JN
Quote:
Yeah agreed. In all honesty I can see it appealing more to people who download things like episodes of Lost, 24, Simpsons etc off the net (note: I don't condone this!) and just want to be able to watch it on a big screen without faffing around burning it to disks.Quote

Barnie
one thing i will say is the manual is pretty poor, offers no problem solutionsQuote

JN
Quote:
Hi Barnie, What problems are you having? I'll try and give you a hand as I was the one who wrote the review. If not, we also have a supported Icy Box forum here: http://forum.overclock3d.net/forumdisplay.php?f=148Quote

I wonder if, as the reviewer, you would be so good as to tell us what the solution was that Raidsonic provided you with to format a HDD in the unit.

I have formatted a 500g drive using mac OSX, which works ok except for the fact that the unit only recognizes 3000 of the media items stored on it.

When I try to format it using a windows XP machine, the unit doesn't recognize the disk at all.

I have tried to contact Raidsonic myself, but after three days they have not responded.