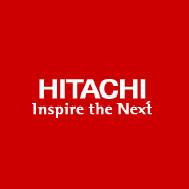 What I draw exception to on harddrives these days, and not this one in particular, is that the mounting holes on the left and right side that astride the pcb mount still do-not protect the pcb from screws being used that are too long.

To the rear of the drives (the non pcb) there is an enclosed space where the screws can draw into and then hit if they`re too long.

As an example I mounted a 1TB WDC drive, to which the makeup is almost exactly the same as this drive according to the nice pics. In moving the drive from one cage to another I happened to use case-style screws and 1 of them happened to be millimeters longer than the others. As a result it was shorting something on the non visible side of the pcb.

On boot, the mobos I tried it on (whilst keeping it in the same cage) reported "disk not reset info!" or similar, taking it out of the cage completely it went through ok, on doing so I noticed the 1 screw was that much longer than the rest - hey a case-type screw is a case-type screw.

All it requires is an enclosed area like the rear two screw-holes have and it saves a bunch of trouble. It`s not like the harddrive people always enclose screws for u, so u often delve into the "similar screws" box u have laying around.

Meh, the drives are great performers tho, can`t argue with that.Quote

PV5150
Quote:
Thank you mate and I totally agree, it leaves next to no margin for error.Quote

Not sure who at the point in time needs 1000 odd gigs of storage but a good drive none the less.

PV5150
Thanks mate for the feedback and I'm glad you enjoyed the review. Although many people probably wouldn't need 1TB of storage, it's certainly cheap enough to nowQuote

Diablo
I bought 1TB of storage when I got my new rig just because it is that cheap. I maybe could fill up 500GB straight off if I was that way inclined to rip DVDs etc. On the other hand, I'm off to Uni and having near limitless amounts of disk space may be useful in the event I can't pop down to the nearby shops to buy extra HDs. (The joys of living in Manchester, so many cheap suppliers, so little time (so much rain))Quote
Reply