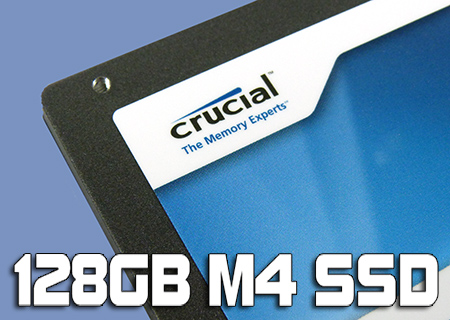 As the 6Gbp/s version of the SATA interface becomes more prevalent amongst users, so we have more and more drives taking advantage of the enormous bandwidth available to them.

Solid State Drives have had particular benefits. Whereas we once considered 150 MB/s to be a seriously quick drive, now we're in the realms of 300 MB/s and beyond. Indeed current 3Gbp/s drives seem positively sloth-like in comparison.

One of the first drives we saw with full SATA-III compatibility was the C300 from Crucial. This had serious read speeds but, like so many SSDs, had some write speeds that left something to be desired. Now the replacement for the C300 is upon us in the form of the Crucial M4.

As Crucial are owned by the Micron Technology group, so the M4 is replete with a full array of Micron chips on board. Whilst the controller isn't capable of the same enormous burst speeds of the SandForce controller, what it lacks in a little top end speed it makes up for in affordability. 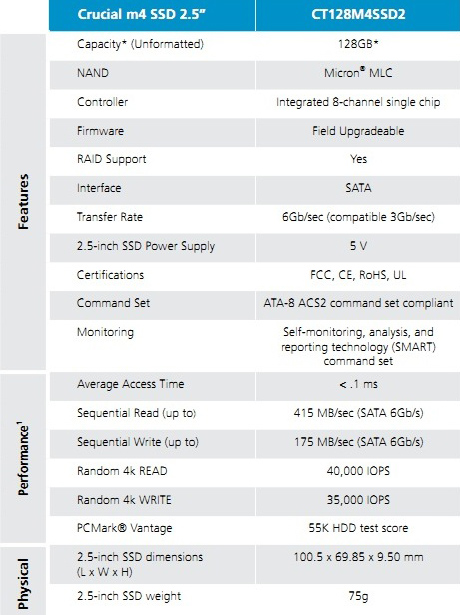 i am lurved up with this

Great drive, great speeds, and that's even when the drive fills up.

PS I updated mine (before I installed anything on it) to firmware 0002, and I've not had a single issue yet, and that's with RST running.Quote
Reply