We have long mentioned the importance of having a responsive storage solution to enhance your entire computing experience. You only have to get used to the speed of an SSD or even a M.2 drive and then be asked to look at a friends computer that is running a mechanical to remember what it was like in the bad old days. Everything takes a week to happen, no matter how much hardware you throw at the problem.

Solid State Drives actually work the opposite way. Whereas no blistering CPU will ever be able to overcome the slowness inherent in a mechanical drive, so a SSD can speed up even the wheeziest old system and make every action more responsive than it was before.

What, then, if we took this to its logical extreme? What if we took the fastest drives around and paired them up in RAID0, ran them via the PCI Express bus, and saw what kind of figures it is possible to obtain? That sounds like a job for our occasional OverKill3D series.

Enter Intel with four of their latest 760P Series M.2 NVMe drives, in 1TB capacity, and ASUS' Hyper M.2 x16 RAID card. With the potential to break through the 10000 MB/s threshold we were salivating at the prospect. Does it deliver? Let's find out.

There are many things we could focus on here, from the super-low power draw to the fast sequential speeds - 3230 MB/s - or high IOPS rating, but we quite like the 1.6 million hour mean time between failure. Over 180 years of likely survival. Although we think the 576 Terabytes Written will probably be hit before then. 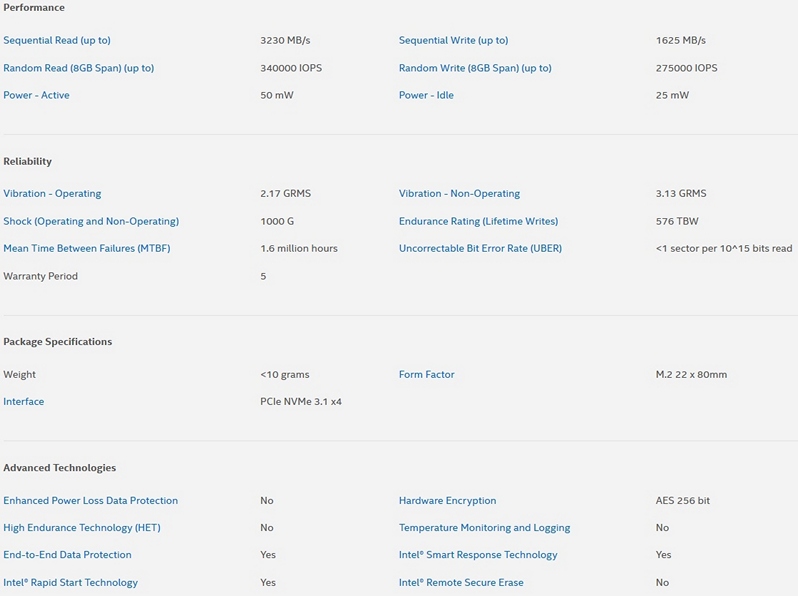 AlienALX
Look at it. Just. Look at it !Quote

Shader
Hi, i am trying to get a 4x 1TB 760p vroc raid to work using the Asus Hyper X card. It only shows 1 of the 4 drives, no matter what i change. Now Intel told me, the 760p drives are not vroc compatible on x299 yet since this plattform only supports their slow datacenter SSDs, which would make the hole thing pointless. Did you not have any issues during setup?Quote

tinytomlogan
Quote:
If youre only seeing one drive in windows its all down to BIOS settings. You 100% need an Asus X299 motherboard on the latest bios to get it all working. You even set the raid up in the BIOS.....Quote

Shader
Quote:
I have the Asus x299 Sage mainboard and i am seeing only one drive in bios after activating vroc mode. Tried all bios versions. I am just curious that it seems to work on the rampage board used for this article when i was told the problem is that the 760p are not officially supported for vroc on the x299 plattform yet.Quote
Reply