For starters, we will say again that our performance data does not come from Zombie Army 4's integrated benchmarking tool. We found that it does not represent gameplay, so we decided to conduct all of our game testing in gameplay. As a general rule of thumb, if you average framerate is over 60FPS in the benchmark, the real game will run at 60+ FPS under most circumstances.

At 1080p, it is incredibly easy to run Zombie Army 4 at 60FPS at Ultra settings. Every graphics card that we tested ran the game with average framerates of 70FPS or higher, which is great news given today's used pricing for AMD's RX 580 and Nvidia's GTX 1060 graphics cards.

This trend will change at higher resolutions, but for 1080p gameplay, Nvidia offers the strongest performance.

On AMD graphics card, DirectX 12 and Vulkan offers seemingly identical performance in Zombie Army 4, but on the Nvidia side, Vulkan delivers the strongest game performance. Every Nvidia graphics card tested features slightly higher performance under Vulkan, with the GTX 1070 being the only exception with marginally worse performance. 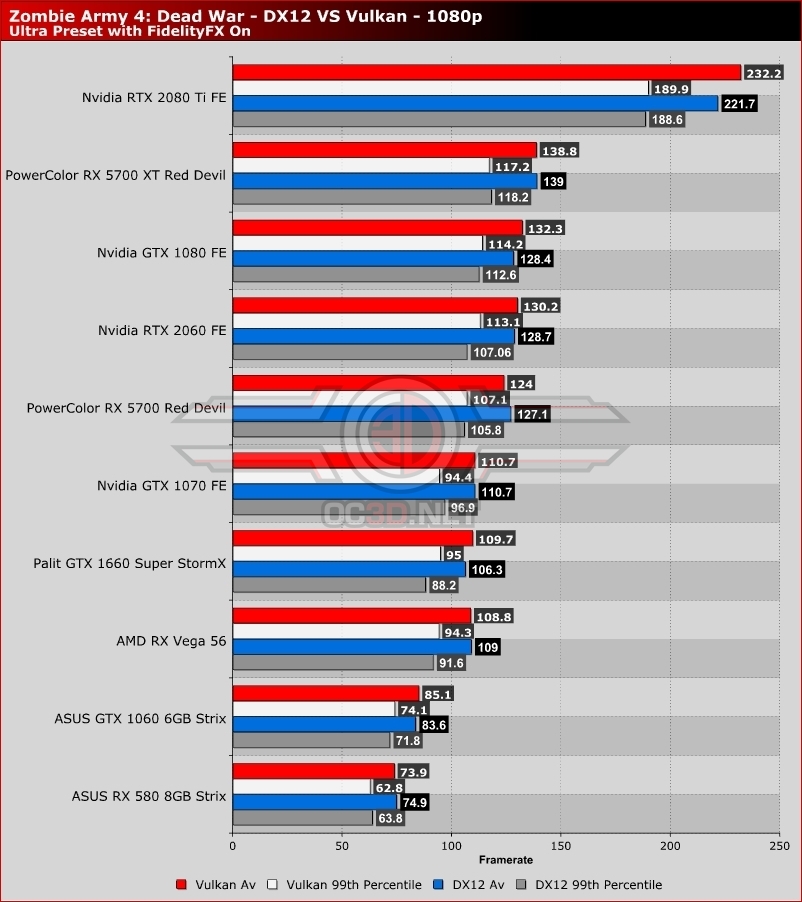