When looking at the graph below, we can see two things; first, that Yakuza Kiwami 2 is CPU limited when testing anything above our RTX 2060 at High settings on our 4GHz i7-6850K and secondly that it takes a lot of GPU horsepower to run the game at over 60FPS at 1080p.

Yakuza Kiwami 2's PC system requirements stated that the game needed a GTX 1070 or an RX Vega 56 to run at over 60FPS at 1080p High settings, but our testing has proven that these framerates are possible on the game graphics cards under Ultra settings. That said, page 10 should show that the performance difference between these presets is minimal.

On the low-end, we can see that our RX 380 is capable of 1080p 30+ FPS gameplay, which is a feat that the PlayStation 4 version of the game cannot match, running at 900p 30FPS. That said, some cutscenes will dip below 30FPS on this graphics card, with gameplay staying over 30FPS in our demanding test area.

Our GTX 960 does fair quite as well, but lowering a few settings, such as SSAO, or reducing the resolution scaler by a few percentage points will remedy this. 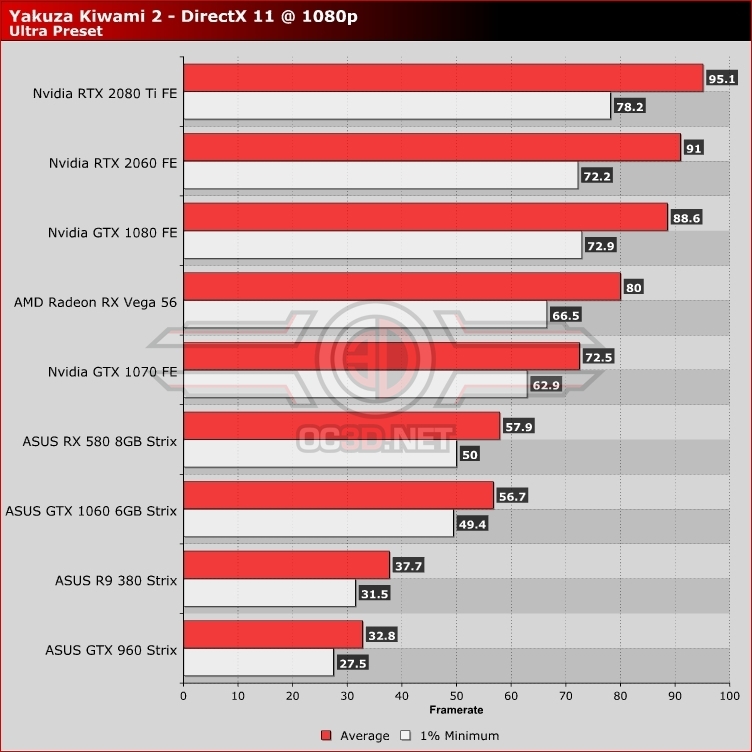