In our 1080p testing, we found that Yakuza Kiwami 2 only offered a tiny bit more performance with an RTX 2080 Ti than when using an RTX 2060 graphics card, showcasing an extreme limitation to game performance based on CPU specs.

On most systems, playing Yakuza Kiwami 2 at over 100FPS would be too challenging for most modern processors, with only Intel's 5GHz Kaby Lake i7 or higher processors standing a chance. Yakuza may be able to use a lot of CPU cores/threads, but that doesn't mean that the game isn't primarily single-thread limited. 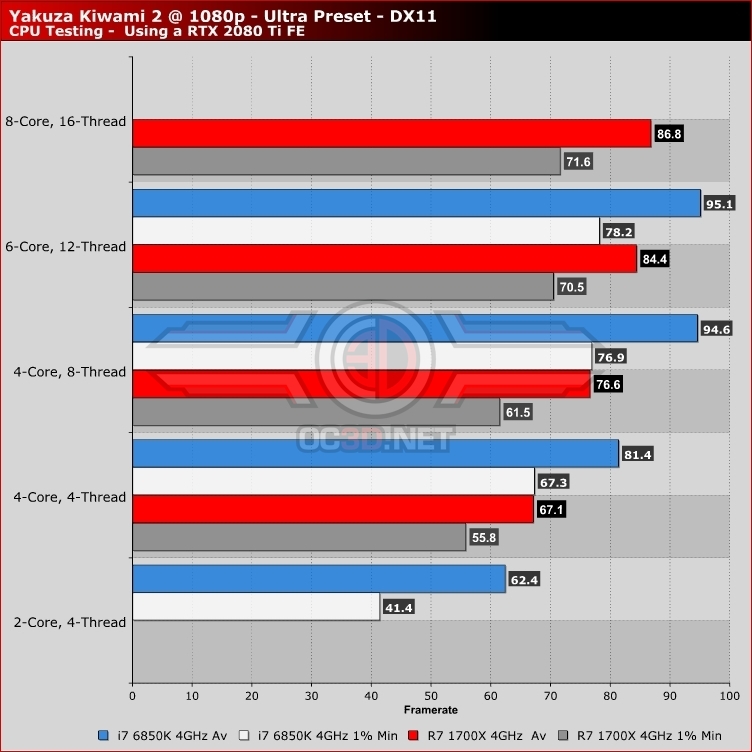