Wolfenstein: Youngblood promises to be a demanding release from Machine Games, requiring a minimum of 4GB of VRAM according to the developer's system requirements. We will put this to the test later with our R9 380 and GTX 960 graphics cards, but it seems clear that sub-4GB frame buffers will soon be inadequate for high-end gaming experiences.

With AMD's Ryzen 5 1600X being recommended, it seems clear that Wolfenstein: Youngblood is designed to run with more than six processing cores, which is good news for those with multi-core systems. We will look into Wolfenstein's CPU performance later on page 5. 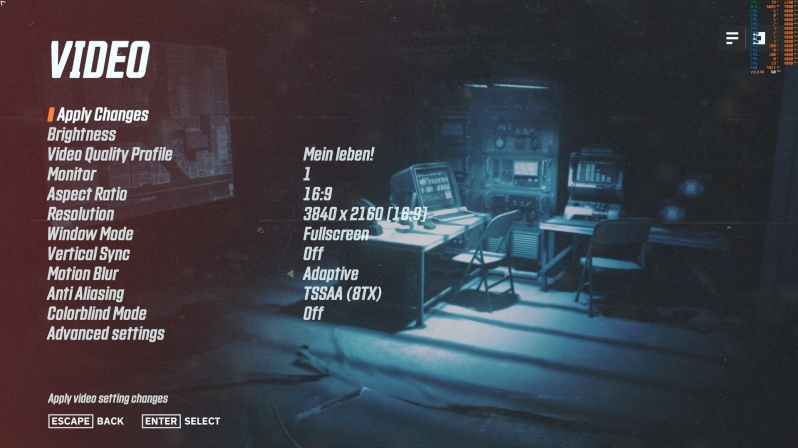 Wolfenstein: Youngblood offers players with a multitude of graphical options, ranging from the usual Low, Medium, High and Ultra presets to higher-end profiles called Uber and Mein Leben!, which translates to "above" and  "My life" respectively.

During our testing, we will have a look at how these presets impact Wolfenstein: Youngblood's performance and VRAM utilisation. Users of 6GB graphics cards will be able to handle the game's Mein Leben! preset with relative ease at 1080p and 1440p, though more VRAM can be used at 4K. This game can be a VRAM hog at times, but the game still looks great at lower settings.