When we learned that Creative Assembly abandoned their work on DirectX 12, which was available in "beta" form in Total War: Warhammer I/II, we were admittedly disappointed, especially given its consequences for users of Radeon graphics hardware.

DirectX 12 was used to better access the performance offered by AMD's Radeon graphics hardware, utilising Asynchronous Compute and other performance-enhancing features. With Three Kingdoms being DirectX 11 only, the game performance on Radeon-based systems now lags behind that of similarly powerful Geforce-powered setups.

When comparing the Radeon RX 580 and the Nvidia Geforce GTX 1060, the Nvidia graphics cards wins by a landslide. Three Kingdoms is a game that runs best on the green team's graphics hardware.

As far as presets go, most players of Three Kingdoms should aim for the title's high preset, as it offers the best graphics/performance ratio. Yes, higher presets/settings look better but the performance benefits offered by High are more than worth the downgrade. Users of lower-end systems will also have a great time with Three Kingdoms' Medium preset. 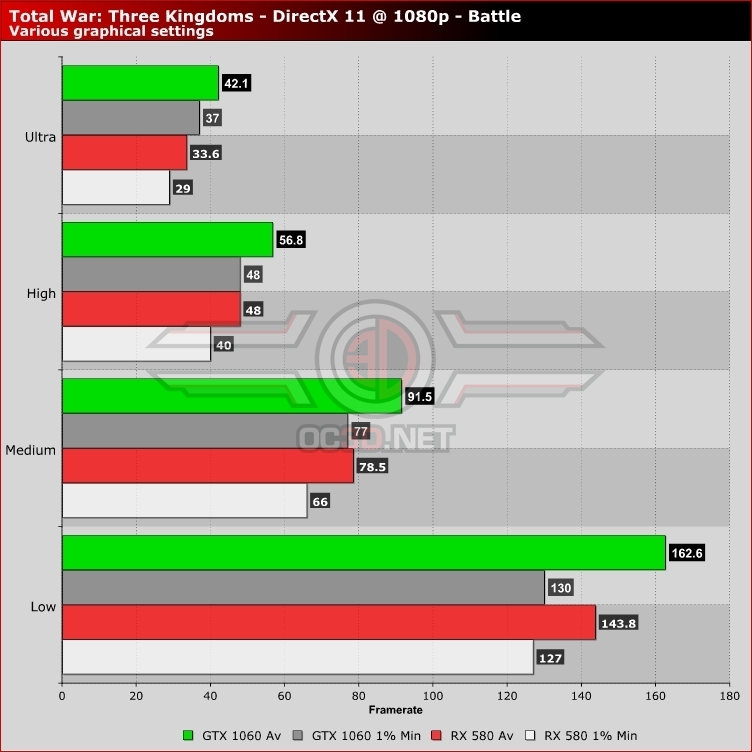 In Total War: Three Kingdoms' Campaign mode we see a similar performance trend to the title's battle scenes, with Nvidia delivering a larger performance advantage in some cases. 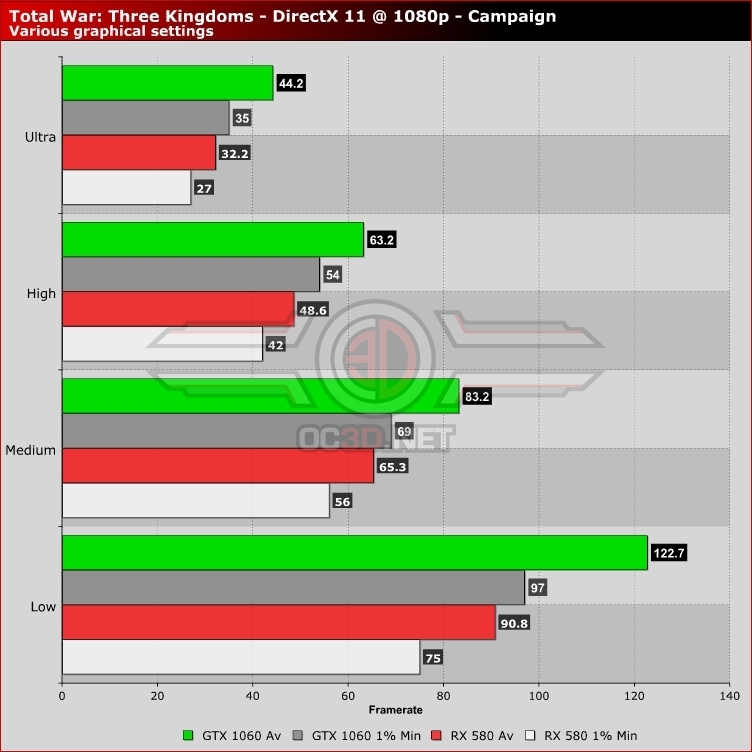