To start, we will remind you that Total War: Three Kingdoms' default texture quality settings are defined by the user graphics card, not their chosen in-game preset. Simply put, if the player's graphics card has enough VRAM, the game will run at the highest texture quality option available. In the case of 4GB or larger graphics card, Ultra Textures will be selected. As such, the screenshots below are all taken with Ultra texture settings, as even today's low-end gaming graphics cards offer at least 4GB of VRAM.

Cranking the game up to the medium preset presents players with larger unit sizes, increased grass/foliage detail levels and draw distances and enables higher fidelity details on off-map features, as is visible on the game's distant mountains. Shadows have also been added to the scene, adding a lot of extra depth to the scene. 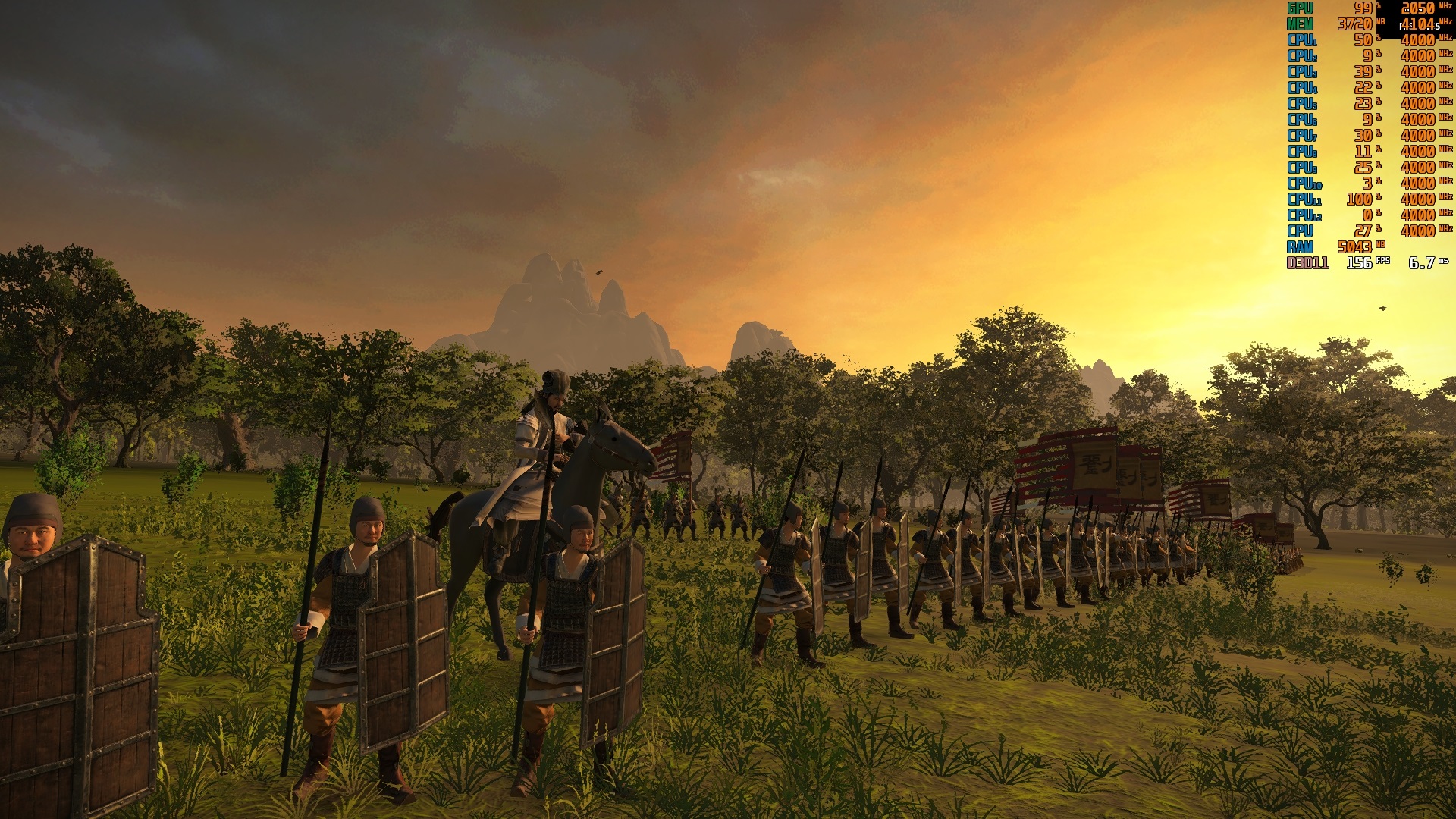 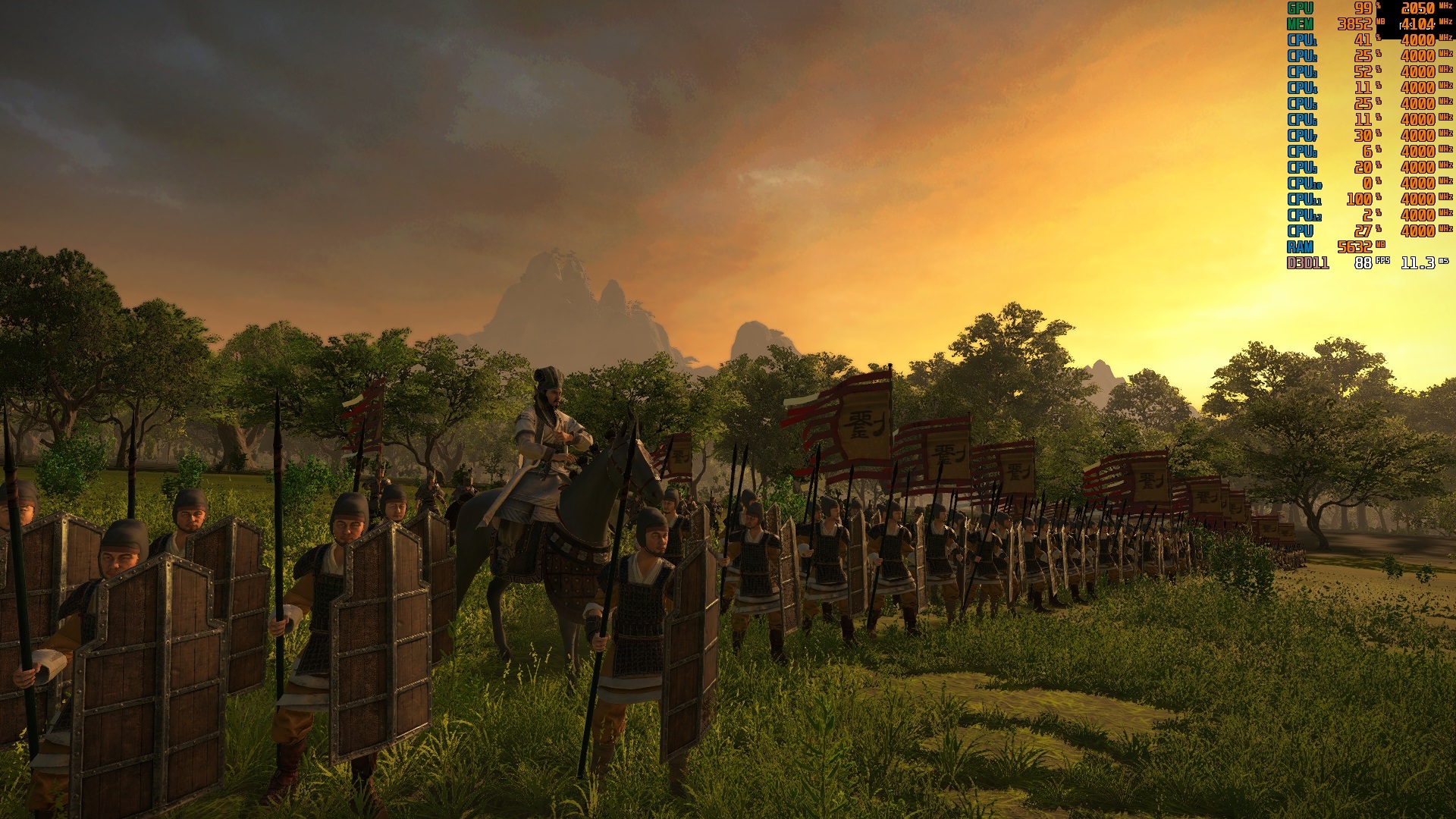 At high settings, unit sizes make another leap forward, while the game's TAA greatly improved Total War: Three Kingdom's visuals by smoothing out aliased sections of the scene, such as the grass and other small details. Unlike the Campaign mode, TAA does not deliver a sharper presentation than TAA in battle, appearing sharper in some areas and blurrier in others.

In all, TAA looks better than FXAA, as it deals with aliasing better and presents a similarly clear final image. You will notice if you switch from TAA to FXAA, with TAA offering the best final image. 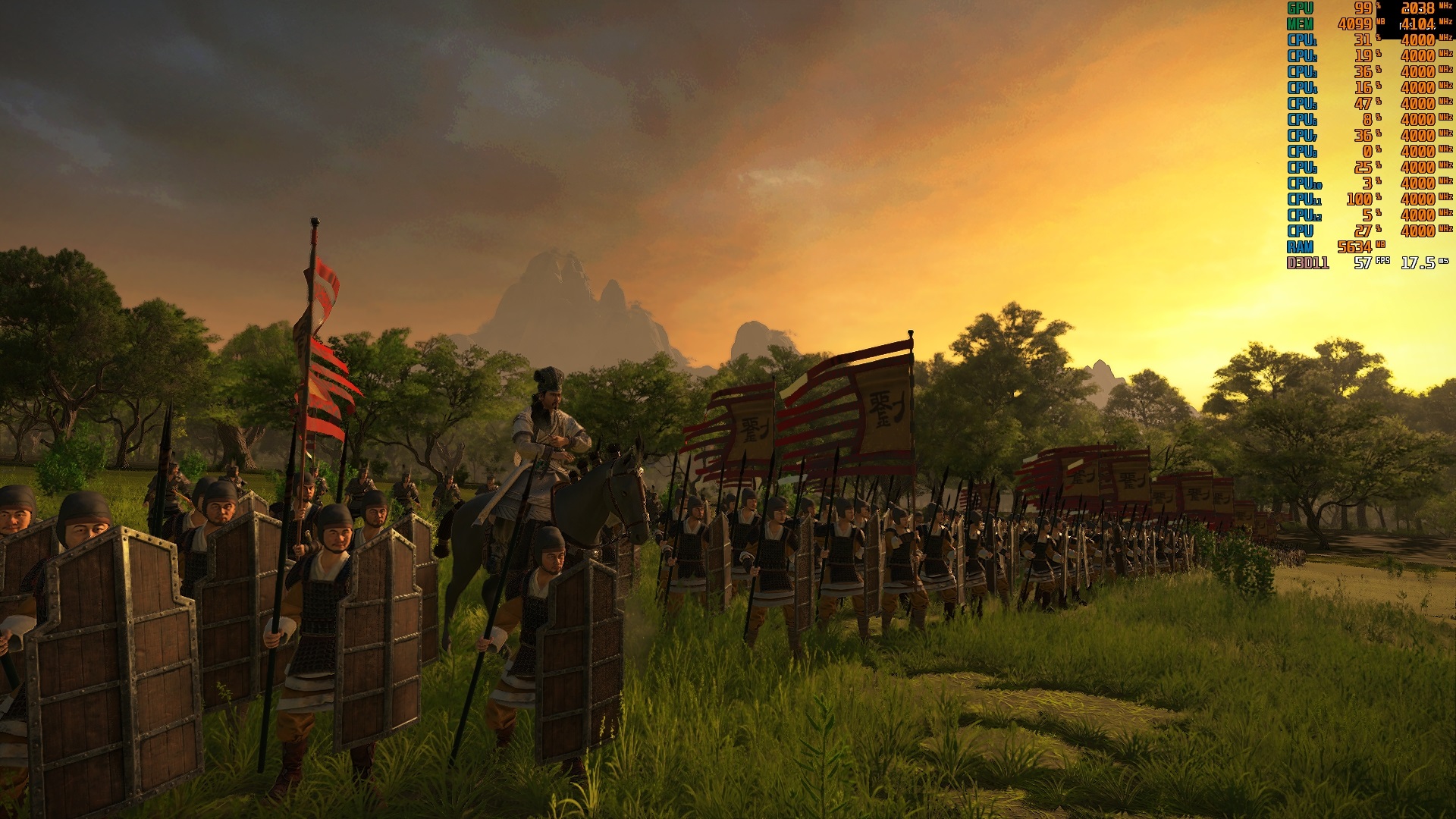 At Ultra settings we see a significant drop in game performance over high, with features like depth of field, SSAO and increases in foliage and shadow detail all having an impact on the game's framerate.

In Total War, players are surveying the battlefield and are unlikely to spot these finer details in the heat of battle, though they are nontheless welcome graphical upgrades. If you have the PC performance to spare, play Total War: Three Kingdoms at Ultra, but if you want a more playable gameplay experience, base your custom settings on the game's High preset, not Ultra. 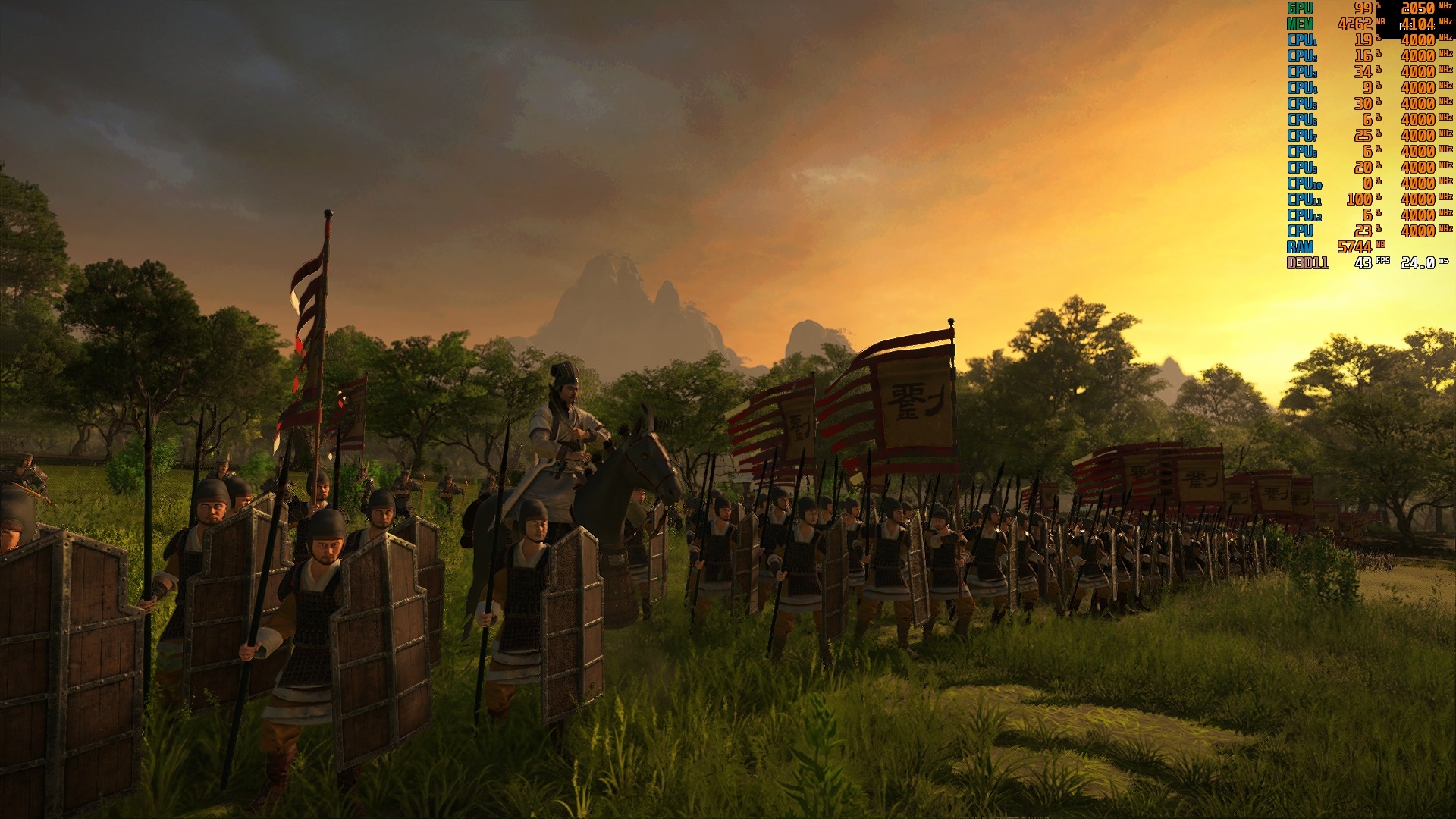