Shifting things to 1440p shows us exactly how demanding Total War: Three Kingdoms can be, shifting every graphics card we have below 60FPS, with the RTX 2080 Ti being the only exception.

The GTX 1080 Ti, RTX 2080 will also be able to pass the 60FPS average framerate target, but when it comes to the Radeon VII we are unsure. Yes, the Radeon VII is a strong graphics card, but our RX Vega 56 and RX 580 results should already show you that this game has a clear preference for Geforce graphics hardware. With that in mind, we cannot even guess at where the Radeon VII would sit on our charts, aside from "somewhere above the RX Vega 56". 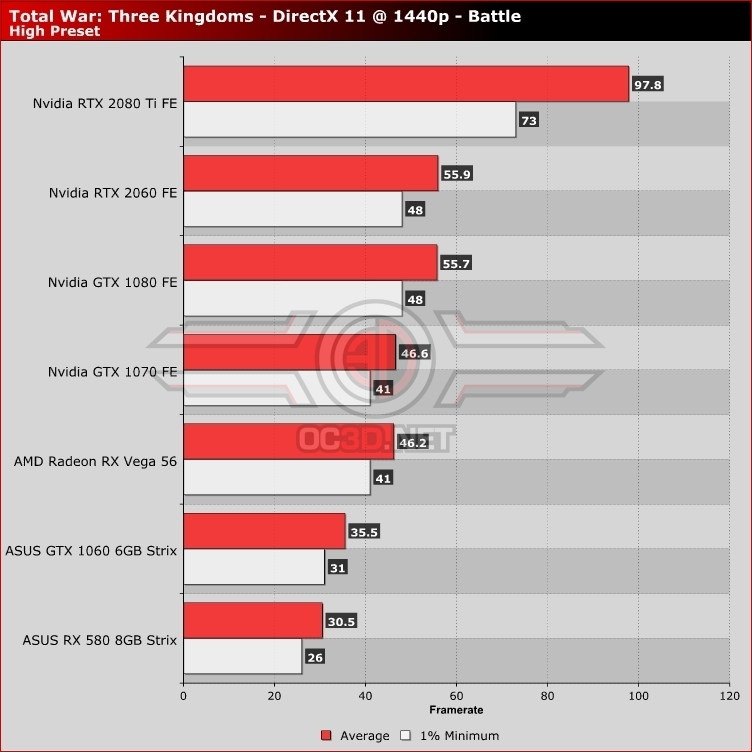 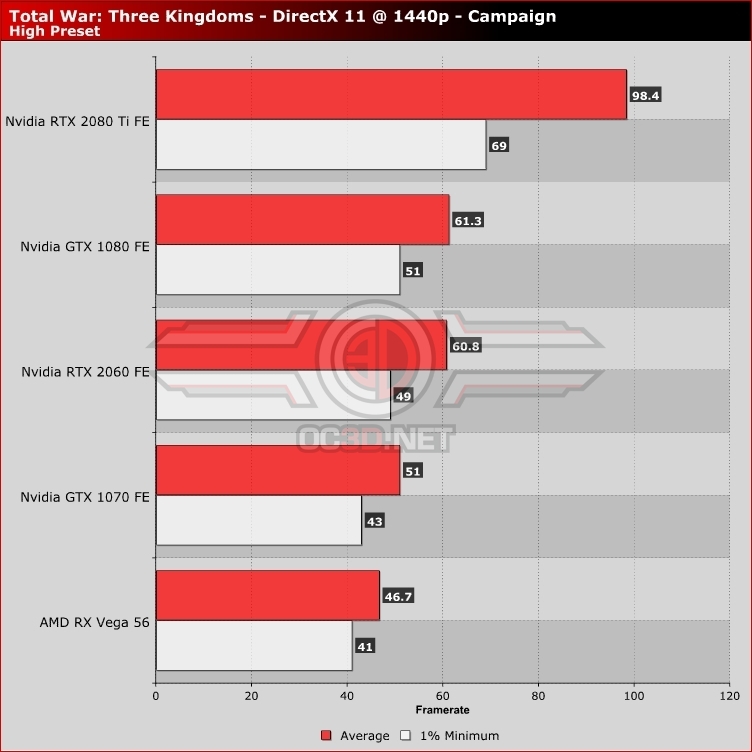