In Total War: Three Kingdoms, two performance trends are clear from the getgo. First, that the game is CPU limited, as evidenced by the RTX 2080 Ti's minor performance advantage over the RTX 2060 and GTX 1080, and second that the game runs a lot better on Geforce graphics hardware.

This is one of the few cases where the Radeon RX Vega 56 offers performance parity with Nvidia's GTX 1070. It is worth noting here that the RX Vega 56 usually competes with the GTX 1080 and RTX 2060 in most modern titles. Examples of this are in our RAGE 2 and Yakuza Kiwami 2 performance analysis pieces.

For 60+ FPS gameplay in most instances, PC gamers will need a Radeon RX Vega 56, or Geforce GTX 1070 or better graphics card at 1080p High settings. Higher settings will need higher-end hardware, and remember that there will still be performance dips in demanding scenes. Battles can scale to insane sizes in Total War: Three Kingdoms, making a constant 60+ FPS framerate a difficult ask. 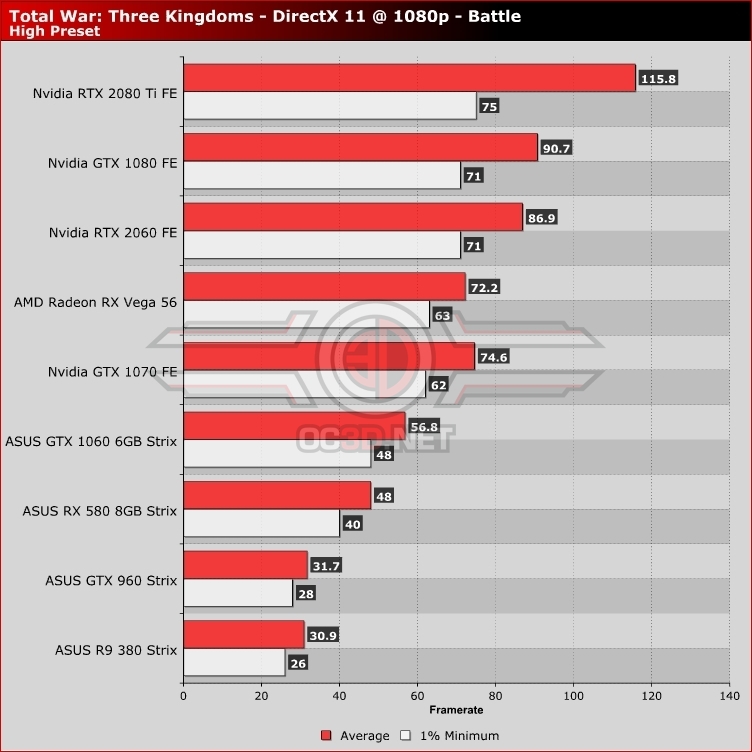 On the campaign map, we can see similar trends, with the RTX 2080 Ti appearing totally CPU limited. This presents a case for high core count processors with faster than 4GHz clock speeds, which are available from AMD and Nvidia with their Ryzen 2nd Generation and Intel Coffee Lake or newer architectures. 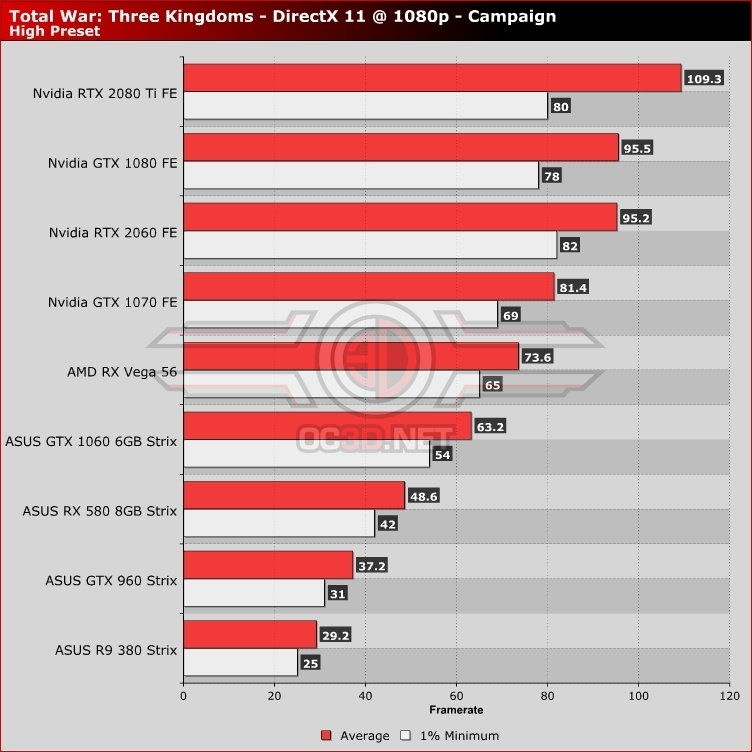