The Division 2's Lowest graphical preset makes a lot of sacrifices, so much so that we can only recommend the option to users of very low-end PCs. For starters, the Low Preset sets resolution scale to 75%, lowering the game's to a sub-native resolution, making the image appear more blurred and less detailed.

Beyond that, water and reflection detail both take a hit, losing much of the accuracy and object detail that the game's higher settings offer. Distant geometry is also culled, making pop-in extremely noticeable. Ambient Occlusion Quality also takes a hit, and most distant vegetation disappears. 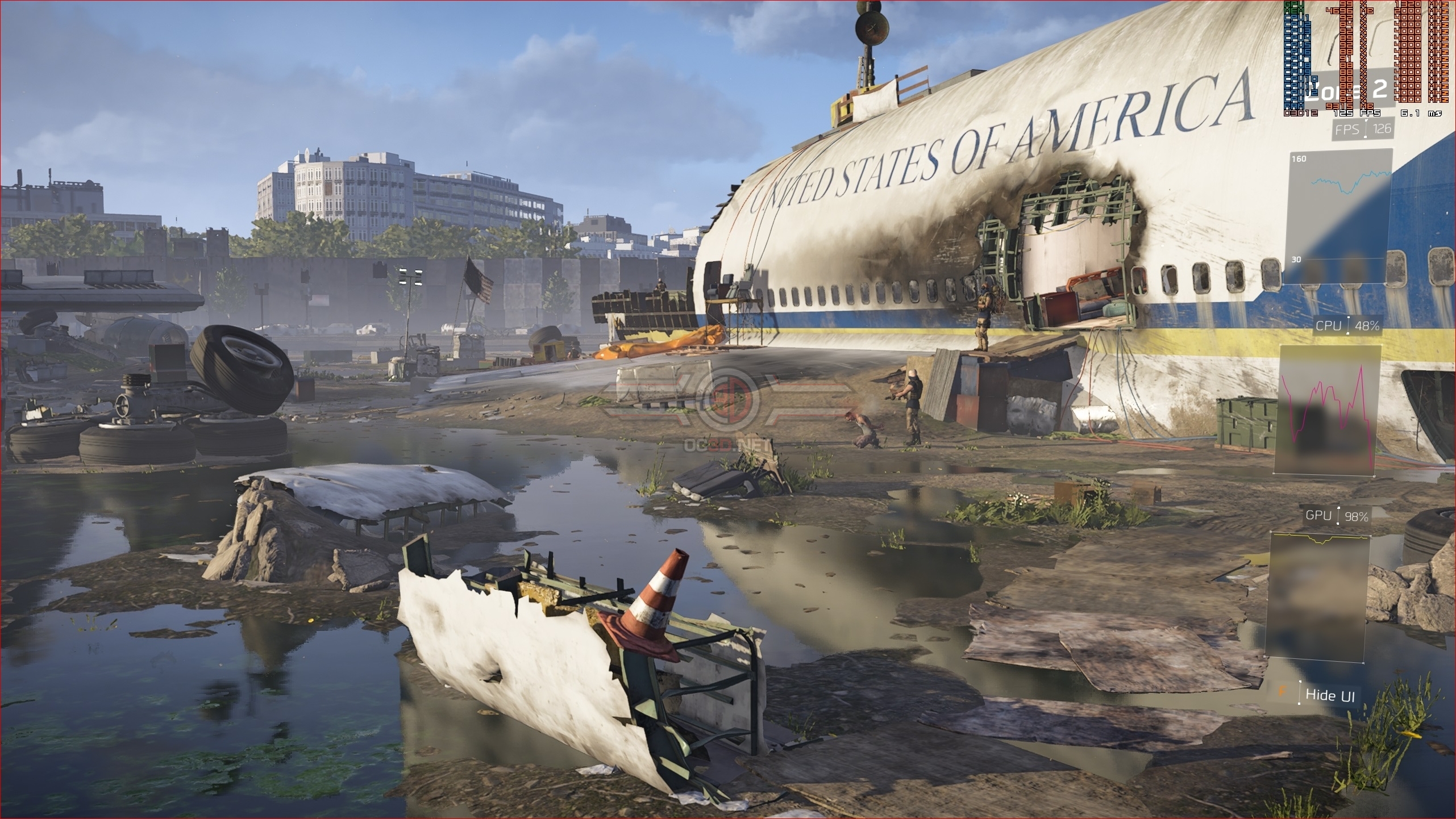 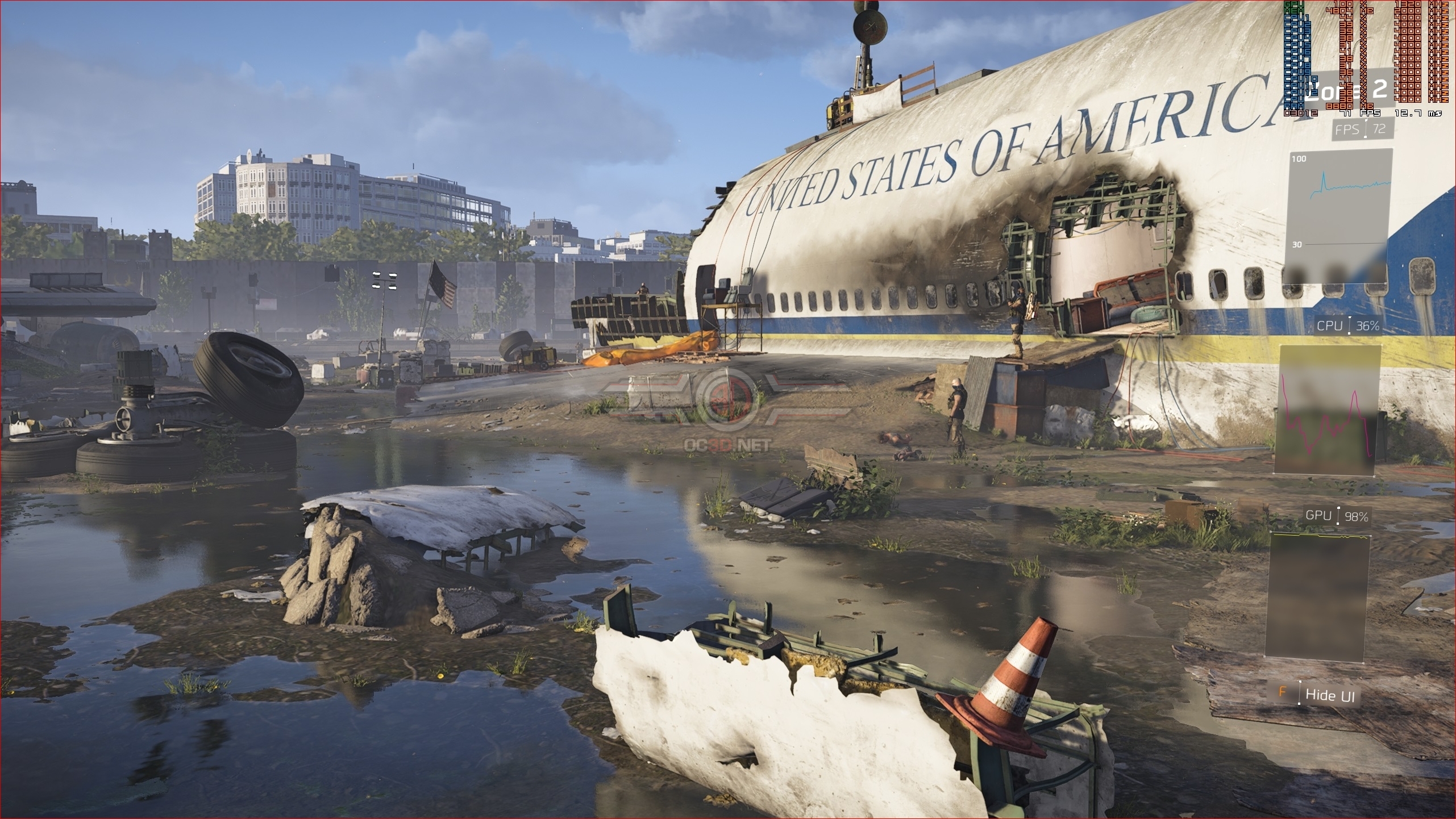 When cranking the settings up from Medium to High, we can yield a considerable boost in graphical detail, adding higher-resolution geometry well into the distance, making pop-in less apparent and large open areas more visually appealing.

Water detail and reflection quality also sees a notable boost, while terrain quality close to the camera also increases in detail. Ambient shading also becomes more accurate, which is very noticeable in the exposed section of the wrecked airlines and the aircraft landing gear at the left-hand side of the image.

The most significant changes are visible on the distant building, which gains vines across its exterior, with the distant wall also offering additional geometric detail. The trees beyond the wall are also using higher resolution textures, making them appear a lot more realistic. 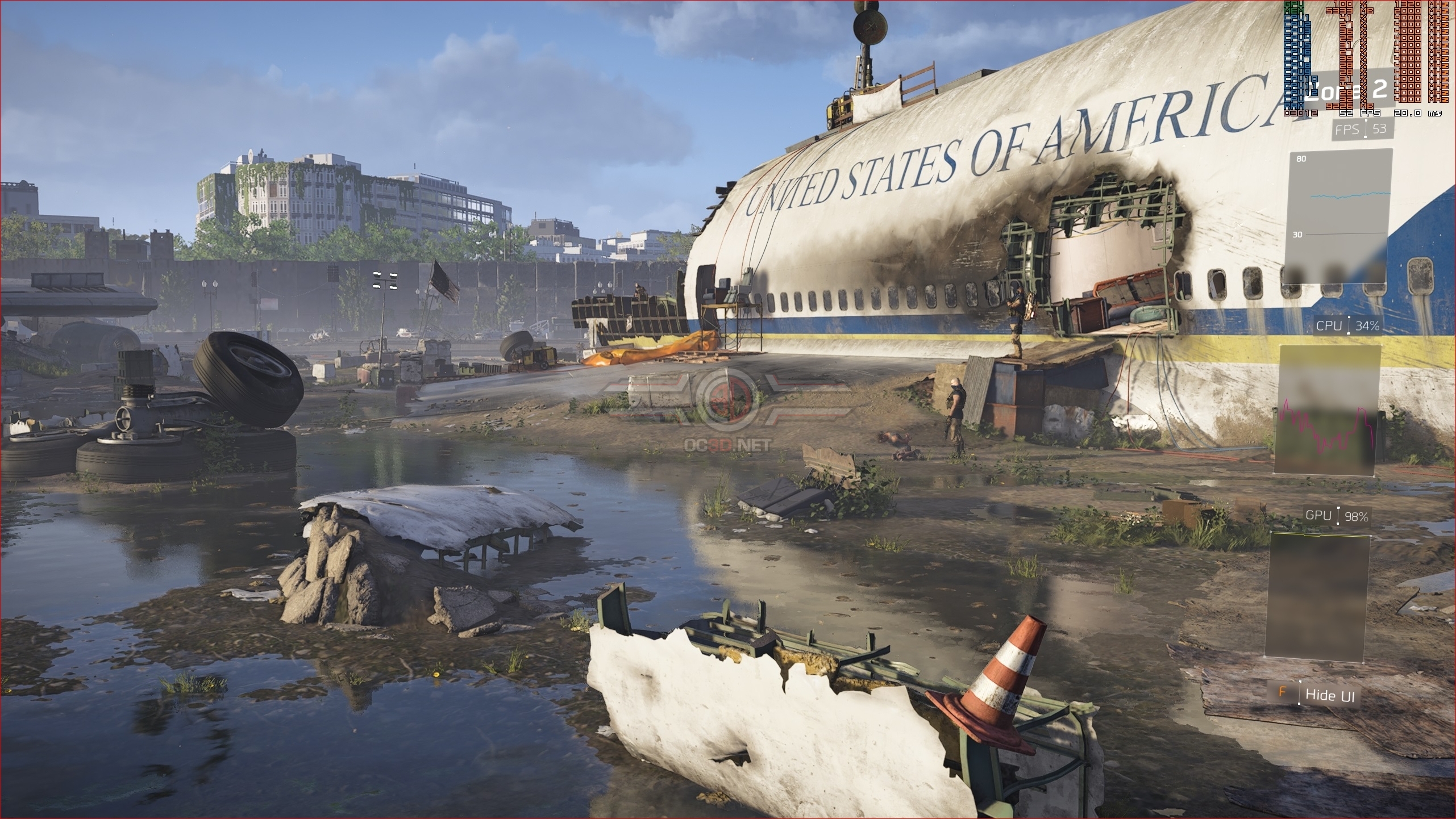 At Ultra settings we continue to see an increase in distant geometric detail, with the distant wall/barricade gaining "restricted access" lettering while the buildings beyond gain more geometric detail on their rooftops.

Reflection detail also increases, allowing them to appear sharper while shadows appear darker when closer to the objects they are cast from, likely due to the game's Contact Shadows setting, or further increases to ambient occlusion around vegetation. 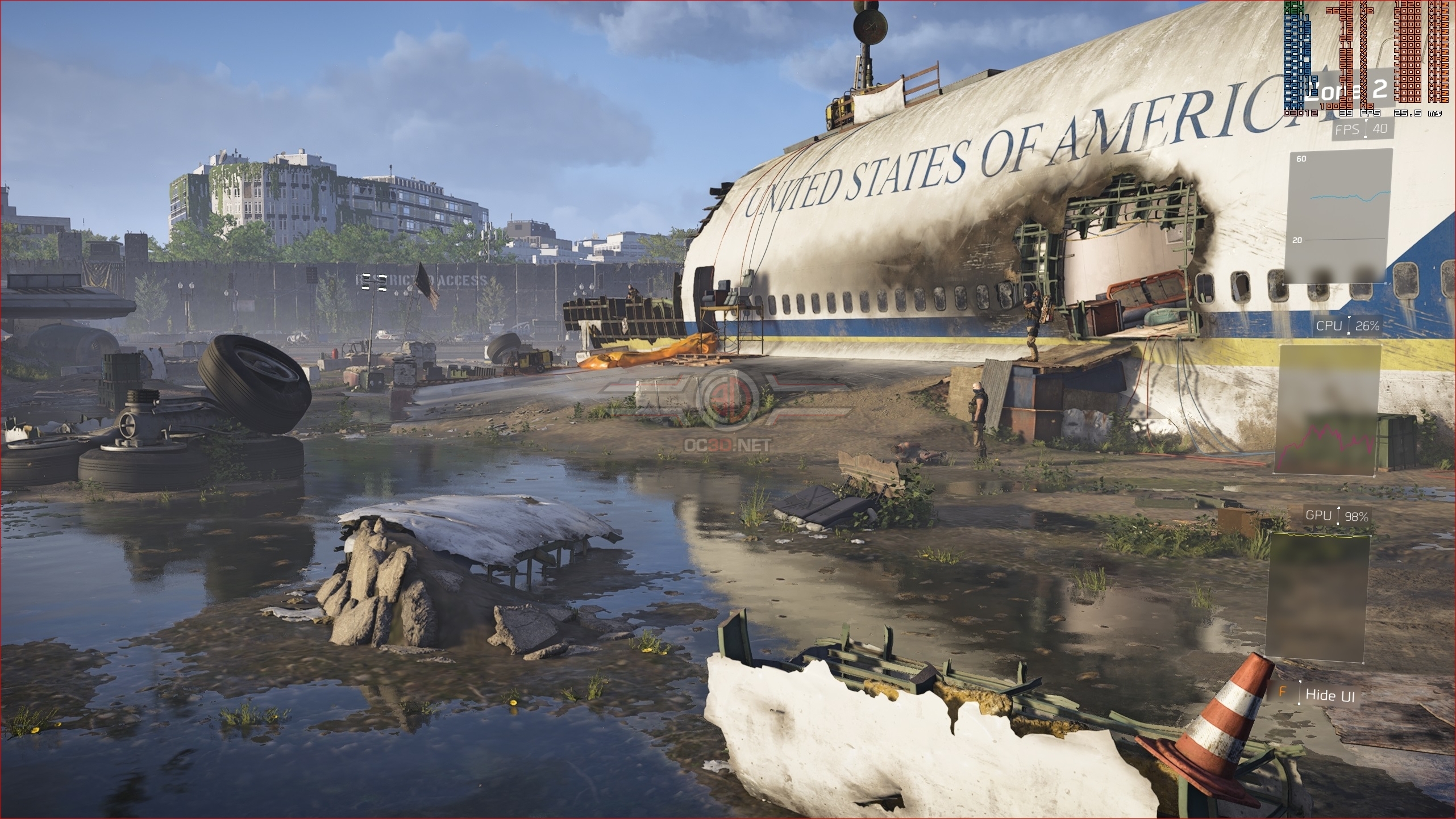