Introduction - Everybody wants to be a cat

It isn't often that we test indie games here. More often than not they are simply too easy to run, with simplistic art styles that do not put much pressure on high-end gaming hardware. In the case of Stray, we are testing the game because it is beautiful, and because of the promise of a cat-based adventure.

Stray's development started in 2015 after BlueTwelve Studio was founded. The game is an Unreal Engine 4 title that follows a Stray cat that has found itself inside a walled city that's filled with robots and other creatures. At its core, Stray is a puzzle platformer, where players can leap across platforms, climb obstacles and solve puzzles to progress through the game. Players will eventually find a droid called B-12 to help hack into technology and carry items.

Like many good indie games, Stray has a tight focus and a simple design. Aside from some chase sequences, the game is relaxing and therapeutic to play. The game's is also beautiful graphically, and perhaps has some of the most beautifully rendered cats in gaming.

In this article, we will be looking at how Stray runs on PC, how PC gamers can get this game running well on their systems, and discuss if the game has any major bugs or performance issues on PC. We have tested Stray using 13 graphics cards, and you will be glad to know that all of them can run the game at 60 FPS with the right settings. 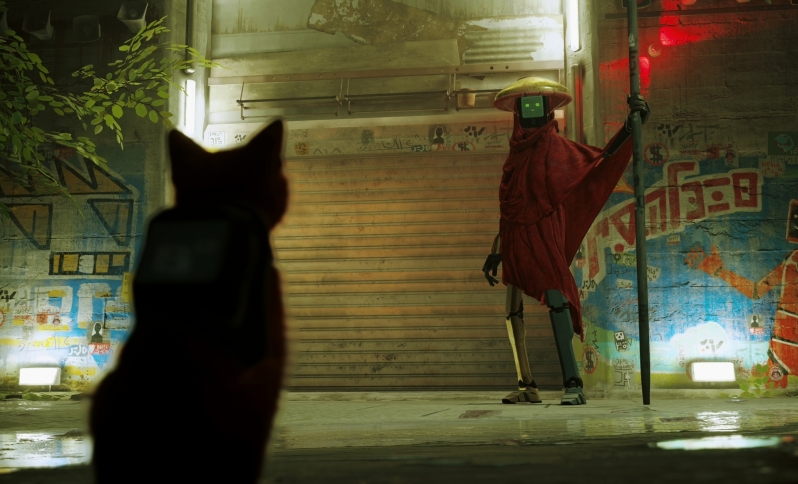 Stray's graphical options are barebones, but that is not necessarily a bad thing. There are settings to tinker with if you need more performance, and the game has built-in resolution scaling to give players even more options to boost their system's performance. While options like DLSS and FSR 2.0 would be welcome, these options are enough to keep most PC gamers happy. That said, future DLSS or FSR 2.0 updates would allow a lot of PC gamers to push this game to 4K and beyond! 8K cats anyone?

On page 5 of this performance review we will look at the settings that PC gamers should change first to boost Stray's framerates on PC. If you want optimisation tips, head over there. 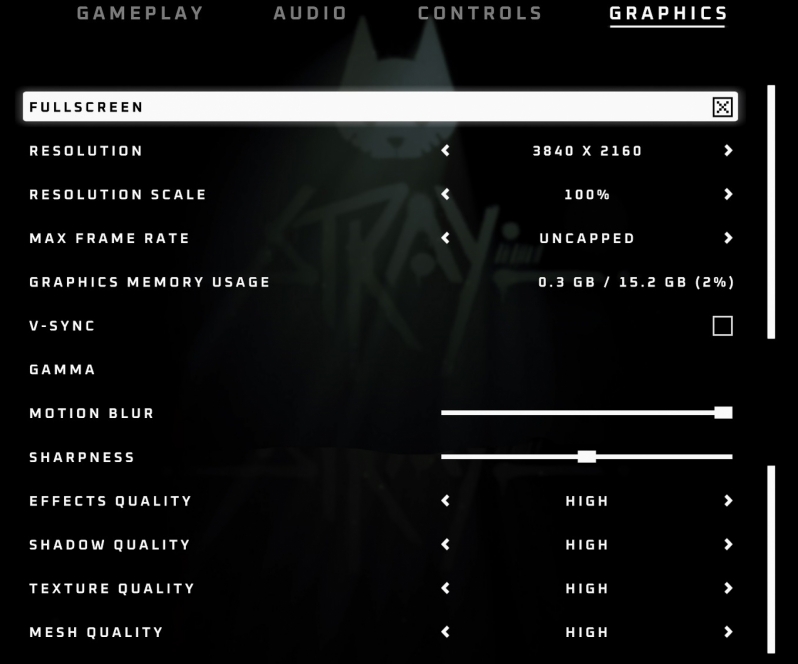 When testing Stray's PC version, we used the latest GPU drivers from AMD and Nvidia at the time of the game's launch. We used AMD's Radeon Software 22.6.1 driver and Nvidia's 516.59 WHQL drivers. Before testing, we fully updated our Windows 10 installation and ensured that no unnecessary background applications were running on our test system.

To help support the website, we have included Amazon affiliate links below should you wish to purchase the same or similar PC parts. You can read more about our games testing system here.

AlienALX
On it like a car bonnet once I get home. Got that banging new rig on my TV too !Quote
Reply