If there is one problem that Jedi: Fallen Order has, it's that the game is CPU limited. Yes, our 4GHz i7-6850K isn't the fastest processor available, but that doesn't mean that it should be a limiting factor in today's AAA games. It is worth remembering that today's consoles run on AMD Jaguar CPU cores, with the PS4's CPU being clocked at 1.6GHz.

Jedi Fallen order's biggest flaw is that the game stutters a lot, and that isn't picked up by our framerate measurements, which end at 99th percentile frametimes. Faster processors typically experience fewer stutters than slower processors in Jedi: Fallen Order, but as you can see below, this game benefits from higher CPU core counts and clock speeds.

We used an SSD as our install medium for Jedi: Fallen Order, which means that this game's stutters should not be blamed on storage alone. As we said before, faster processors with faster memory have higher average framerates and experience fewer framerate spikes and have these spikes resolve faster.

Zeffo represents normal gameplay for Jedi: Fallen Order, whereas Kashyyyk represents more demanding areas where the game is more CPU limited than usual. In Kashyyyk, we experienced framerate dips that were longer and more frequently than other areas of the game. These dips could also come in combat, which harmed gameplay.

The long and short of it is that Jedi: Fallen Order is CPU-limited, and benefits from processors with high clock speeds and plenty of cores. 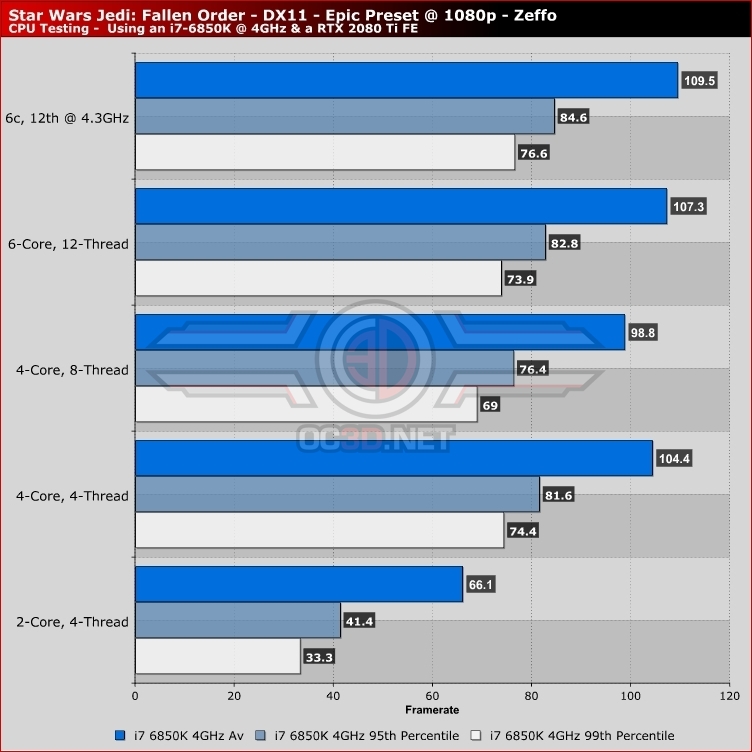 Yes, a steady 60FPS isn't possible with our chosen CPU and an Nvidia RTX 2080 Ti. Our i7-6850K is by no means a weak CPU, but it is clearly the limiting factor here. With 99th percentile framerates this low, you can imagine how 99.9th percentile frametimes are. Pauses that are up to half a second long.

These sudden framerate drops have the potential to ruin combat and brak immersion within Jedi: Fallen Order. Respawn Entertainment need to work to mitigate these issues as a matter of urgency, especially when we know that console users also experience these performance dips. 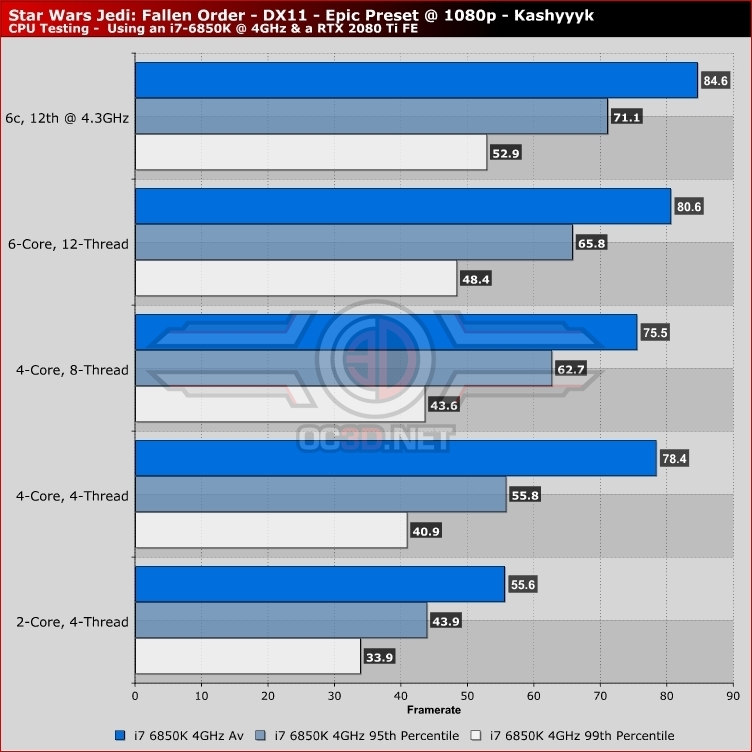