Jedi: Fallen Order boasts some modest PC system requirements, suggesting that this game should run well over a wide spectrum of PC configurations, even those with older Intel i3 processors. We will see as this analysis progresses how this translates to real PC performance numbers.

Star Wars Jedi: Fallen Order features relatively few graphics options. Only three basic presets exist, Medium, High and Epic, with the game lacking any "Low" options. On top of this, the game lacks an "Unlocked" framerate option. Instead, Jedi: Fallen Order ships with 30, 45, 60, 90, 120 and 144 framerate limits. This is more than enough to cover most users, especially when we take into account the game's CPU performance.

Jedi: Fallen Order also supports dynamic resolution scaling, which can be used to allow the game to scale below the player's native resolution to help ensure high framerates at the cost of sub-native resolution rendering when required. This option has been used to great effect in games like Apex Legends and Titanfall 2.

What we will say about this graphics options menu is this, Respawn have created something very basic here, but they should be commended for leaving the game's graphical presets start at medium. They made a bold choice by not compromising their game's visuals for the sake of overly low graphical settings. Jedi: Fallen order still looks good at its lowest (medium) settings, which can't be said for a lot of modern AAA games. 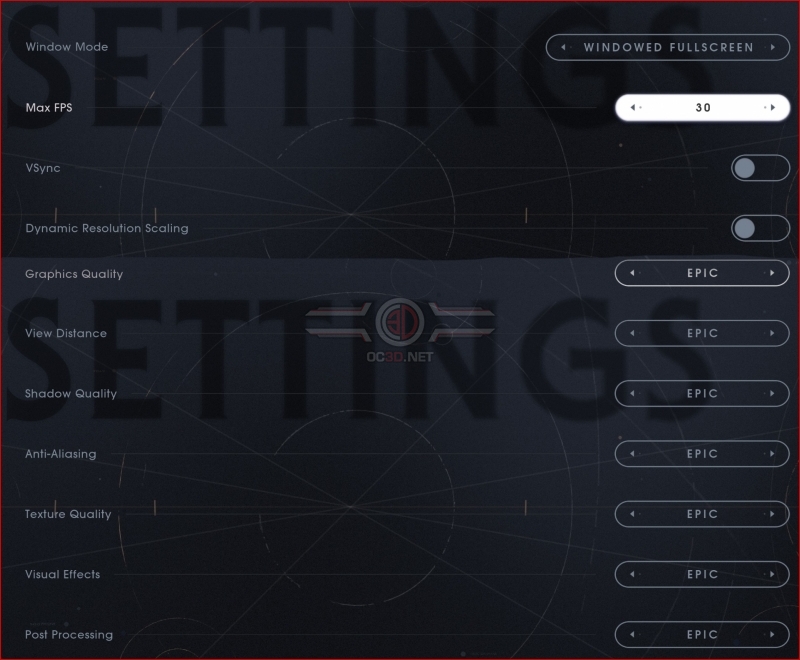