Introduction - It's time for something different

EA's recent selection of Star Wars games have done little to impress the series' fanbase. Star Wars: Battlefront (2015) released without a single-player campaign/story mode, and while Battlefront II addressed this issue, it's microtransactions gave the game seemingly universal condemnation at launch. In short, EA's custodianship of Disney's Star Wars gaming license has been disappointing at best.

Jedi: Fallen Order is unlike anything else that we have seen from the Star Wars franchise in recent years, allowing the game to feel remarkably fresh while maintaining a fully Star Wars feel.

Gameplay-wise, Jedi: Fallen Order plays like a Dark Souls. Players will explore a map, save and respawn at Jedi glyphs and utilise a combat system that's primarily based on dodges and parries. The game is also a Metroidvania in style, where new abilities will open new pathways in each map. Players will be expected to travel through the game's maps time and time again to unlock all of their secrets. On top of this, the game's map system feels a lot like Metroid Prime. Coat this with some Uncharted-like cinematic scenes, and that's pretty much Jedi: Fallen Order in a nutshell.

With all of this in mind, Jedi: Fallen Order is shaping up to be a great game. The only question now is whether or not the game's PC version runs well. Will a steady 60FPS framerate be easy to achieve. Please follow the links below as we look deeper into Jedi: Fallen Order. 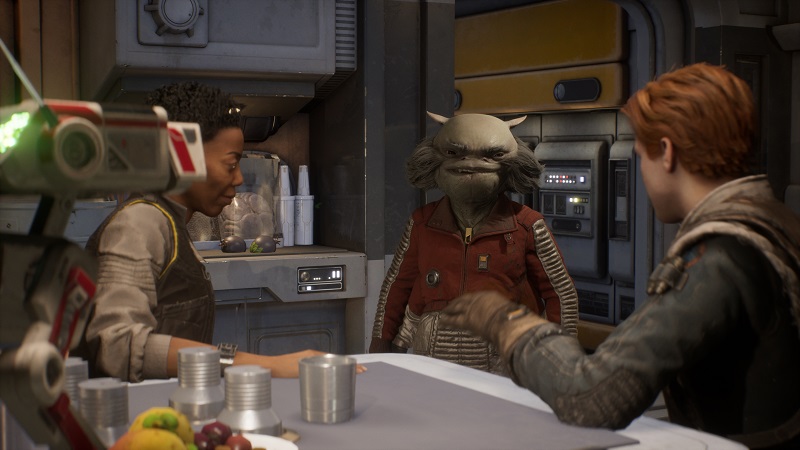 When testing Star Wars Jedi: Fallen Order's PC version, we opted to use the newest drivers from both the Radeon and Geforce camps. These drivers are AMD's Radeon Software Adrenalin Edition 19.11.2 driver as well as Nvidia's Geforce 441.20 driver.