Again, we will note that the Xbox One X version of the Spyro Reignited Trilogy targets a resolution of 1440p and a framerate of 30FPS. This means that achieving 4K 60FPS requires approximately 4x as much GPU grunt at what an Xbox One offers.

With this in mind, it makes sense that only our RTX 2080 Ti graphics card can offer a steady 4K60 gameplay experience within Spyro. 4K 30FPS is possible with AMD's Radeon RX Vega 56 and Nvidia's GTX 1070, which isn't bad given the 1440p 30FPS resolution/framerate targets that the Xbox One X aims for.

Please note that our testing was using the most demanding in-game scenario that we could find. Expect most of the Spyro Reignited Trilogy to run faster than this. 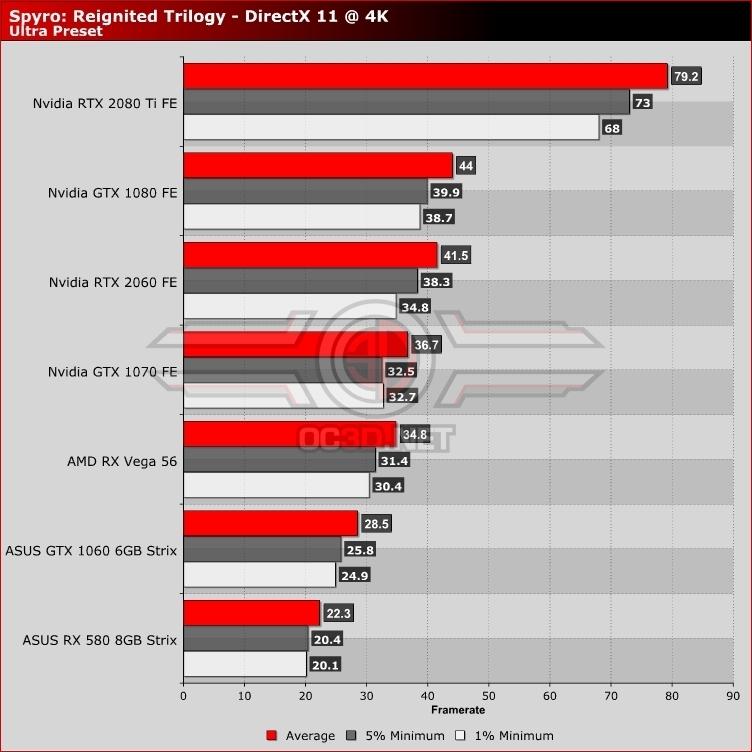