At 1080p, all of our graphics cards were able to run the Spyro at over 60FPS. To test the game we ran through the most demanding area that we could find within the game, constantly using Spyro's breath attack to cast additional shadows and burn some nearby grass to help increase GPU loads.

Here, we can see that the Spyro Reignited Trilogy favours Nvidia hardware, with Nvidia's GTX 1060 outperforming the Radeon RX 580 while the GTX 1070 was able to best the Radeon RX Vega 56. In most modern games, our Radeon RX Vega 56 can put up a fight with Nvidia's GTX 1080 and RTX 2060. Like many Unreal Engine 4 titles, Spyro's Reignited Trilogy favours the green team.

We can also see that the architectural enhancements of Turing have little impact on Spyro's performance, with the RTX 2060 being surpassed by Nvidia's GTX 1080. This is uncommon for a modern game release but somewhat expect for a minor release like this. 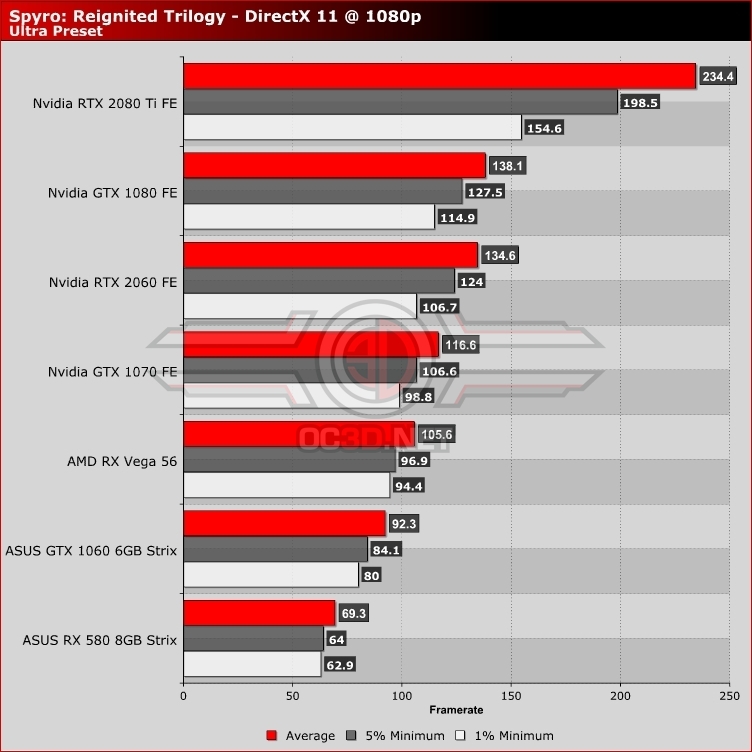