The Spyro Reignited Trilogy offers relatively few graphical options on PC, giving users of this version of the game relatively little wiggle room to adjust the game graphical settings, outside of some sweeping adjustments to the game.

At low settings Spyro looks awful on PC, there is no question about that, though at Medium the game regains much of its lost lustre. Most PC gamers will want to play the game on High or Ultra, though even then some extended LOD options would have been nice to see, as draw-in can be very visible in some scenes. 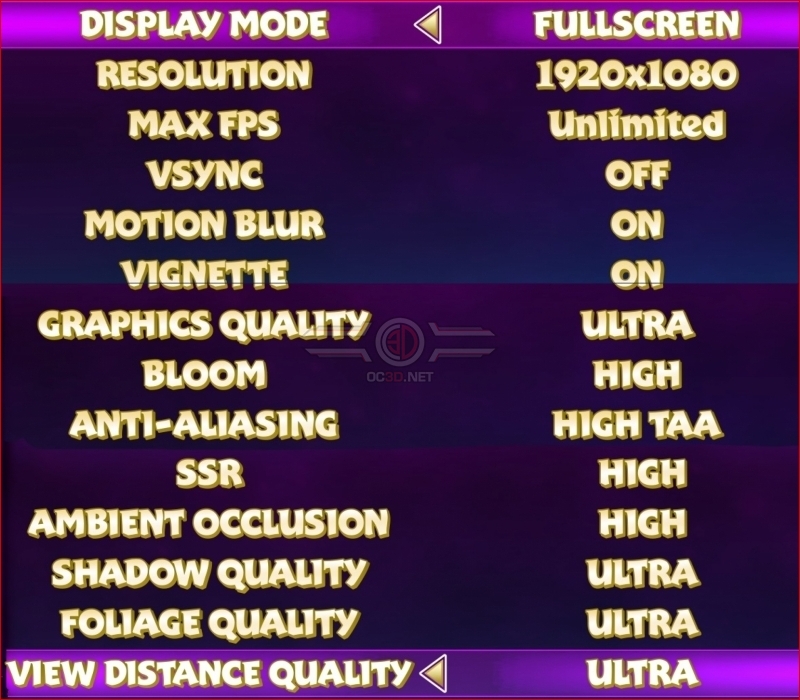 Below is a list of graphical options which are adjusted using Spyro's Graphics Quality presets. Outside of these options, both Motion Blur and Vignette can be enabled and disabled. 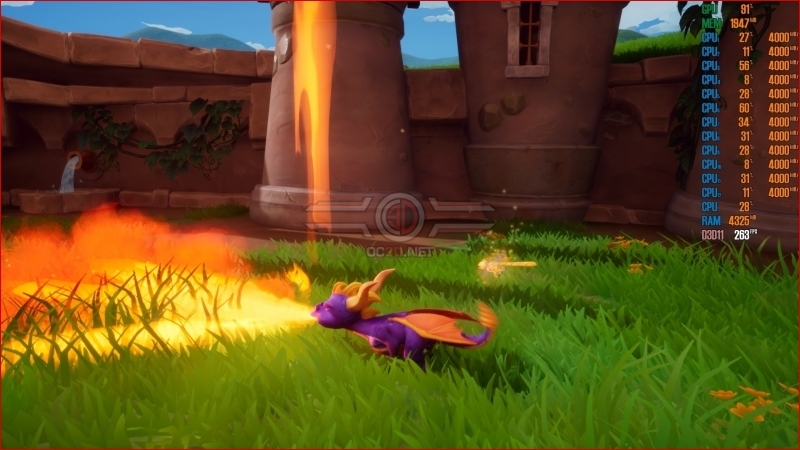 Animation/Framerate issues and a fix

When playing Spyro with an unlocked framerate, some of Spyro's animations and gameplay elements can break down. Above you can see an instance where Spyro's flame attack suddenly breathes fire upwards. At high/unlocked framerates most in-game surfaces also act like ice, causing Spyro to side across the map, inhibiting gameplay in the process. The game plays very differently at high framerates, which is a bug that shouldn't have made it into the game's PC version.

When playing the game, we found that this issue could be addressed by turning V-Sync on. On our monitor, this limited the game to 60FPS. Strangely, using the framerate limiter to force 60FPS didn't address the bugs we found. Only turning V-Sync on eliminated the issue.  This means that Spyro's issues aren't just caused by high framerates...

Frankly, the Spyro Reignited Trilogy shouldn't have released with a bug like this. While the game is perfectly playable with V-Sync on, it is clear that the game wasn't adequately tested on the PC platform. The game supports unlocked framerates, but the feature breaks the game.

The Spyro Reignited Trilogy only ran properly when we enabled V-Sync and "Unlimited" framerates. When using a framerate over 30FPS (without V-Sync), several animations broke down, including some which are required for game progress. This blocks game progress in some locations and ruins Spyro's controls. The game needs a patch to address these issues.