Let's get this out of the way. Shadow of the Tomb Raider's Ray Traced Shadows feature is incredibly demanding, especially at High or Ultra. At 1080p using the game's Highest Preset with Ray Traced Shadows set to Ultra, we found areas of the game that ran at under 60FPS on an RTX 2080 Ti Founders Edition, an £1100 graphics card. Shadow of the Tomb Raider was already a demanding PC game, but ray traced shadows have taken things to a whole new level.

DLSS is also unavailable on our RTX 2080 Ti graphics card at 1080p, not that we recommend the feature at such a low resolution. Yes, it has a notable performance impact when used with the RTX 2060 with Ray Tracing enabled, but at such a low resolution the downsides of the feature are more noticeable. For example, Lara's hair is noticeably blurred at 1080p when DLSS is enabled, but at 1440p this change is hard to notice.

For our testing below we used Shadow of the Tomb Raider's built-in benchmark, which tests the game over a variety of scenes. 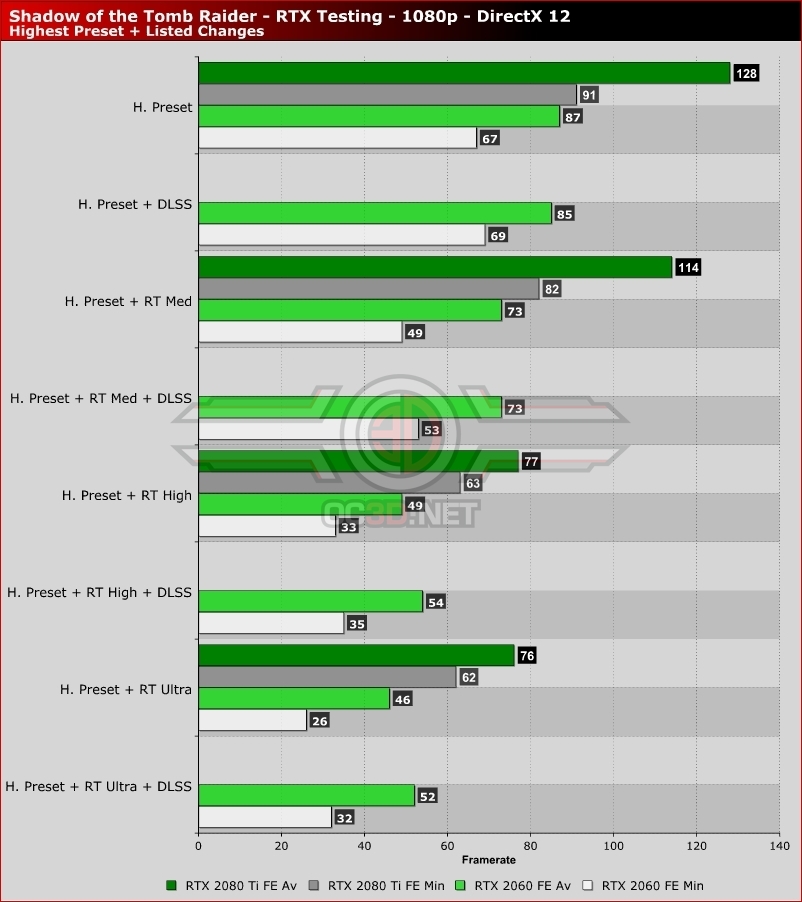