It's now time for some Ray Tracing on/off comparisons, where we will compare maximum ray tracing with the game's Highest preset. If you look at these images at their full scale, you will be able to see the framerates of each, thanks to the MSI afterburner framerate monitor that is at the top right corner of each screenshot.

In this first shot, we can see how Shadow of the Tomb Raider's Ray Traced shadows remove unneeded shade from the scene, which is most noticeable on Lara's hood and on the table at the left-hand side of the image.

With raytraced shadows, we can also see that shadows that are closest to the point of casting (near the feet of NPCs) are sharper, whereas more distant parts of each shadow are less defined as the distance from the caster increases. 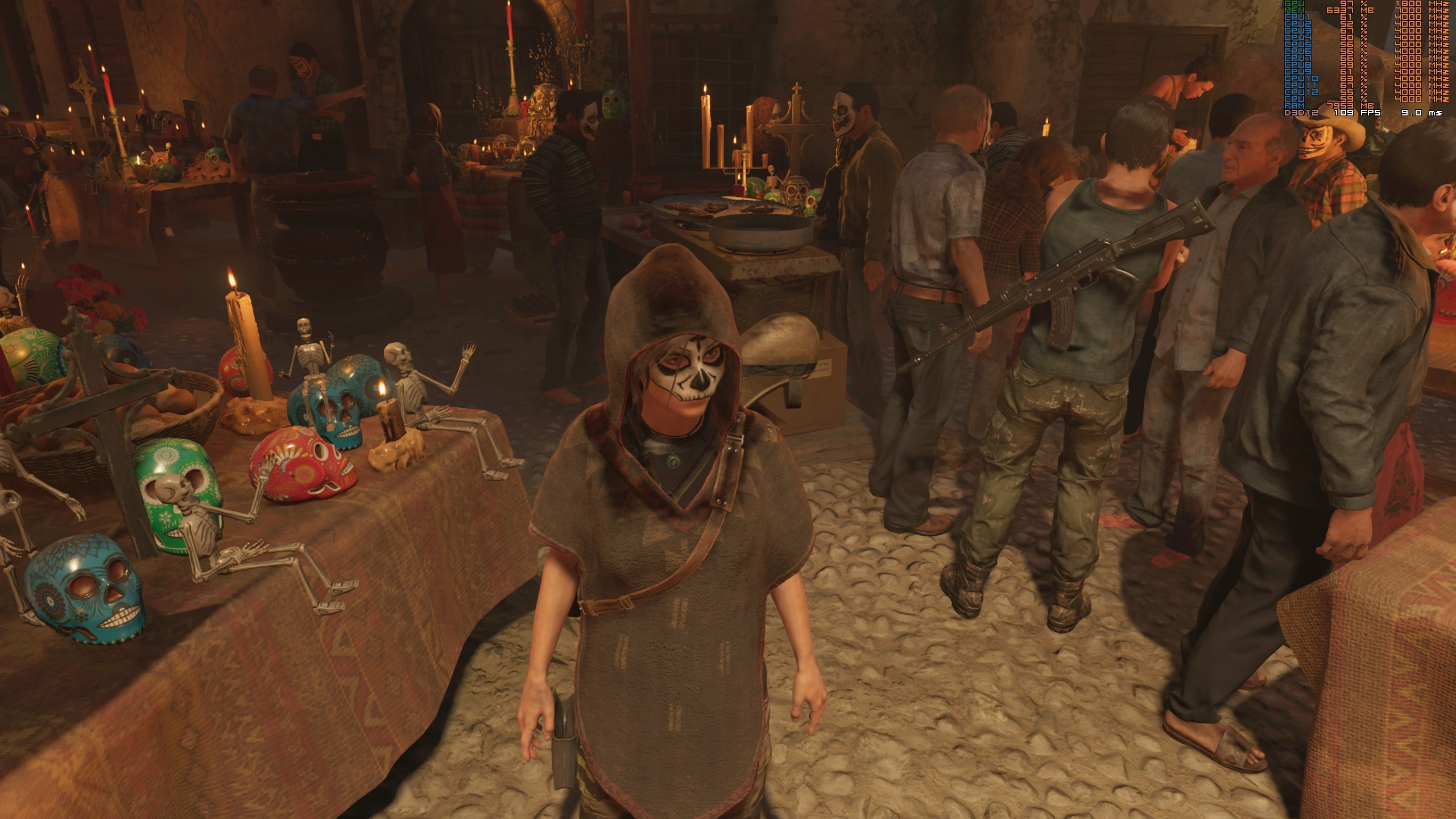 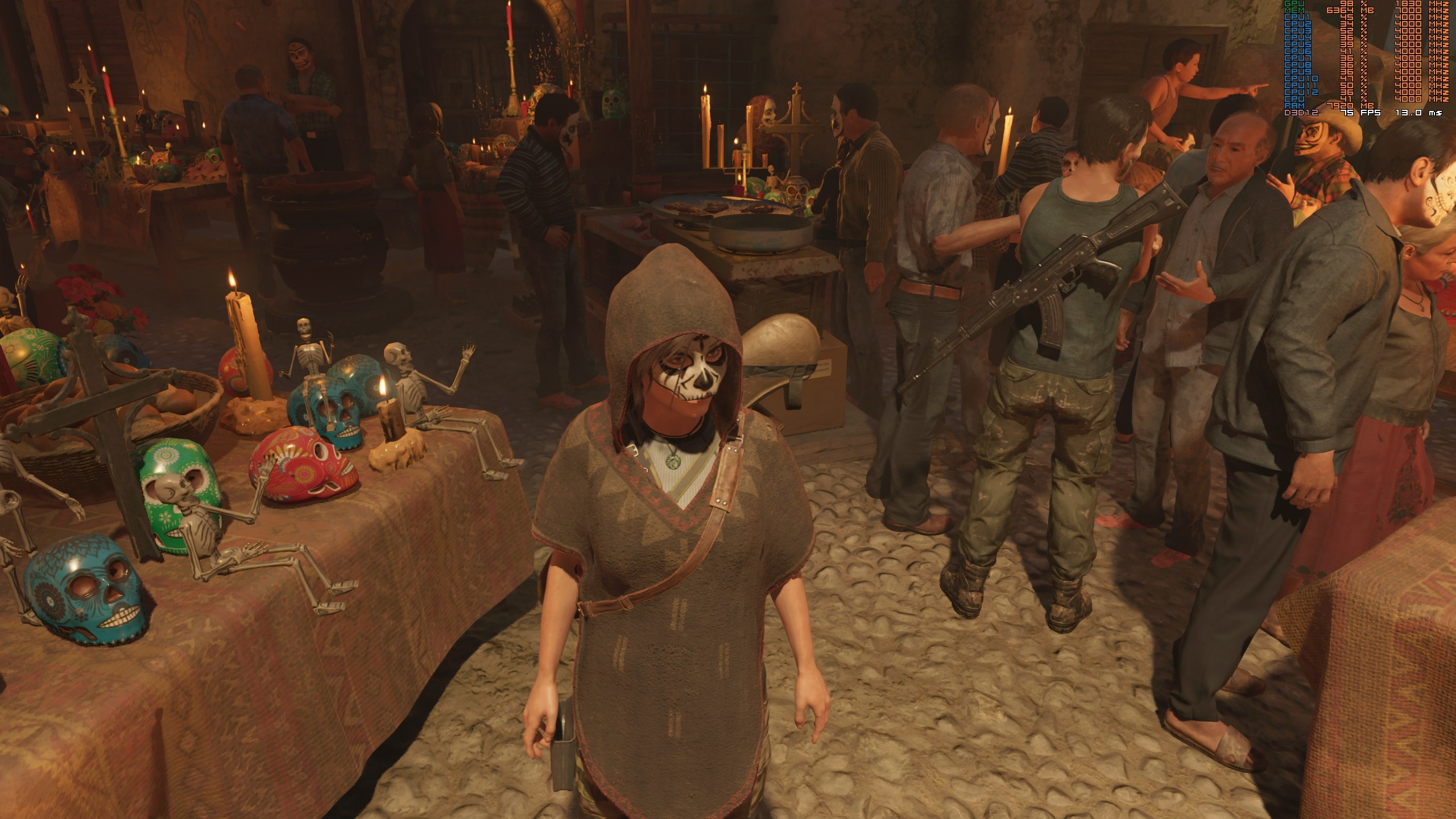 In this second image, we can see that the stature in the distance has had its lighting completely changed, while the people gathered around it now feature more accurate shadows, which are crisp as their feet and more diffuse as distance grows between the shadows and their caster.

We can also see that the statue is properly lit by the candles which surround it and that it now features an accurate shadow behind it. 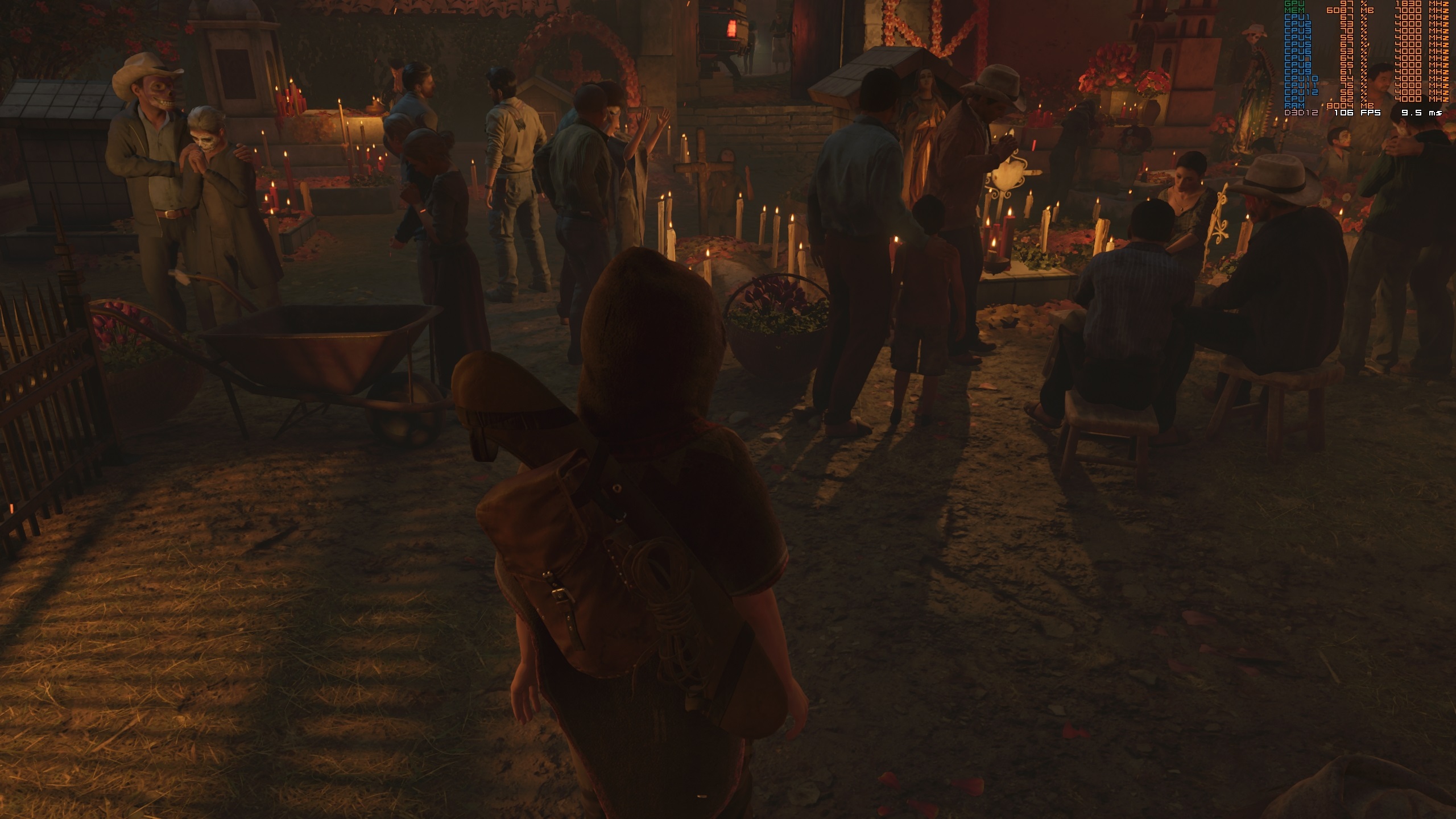 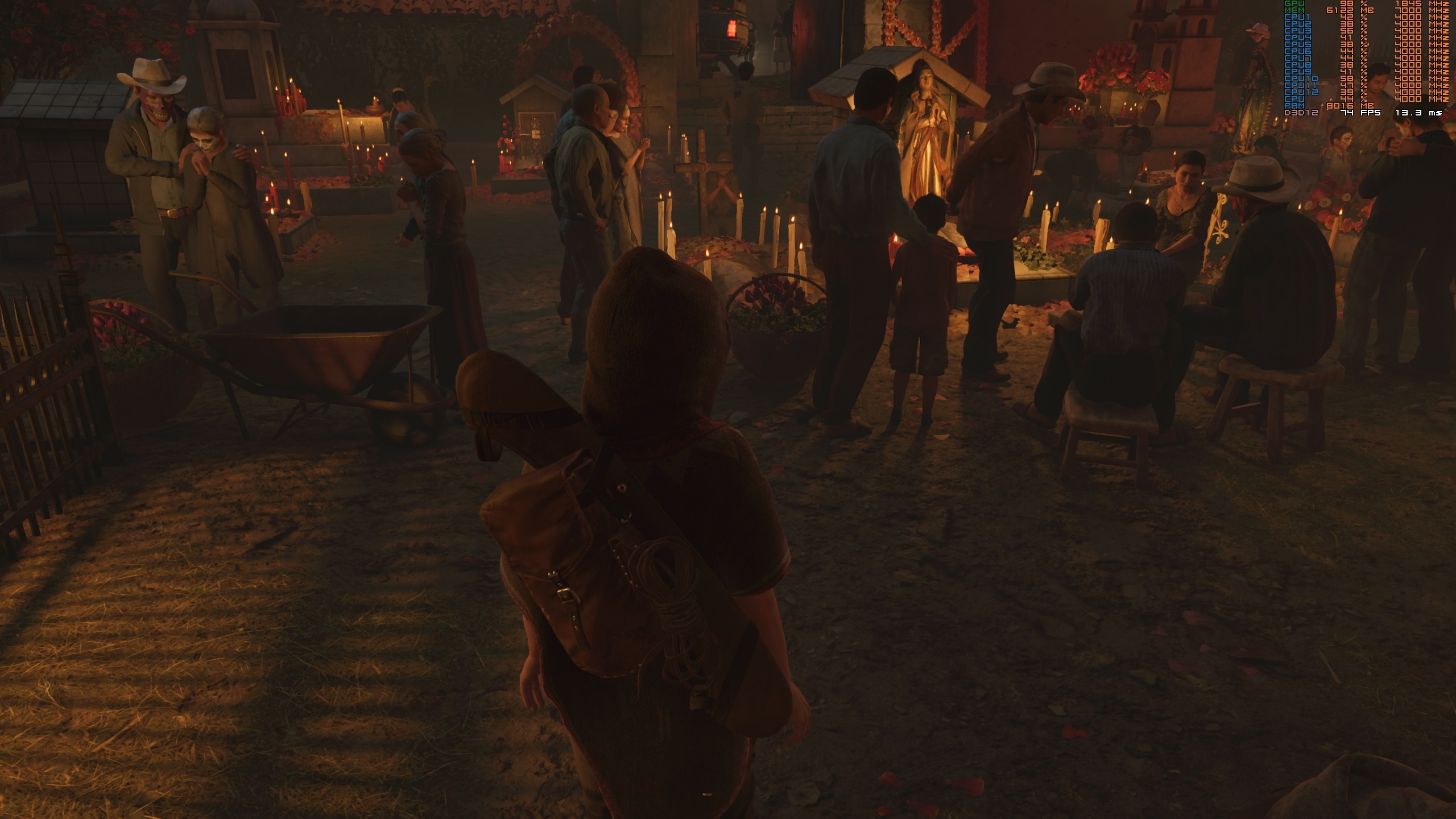 In this third scene, we can see that all shadows feature more accurate edges and that the wall behind Lara Croft now features accurate shading around each part of the stonework. This greatly enhanced the game's graphical quality in Tombs, but at a high performance cost. 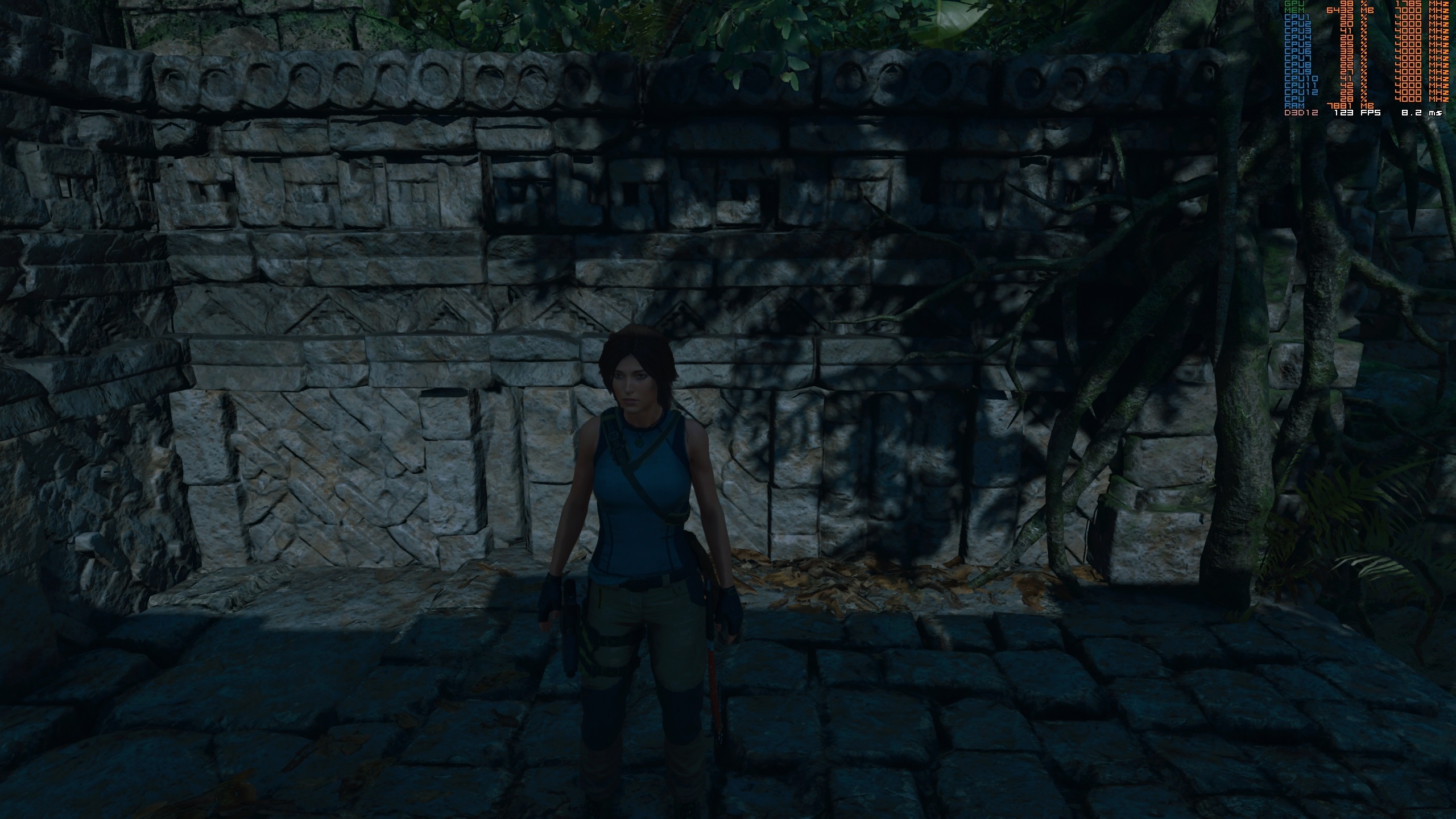 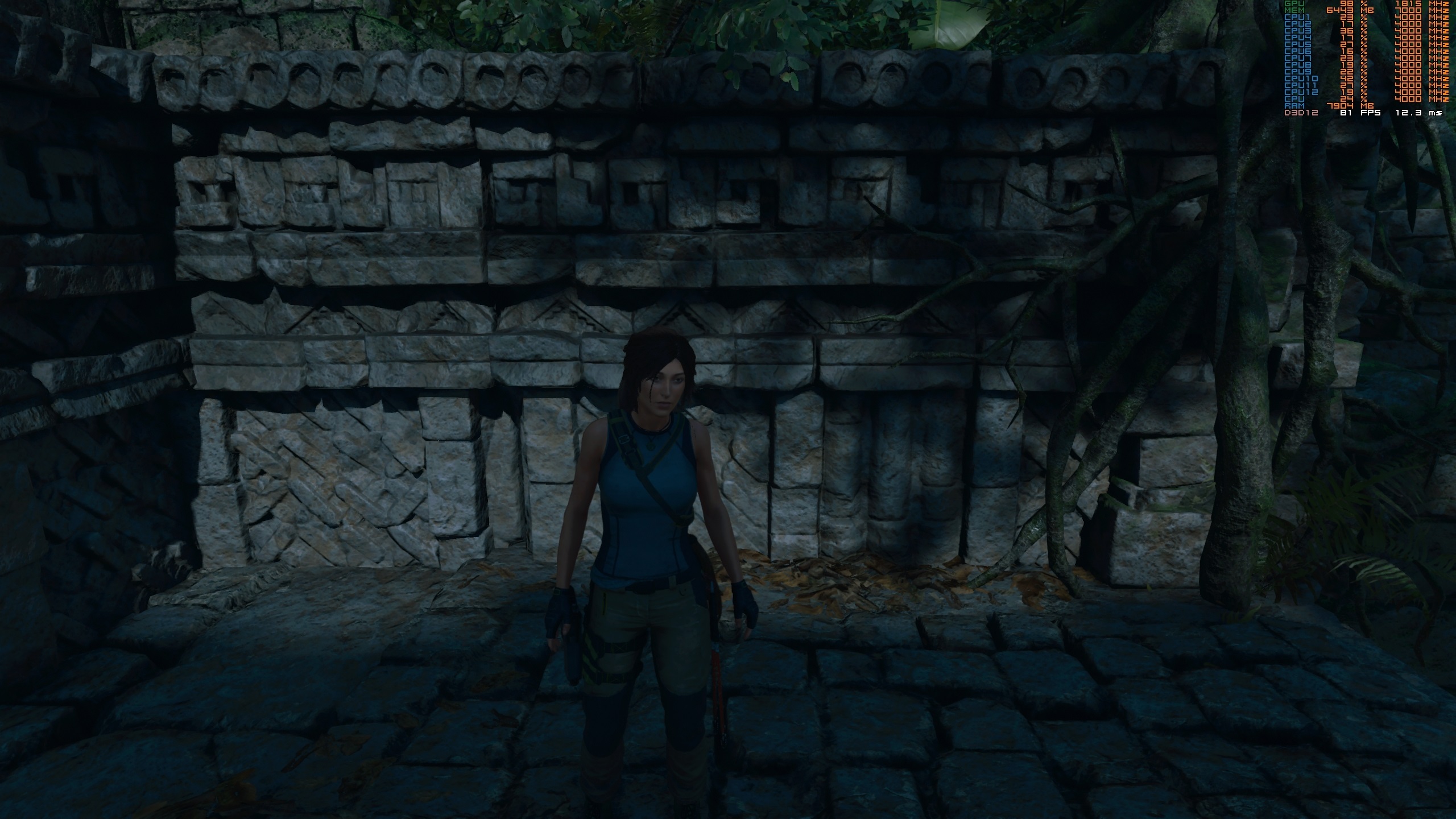