Ray Traced Shadows - What Each Setting Does

Ray Traced Shadows - What Each Setting Does

There is no getting around the fact that raytracing is a demanding feature to implement. Remember that real-time ray tracing in videogames is only feasible because of hardware acceleration, which is provided by Nvidia's RT cores in RTX series graphics cards.

For now, raytracing is limited to hybrid-rendering approaches, at least outside of edge cases like path-traced Quake II and other experimental games, which means that developers will often combine ray tracing with traditional graphics features to speed things up.

When Ray Traced Shadows is set to Medium in Shadow of the Tomb Raider, the feature is reserved for specific scenes and point lights. This is a simple performance saving measure, which relies on the game's traditional shadows to do the heavy lifting, while Ray Traced shadows provide accurate shading in some instances.

Below we can see one example, where the room's lighting is enhanced by Ray Traced Shadows. Notice how the table in the middle of the scene had darker shadows and more accurate shading around the baskets and containers under the table. The woman to the right of Lara is also casting a raytraced shadow, which causes a diffused shadow under her arm.

At Medium sun shadows are not ray traced, which means that much of Shadow of the Tomb Raider will remain unchanged with Ray Traced Shadows at its lowest setting.

(Ray Traced Shadows - Off VS Medium) 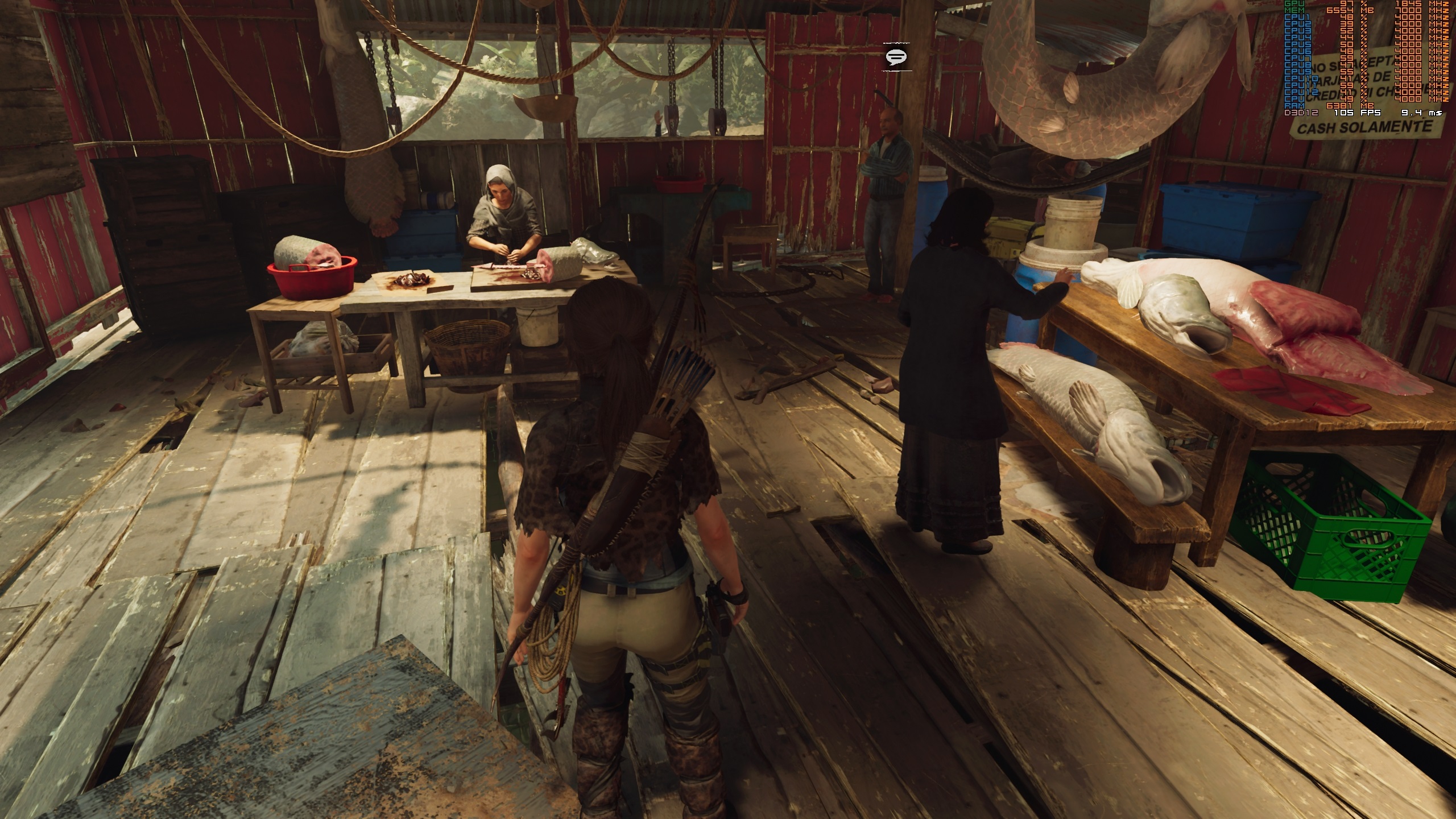 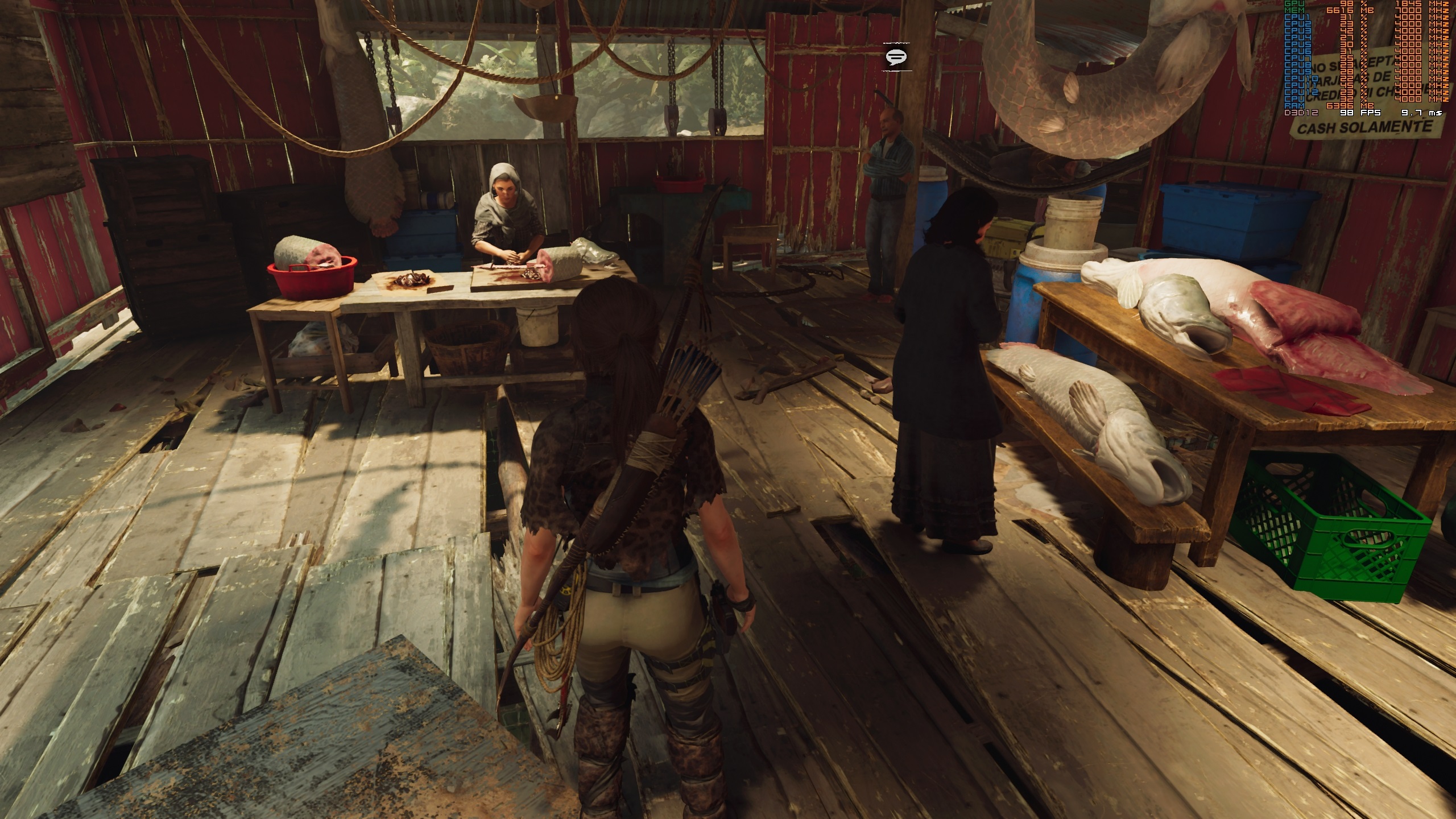 If we move to high, we can see that more shadows are replaced by raytraced versions, providing more accurate shading to the scene. The shadows from the tree above the shot are more diffuse, while we can also see more accurate shadows along the wall behind Lara.

High is where raytraced shadows start to have a significant impact on the whole game, especially inside tombs, which can benefit from shadows cast by nearby fire or accurate shading on the many carves stone statues and walls within the game. 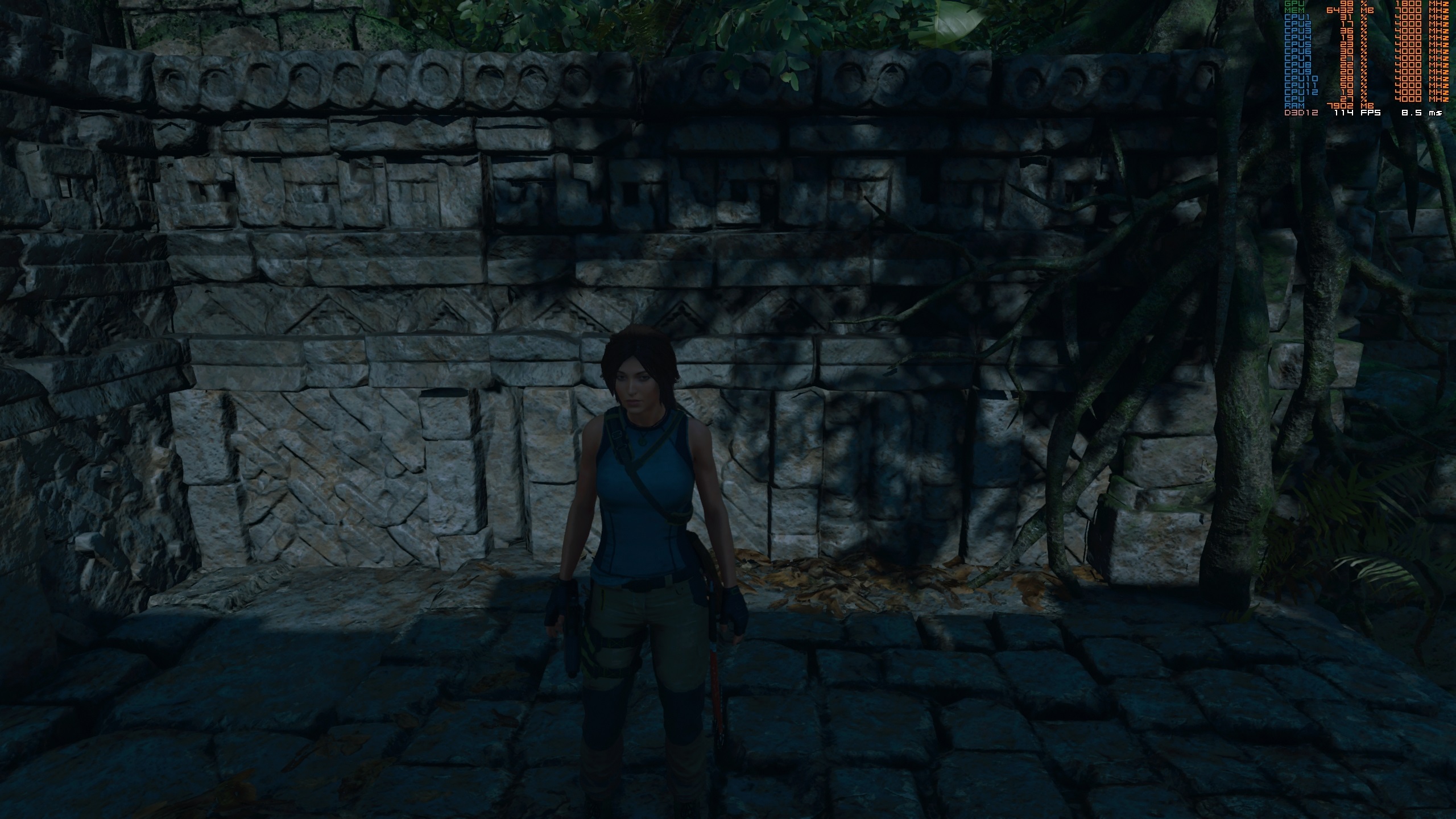 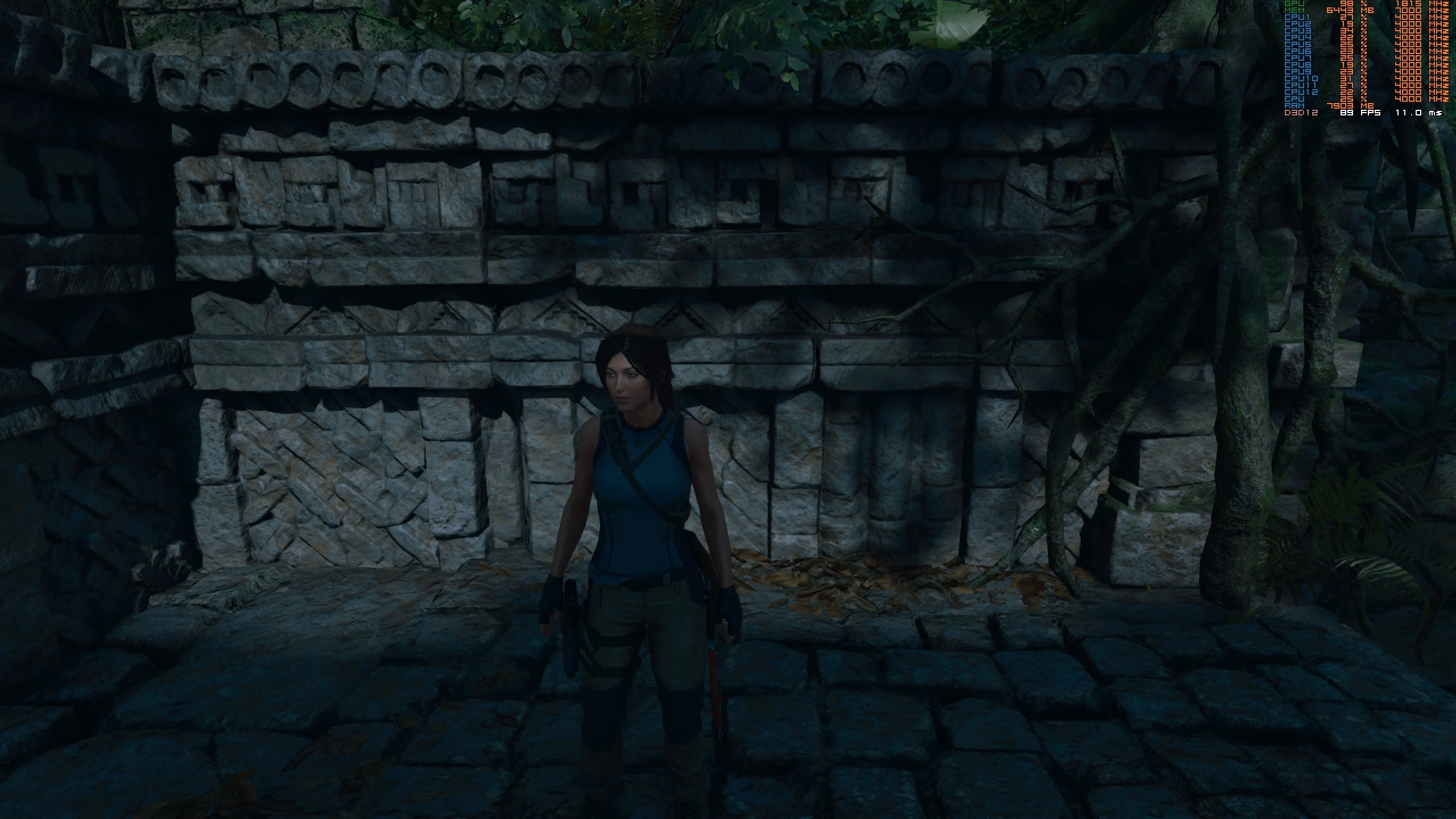 Moving to Ultra we notice two things, first that Ray Traced Shadows are cast at an increased distance and second, that raytraced shadows are more refined, as can be seen around the bird's next if you look at the slider at its full size. 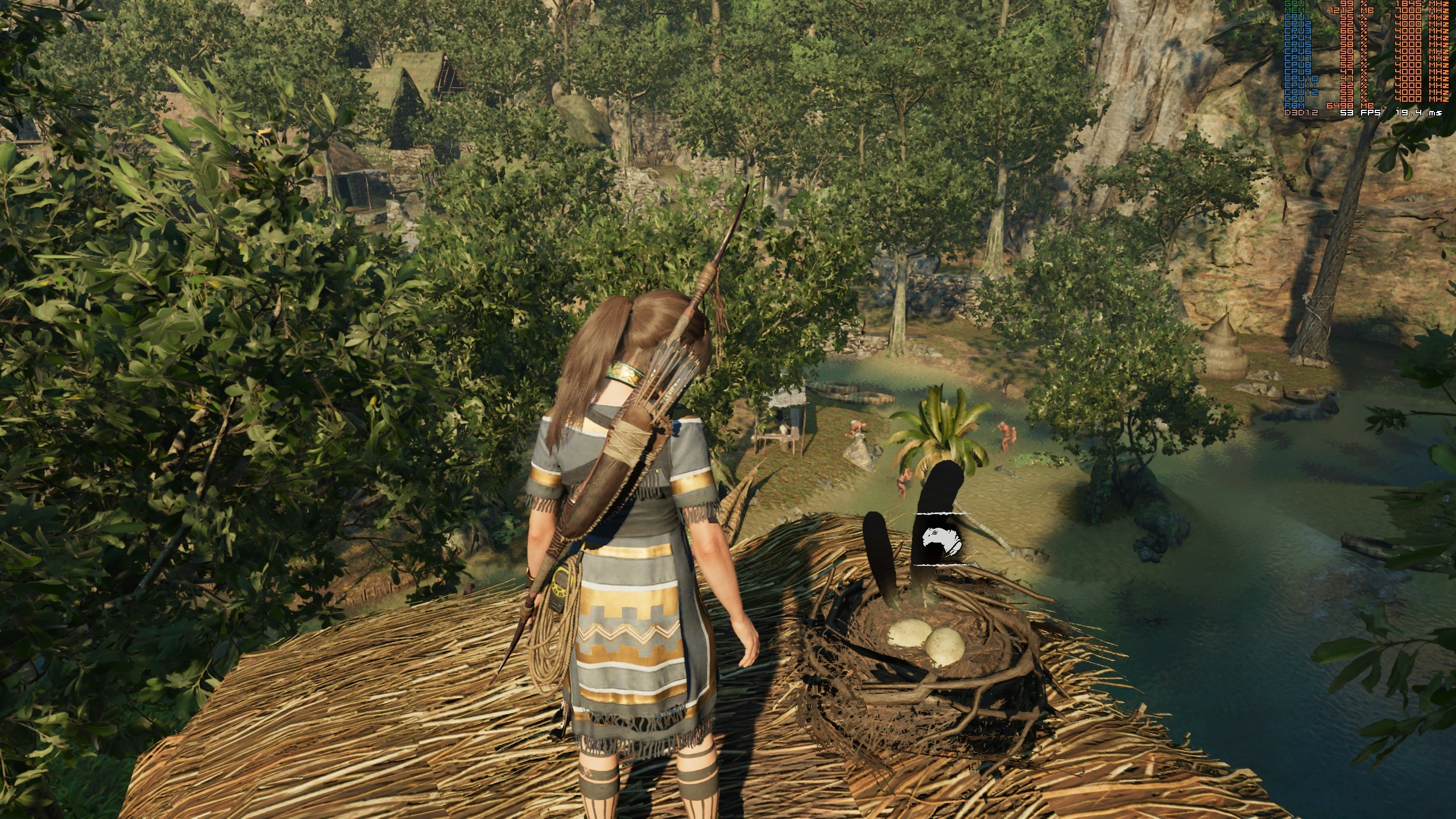 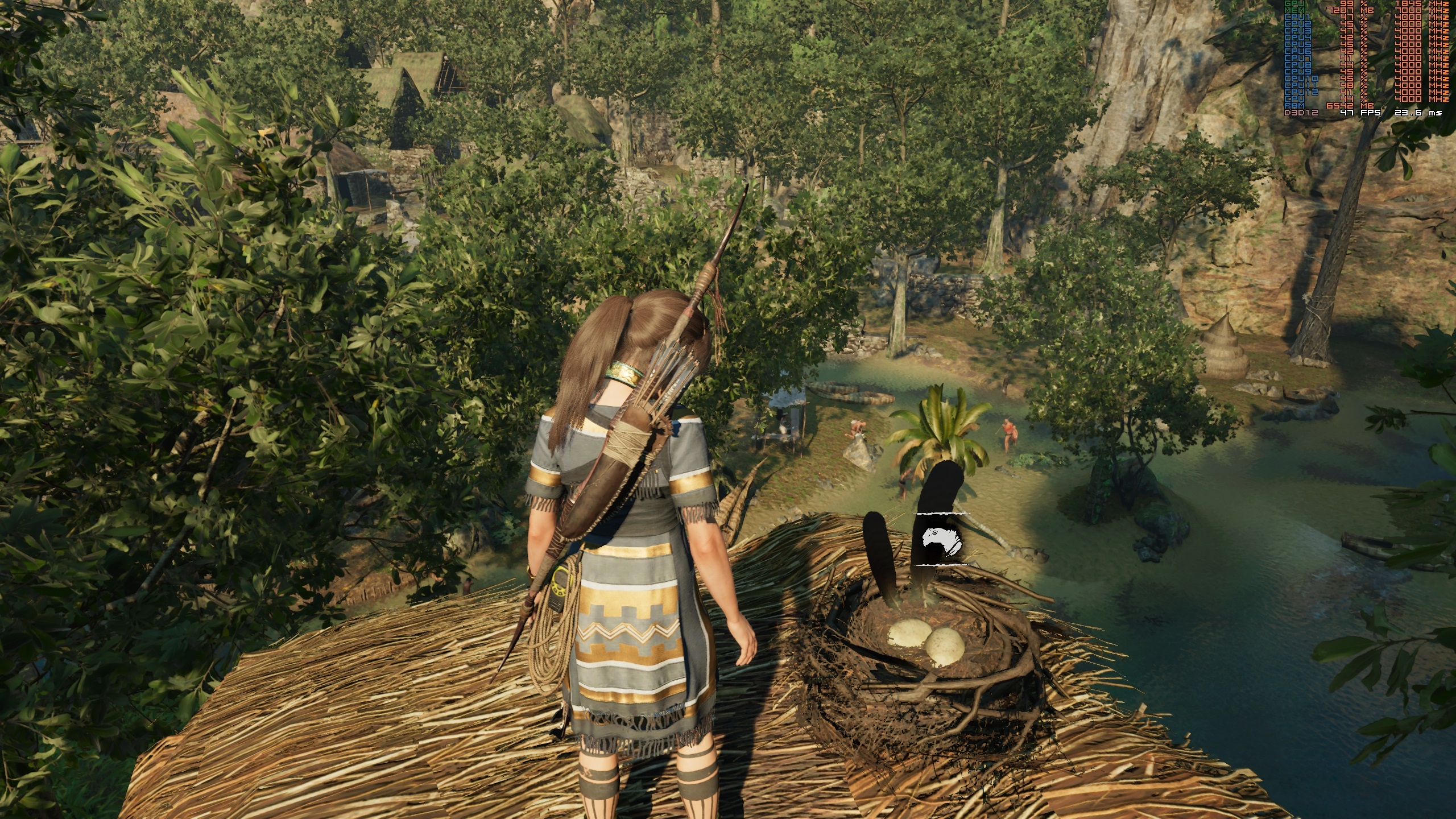