Rise of the Tomb Raider's support for DirectX 12 was a breath of fresh air the time of its release, offering increased performance on both AMD and Nvidia hardware when support was fully implemented. Sadly, things changed as drivers continued to evolve, especially on the Nvidia front, making the DirectX 11 version less buggy and more performant than its DX12 implementation.

With Shadow of the Tomb Raider, things have improved significantly, so much so that DirectX 12 is the recommended API for the title, with DirectX 11 offering support for pre-Windows 10 operating systems and little else.

After testing the two APIs on both AMD Polaris, Vega architectures and Nvidia Pascal, we can conclude that none of these graphics cards delivers increased performance levels under DirectX 11, making DirectX 12 the only API worth using within Shadow of the Tomb Raider. 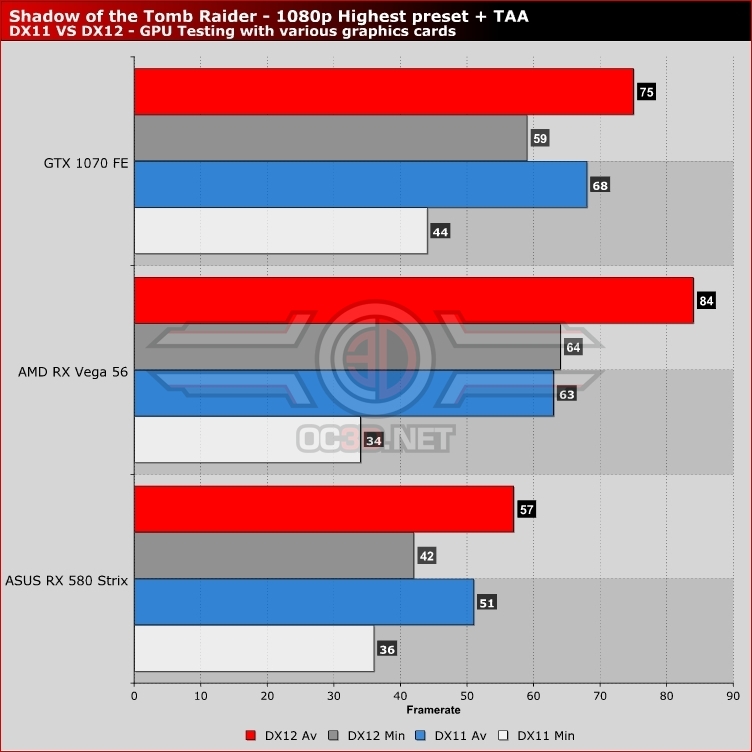