At 4K we can see every graphics card we have taken to their knees, showcasing the need for higher-end graphics hardware in the era of 4K. Nvidia's GTX 1080 Ti could offer 4K 30+ FPS gameplay at high settings, but it will remain far from a steady 4K 60FPS at these settings.

Even Nvidia's ultra-high-end RTX 2080 and RTX 2080 Ti are unable to offer full 60FPS framerates at 4K, at least when using the game's highest preset.

Shadow of the Tomb Raider will receive a patch to enable DLSS support sometime in the future, which is said to deliver graphical quality levels that are similar to a native resolution presentation with TAA. Nvidia's RTX 2080 Ti is likely to support 4K 60FPS in Shadow of the Tomb Raider once DLSS support is added to the game, with early testing showcasing a 30-40% performance gain in Final Fantasy XV's benchmarking tool and in the Unreal Engine 4 Infiltrator demo. 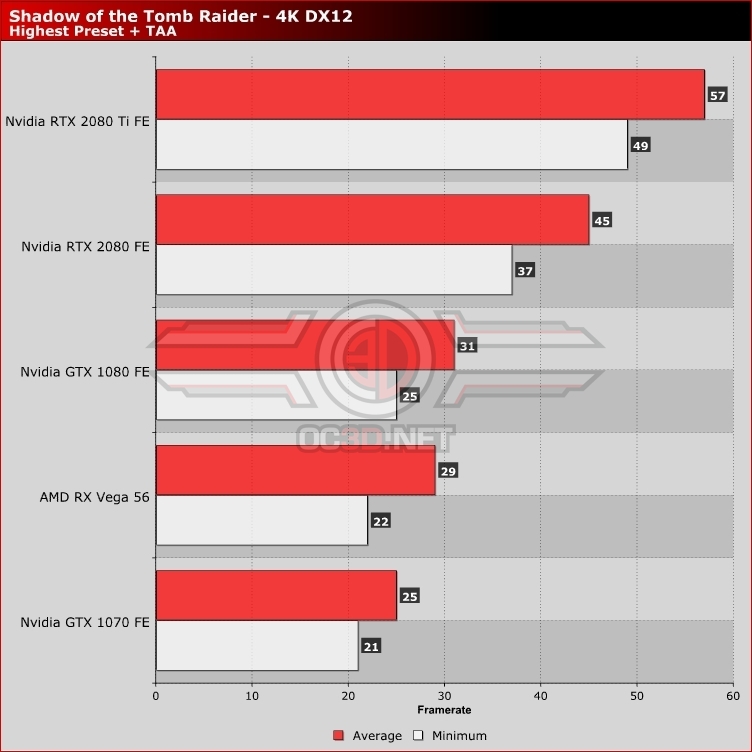