When playing at 1440p you can see below that our AMD RX 480 and GTX 1060 offer very similar performance in-game. Both GPU tested are factory-overclocked ASUS Strix models, both of which are easily able to play this game at over 60FPS at 1440p when playing at our high graphical settings.

To say the least, this game can be very easy to run on PC, though I will warn players that Very High Shadow options and HBAO+ have a huge impact on GPU performance, with shadow quality having a colossal impact on VRAM usage.

Despite being a Nvidia branded title this game seems to prefer AMD GPUs, performing better on AMD's RX 480 at most graphical settings. The differences seen here are minimal, so players should not use this game's performance as a major selling point for either side. 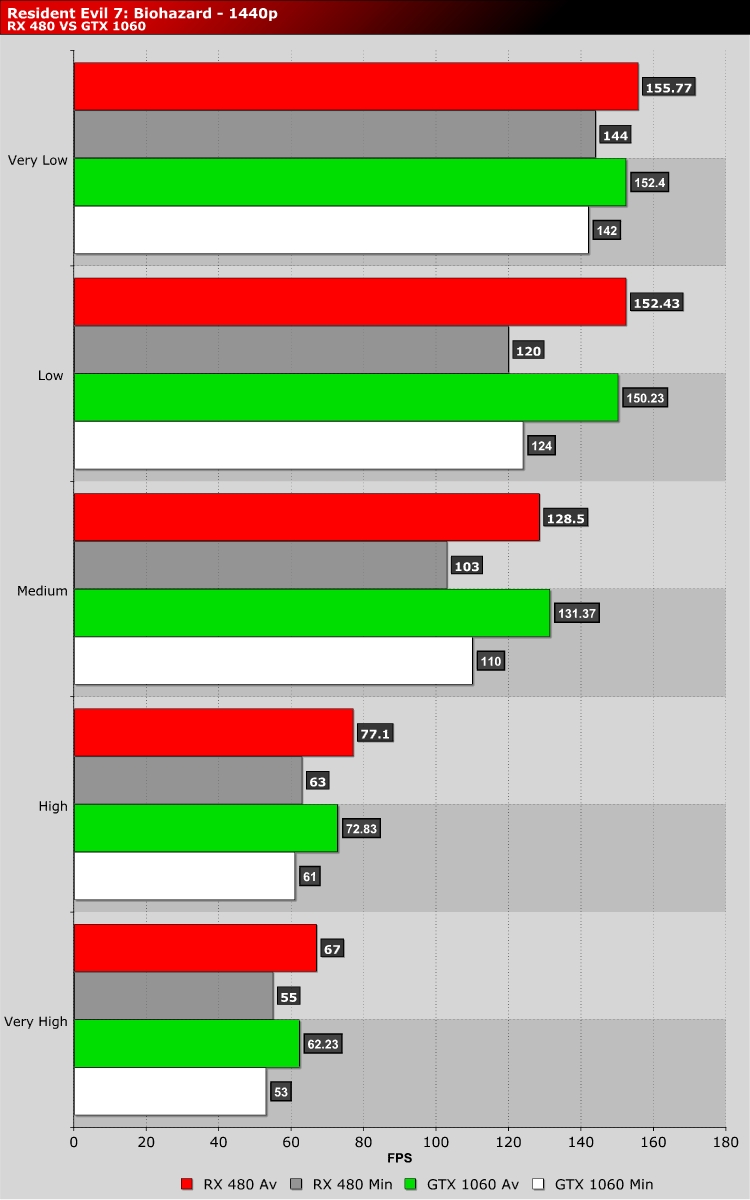