Resident Evil 7 comes with a new Interlaced Rendering option, which is something that is pretty much unique to this title. This new rendering option will allow players to play with higher framerates but with lower levels of in-game graphical detail.

Below you can see two screenshots showcasing the game's Interlaced and Normal rendering options, with the Interlaced version presenting a much blurrier image than the normally rendered version.

This graphical option will allow players to sacrifice some visual detail for higher framerates, which is great for those who use lower-end GPUs.

We ran our Resident Evil 7: Biohazard Benchmarking run using both the Interlaced and Normal rendering modes at 1080p, 1440p and 4K. You can see that the game's interlaced mode offers a huge performance increase, though as you can see above it also comes at the cost of graphical detail. 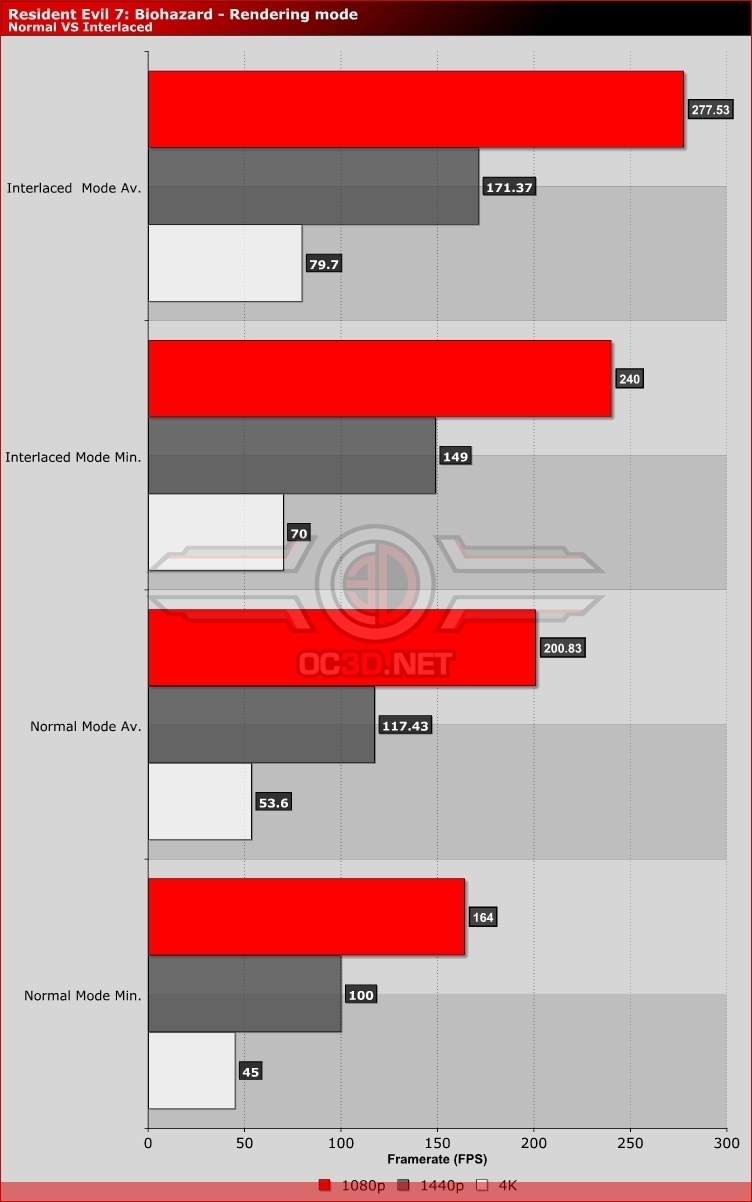