Moving up to 4K framerates plummet in Resident Evil 7, with every GPU on this graph offering less than half of the performance of 1440p. To say the least, gamers will need to lower their graphical settings to run this game at 4K 60FPS, or take advantage of this game's Interlaced rendering mode, though both of these options have visual downsides.

With a GTX 1080 gaming performance is acceptable, especially when using a G-Sync display, though gamers that want a steady 4K 60FPS experience will either need to buy a Titan X or accept that they will need to lower some graphical settings.

With Resident Evil 7 performance takes a nosedive when gamers increase their display resolution, scaling almost linearly with pixel count. Moving from 1080p to 4K will see a 4x reduction in minimum and average framerates, though we have seen clever developers in the past decrease this performance drop significantly, which is pretty disappointing for early adopters of 4K. 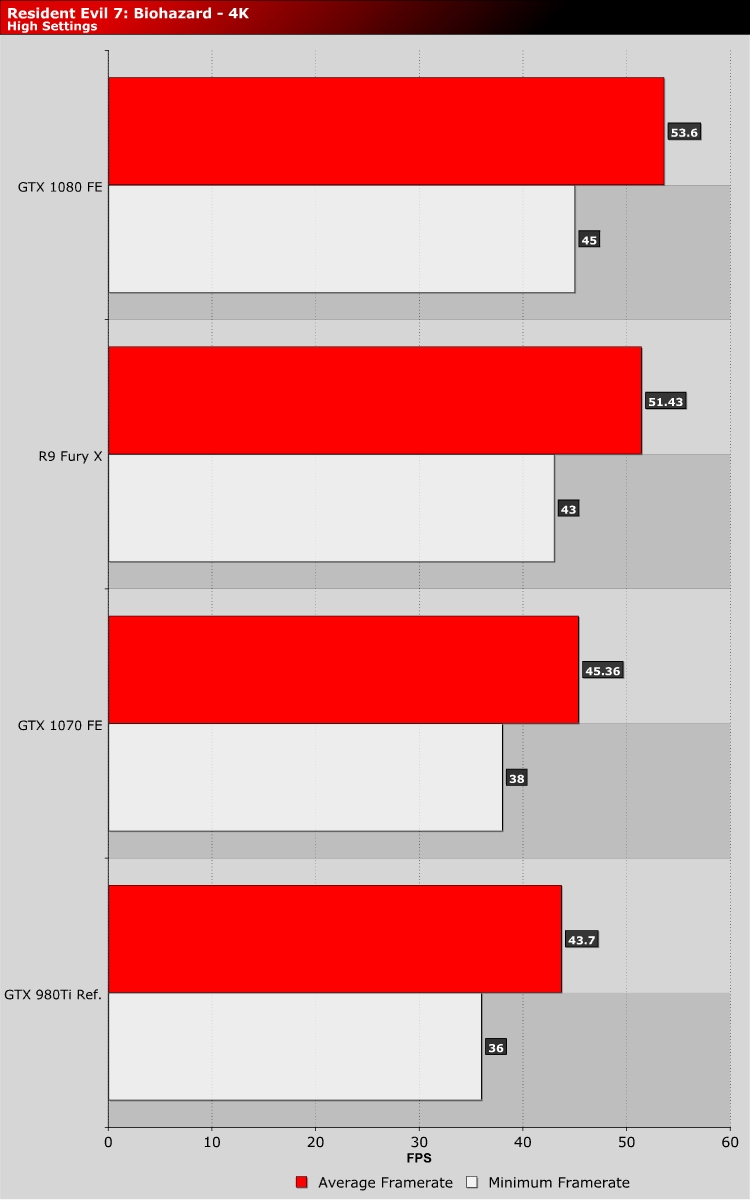