Introduction - Another masterful remake from Capcom?

Introduction - Another masterful remake from Capcom?

Resident Evil 3 dates back to 1999, a factor that makes the game ill-suited to the straight-up remake treatment. While remakes like the Spyro: Reignited Trilogy and the Crash Bandicoot N'Sane Trilogy rely on classic gameplay that can stands the test of time, the same can't be said for the older games in the Resident Evil series.

Capcom believed that Resident Evil fans deserved something more than Resident Evil recreation with the graphics cranked up to 11. Gamers needed something better, a reimagining of their classics, not glorified remasters. Not many gamers these days call for fixed camera angles and constant camera cuts.

Like Resident Evil 2 (Performance Review Here) before it, Resident Evil 3 promised modernised gameplay, a player-controlled camera, up-to-date graphics and subtle story changes that will make the game feel both new and familiar to existing fans of the series. These changes made Resident Evil 2 (2019) a huge success, attracting both series veterans and newcomers to the title.

On PC, Resident Evil 3 gives us a lot to talk about, from the game's improved utilisation of DirectX 12 to the title's implementation of new AMD features such as FidelityFX and FreeSync Premium Pro support. We will also have a chat about which settings players should enable to disable to achieve the best performance on your PC hardware.

In this piece, we will analyse how CPU core counts, API selections and individual graphical settings influence Resident Evil 3's performance on PC. After reading this article, you should know how to optimise Resident Evil 3 to get the best performance out of your hardware, and how a lot of today's modern GPUs stack up against one another. 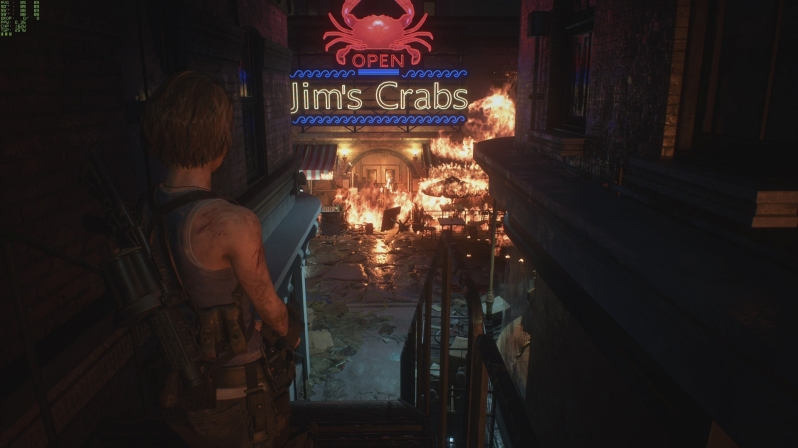 - PC System Requirements & Graphics Options - The Tech that underpins RE3
- CPU Performance - Do you need a monster processor to run RE3?
- DirectX 12 VS DirectX 11 - Which API runs the fastest
- Performance Scaling - Performance Priority to Maximum settings
- Interlacing - Does it work?
- 1080p Performance
- 1440p Performance
- 4K Performance
- Optimising Resident Evil 3 - Which Settings Should you lower first?
- Conclusion

When testing Resident Evil 3's PC version, we opted to use the newest drivers from both the Radeon and Geforce camps. These drivers are AMD's Radeon Software Adrenalin Edition 20.3.1 driver as well as Nvidia's Geforce 445.78 driver.