It would be wrong of us not to talk about how strange Red Dead Redemption 2's PC version is. With its varying presets for every new graphics card, it's graphical settings that can sometimes change on their own (making benchmarking tricky) and its buggy launcher, it is easy to see why there are a lot of complaints about this game.

Rockstar has created a strange PC release, but also one that seems to look into the future of the PC hardware market. No, we are not talking about raytracing, but a focus on high-resolution gameplay and graphical options that are clearly designed for next-generation graphics hardware.

On the one hand, this results in lower than expected 1080p performance in Red Dead Redemption 2, but relatively easy scaling to 4K displays. Perhaps this will become a trend for many future titles, but like most other games, this also shows that 1440p is now the performance/resolution sweet spot for PC gamers. 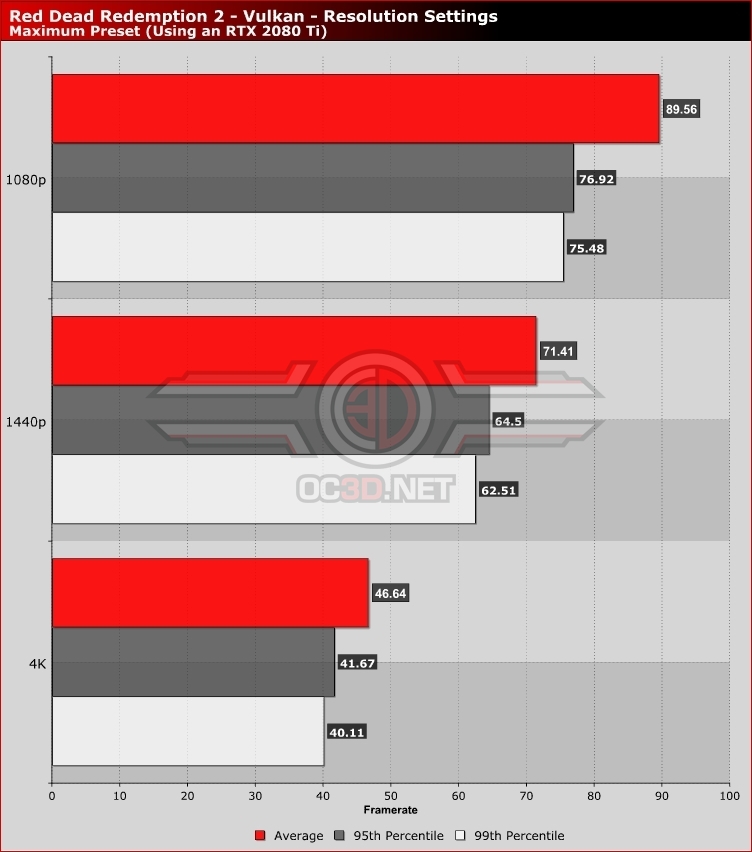 In page 2 we highlighted that Red Dead Redemption 2's Maximum preset wasn't close to the game's maxed-out settings. There are a lot of graphics options that Rockstar has left there for future PC hardware generation to enable.

Options like MSAA appear to be a carry-on from Grand Theft Auto 5, while the game's unlocked volumetric raymarch resolution setting appears to be Rockstar's way of throwing performance/graphical efficiency out the window. Just for the giggles, we maxed our Red Dead Redemption 2 on our RTX 2080 Ti and managed to get an average framerate of 15.48 FPS in the game's built-in benchmark (area 4), showcasing how overkill the game's maximum settings are.

Another thing that's worth noting is that Red Dead Redemption 2's MSAA is limited to either 4X or 8X depending on the user's graphics card. This may be due to the memory-heavy nature of the feature. 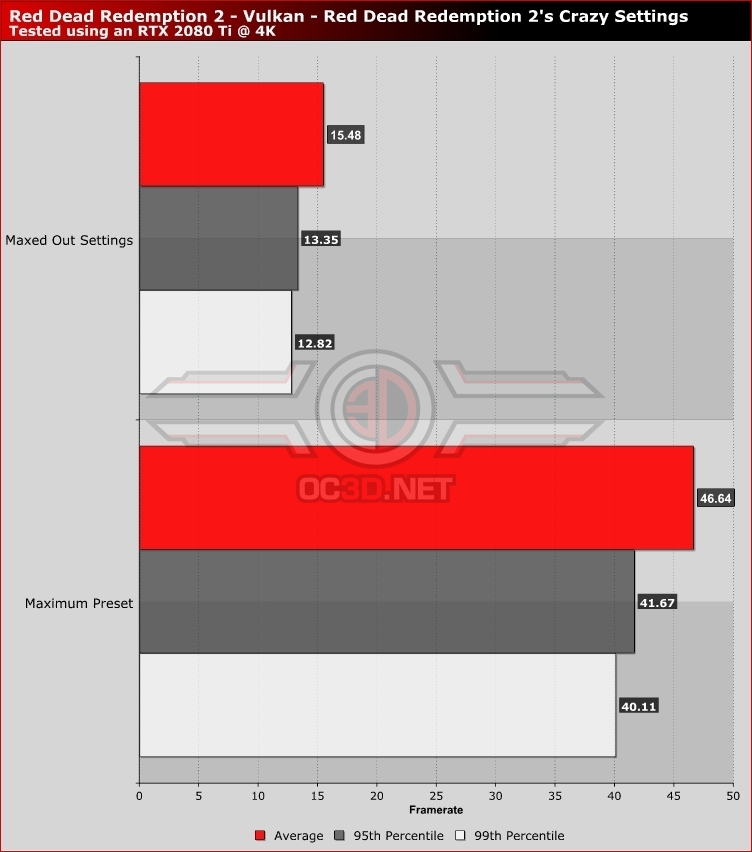 AngryGoldfish
If Nvidia don't release a driver that massively improves performance, I can imagine when AMD release their RTX 2080 Super competitor whenever they do, it could actually match a 2080Ti. It's interesting considering GTA V has been one of AMD's worst games. It's one of the most popular of all time yet AMD could never catch Nvidia.Quote

billeman
BIG Congrats TOM with getting out this guide , it's the first I found !

That's the way to do it alive and kicking

Nice to know that with reduced settings I can play this at 4k on pretty much any of the three rigs I will have shortly. Whether I will get it though? IDK. I'm not a fan of Rstars games really. Well, apart from Max Payne 3.Quote
Reply