RAGE 2 is not designed to be easy to run, with today's pro-level consoles like the Xbox One X and PS4 Pro being the only fixed hardware platforms to target 60FPS framerates, leaving the baseline consoles to focus a paltry 30FPS framerate target, which isn't ideal for a first-person shooter.

For starters, we will note the poor performance levels that are offered by our 2GB graphics cards, the R9 380 and GTX 960, with both offering sub-30FPS framerates. This appears to be partially due to VRAM limitations, as the game's minimum requirements list GPUs with 3GB of VRAM or more. It is also worth noting that the game's physics slow down at sub-25-ish FPS framerates on PC.

With the RX Vega 56 and RX 580 we can also see that RAGE 2 makes great use of AMD's Radeon graphics hardware, easily surpassing Nvidia's GTX 1080 and GTX 1060 offerings. It is also worth noting that Nvidia's RTX 2060 also opens a significant lead over the GTX 1080, revealing the benefits of Nvidia's Turing architecture. 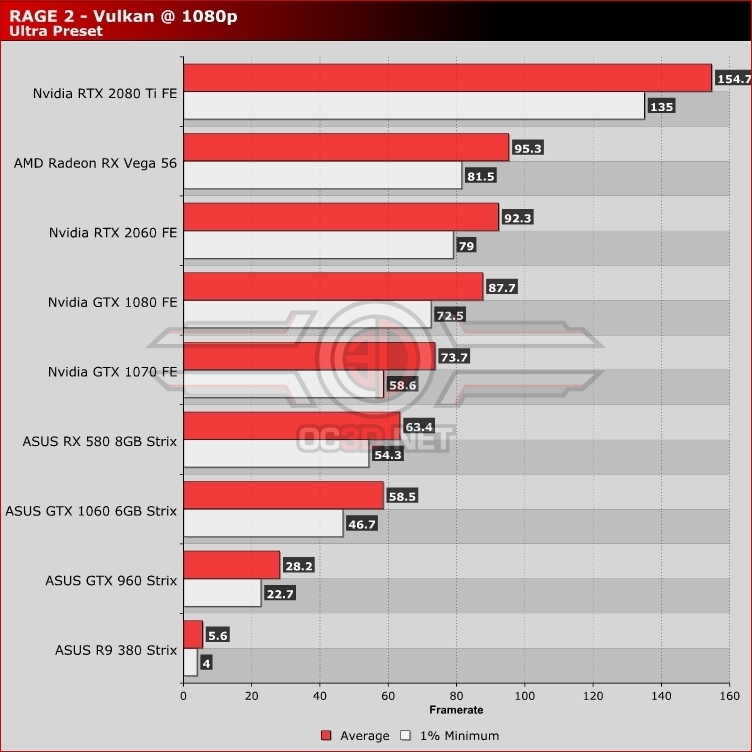