CPU Performance - Core Scaling and the power of Vulkan

CPU Performance - Core Scaling and the power of Vulkan

Surely a massive open world's like RAGE 2's is hard on CPUs? Nope, RAGE 2 runs like a dream on our 4GHz Broadwell-E and Ryzen 1st Generation systems. For the most part, they are entirely GPU limited when using Nvidia's RTX 2080 Ti at 1080p, with problems only creeping into view when we use quad-core processors without SMT. Even then the game runs well above 60FPS.

The only configuration that we tried that wouldn't run the game was our dual-core quad-thread setup, which wasn't a setup that we would expect any modern PC gamers to still posses.

When comparing our basic quad-core systems, RAGE 2 preferred our Ryzen setup to Broadwell-E while at higher core/thread counts the game seemed to prefer Intel to AMD. That said, RAGE 2 ran well with all of the below configurations. 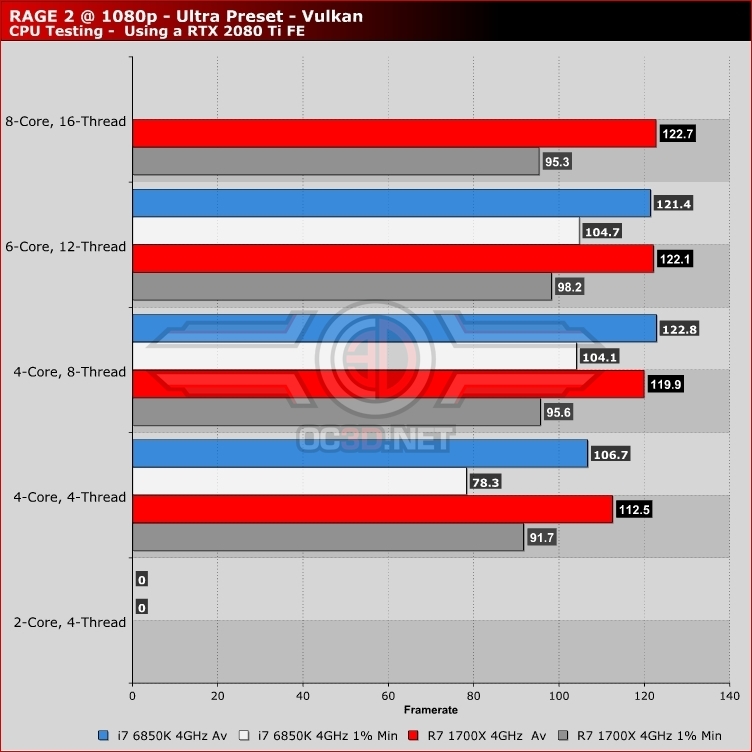