At Low settings, RAGE 2 loses a lot of its lustre, with the removal of Anti-Aliasing adding some extra sharpness at the cost of ragged, stairstep edges while most of the game's details are paired back.

Unlike some other games, RAGE 2 remains very playable under this preset, providing all of the details that players require for decent gameplay while also maintaining high enough levels of graphical quality to not be too offputting.

When moving up to the game's medium preset, RAGE 2 gains a lot of extra geometric detail, with more rocks and details in the middle to far distance drawing in. Shadows make a serious uptick in quality and the world's lighting becomes a lot more realistic. RAGE 2 looks very great medium settings, and the extra details of the higher-end presets only serve as icing on the cake.

Under all presets in RAGE 2 pop-in is noticeable, but that's the cost of having such a large open world, and beyond that, the pop-in isn't as stark as what we have seen in Just Cause 4. 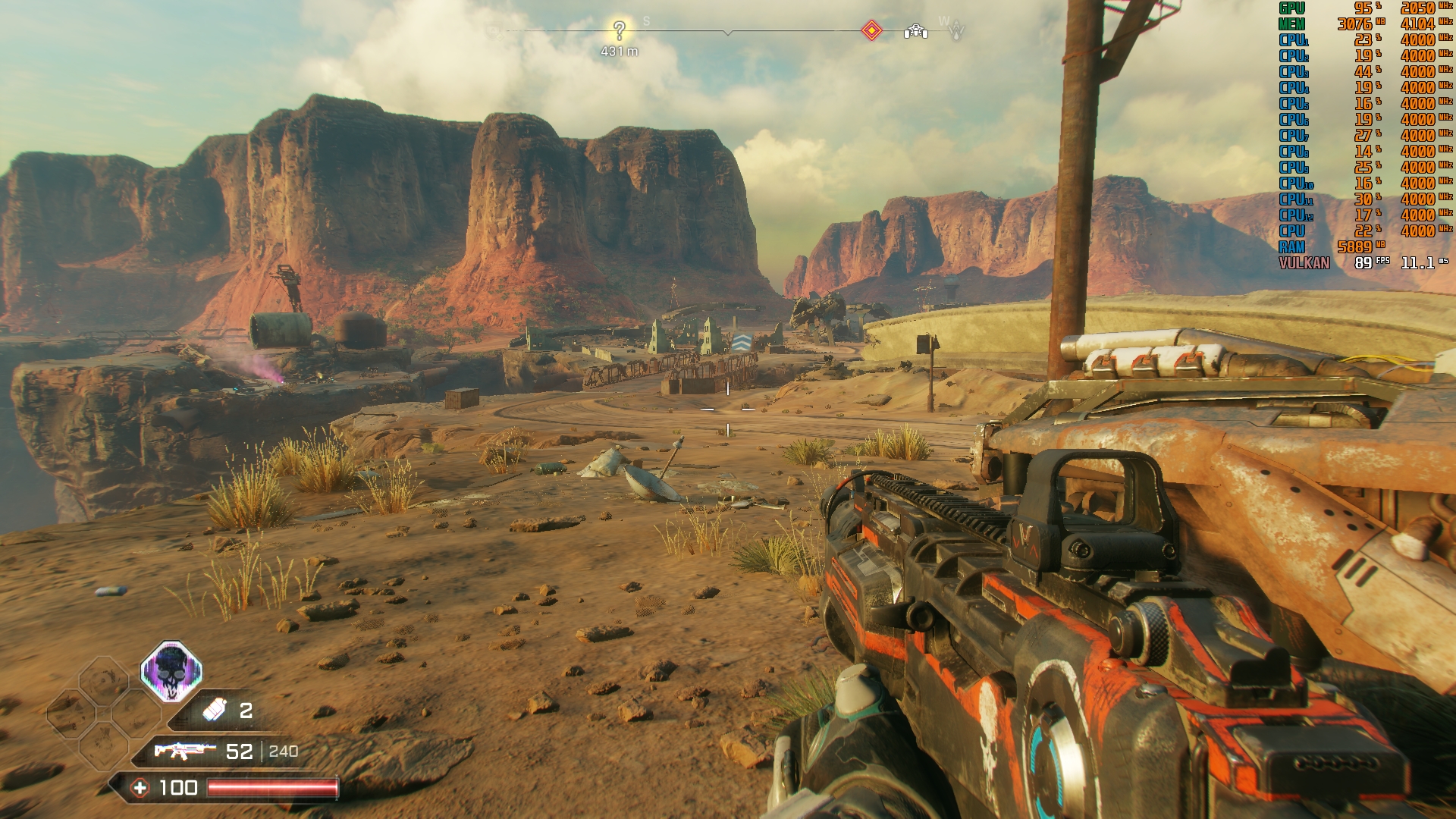 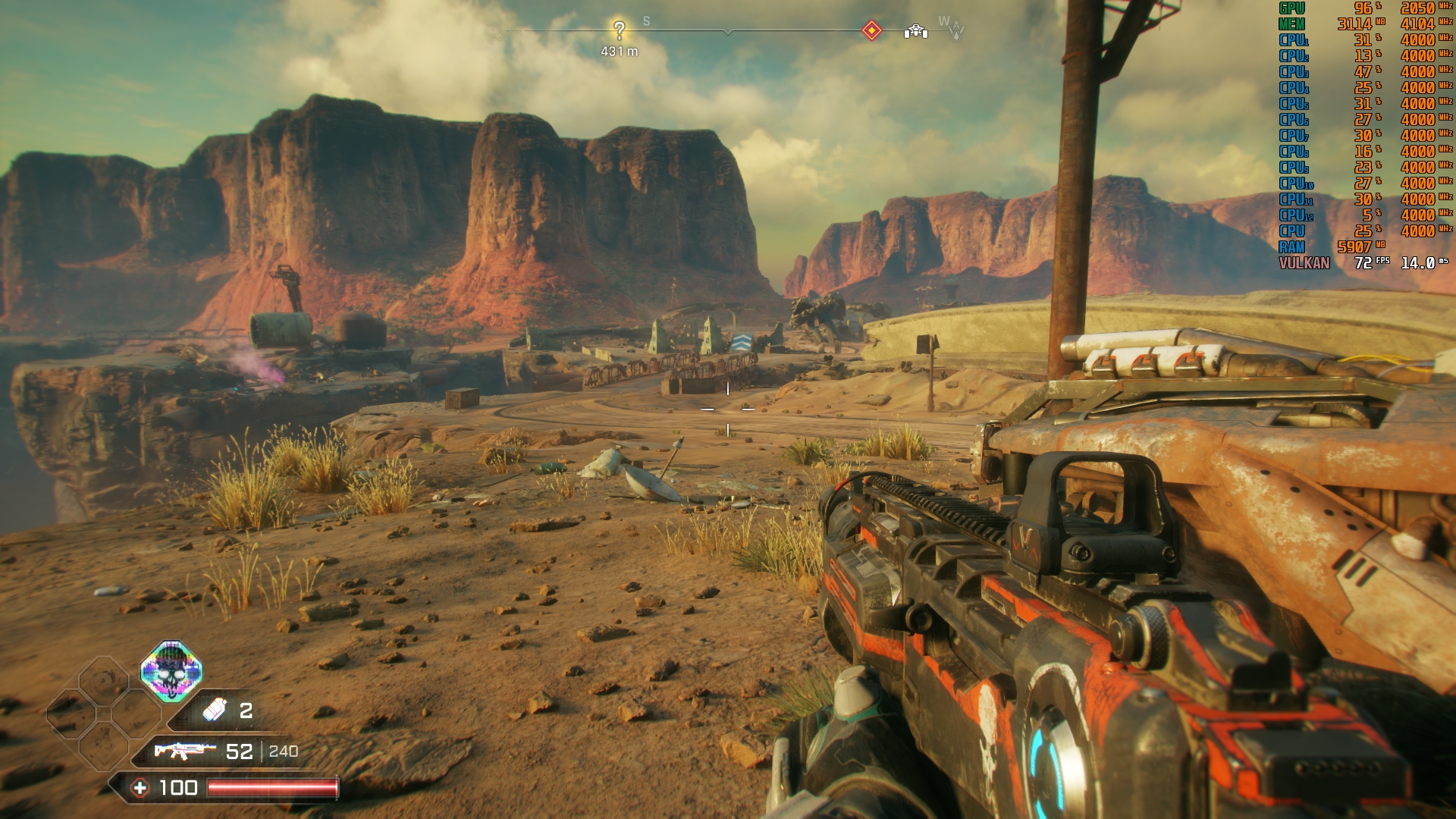 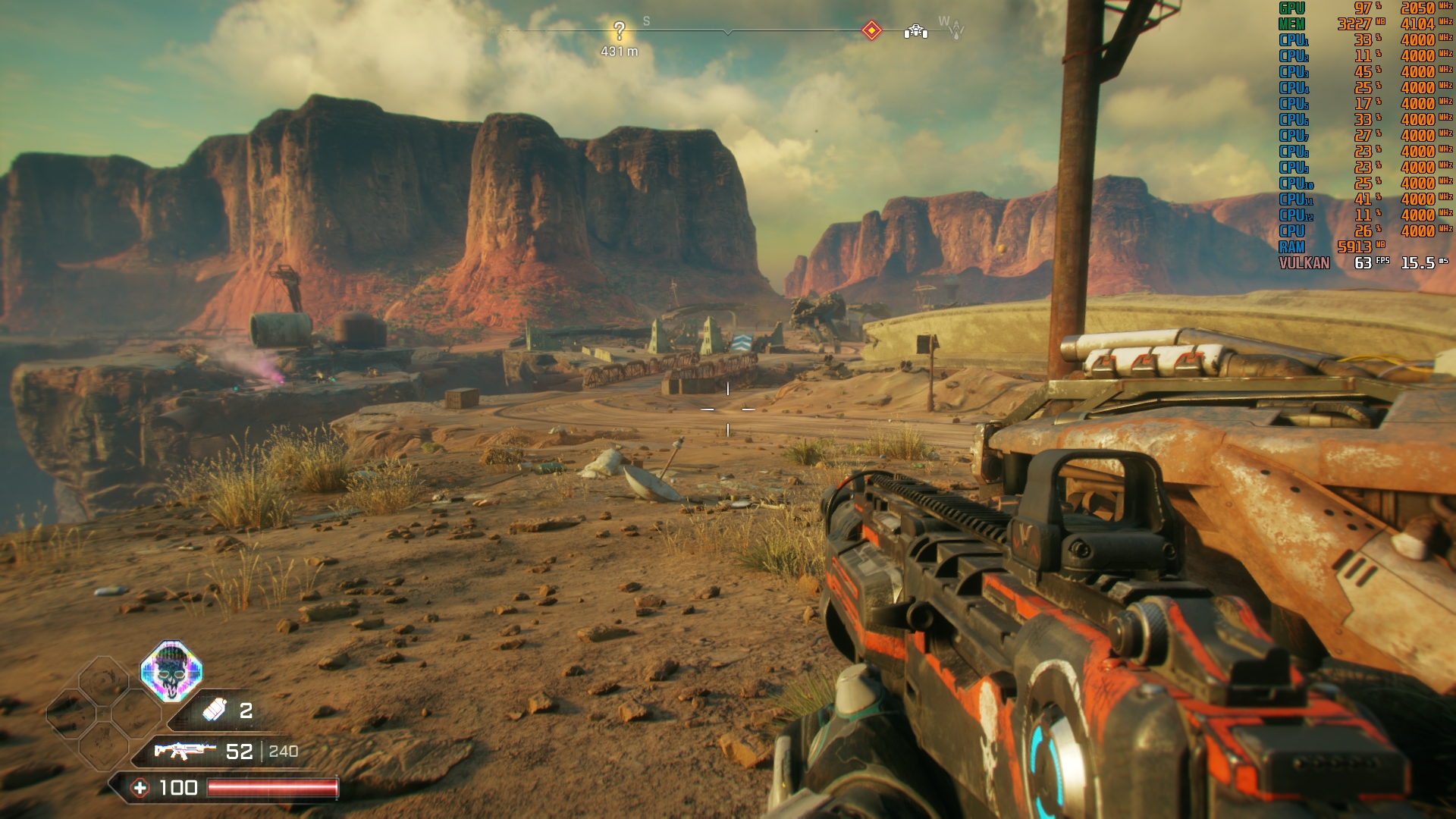 When moving from high to Ultra we only see one setting change, Geometric detail, which sees the draw distances of nearby grass, rocks and other objects increase significantly, and almost without any performance cost. In this set os screenshots the framerate decreases from 63 at High to 62 at Ultra, which isn't a big enough difference to be worth worrying about. 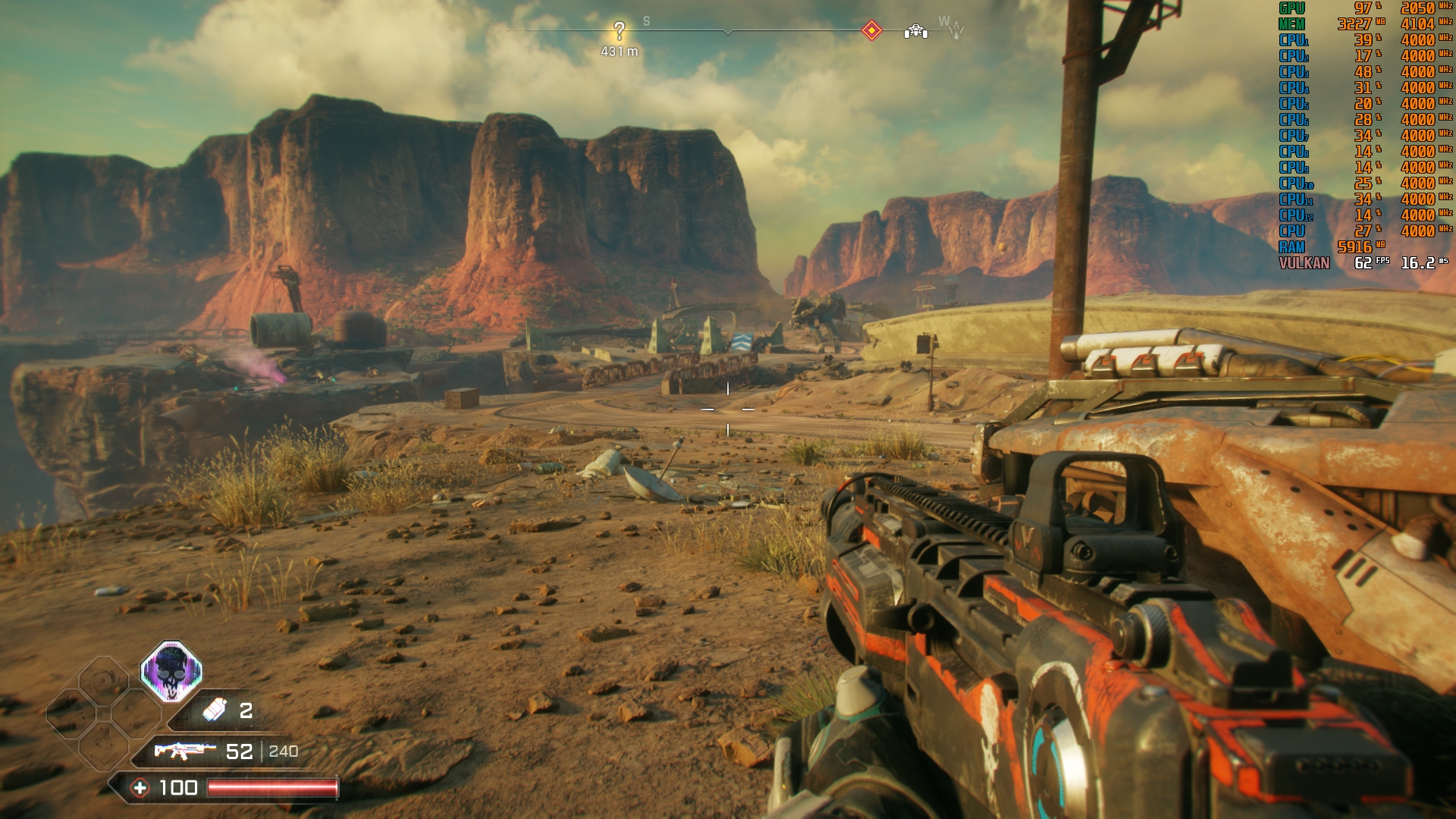