RAGE 2 is designed to run on games with 3GB of VRAM or more, the game's PC system requirements confirm as much. Booting the game at Ultra settings on the RX 380 resulted in unplayable performance levels, single-digit framerates and lots of slowdowns, while the GTX 960 offers a somewhat better gaming expereince.

We experienced similar issues in Wolfenstein II: The New Colossus, another game which uses the Vulkan API, with the game requiring lower settings to offer playable framerates (Wolfenstein II: TNC PC Performance Review). At RAGE 2's medium game settings, things improve, with the R9 380 moving onto framerates of 20 or higher, but it's at low settings where both GPUs start to shine. Even then RAGE 2 still needs variable resolution scaling to stay at over 30FPS on the GTX 960.

RAGE 2 isn't designed to run on graphics cards with less than 2GB of VRAM, and forcing the game to run requires compromises. That's the cost of creating a game that's designed with modern hardware in mind. 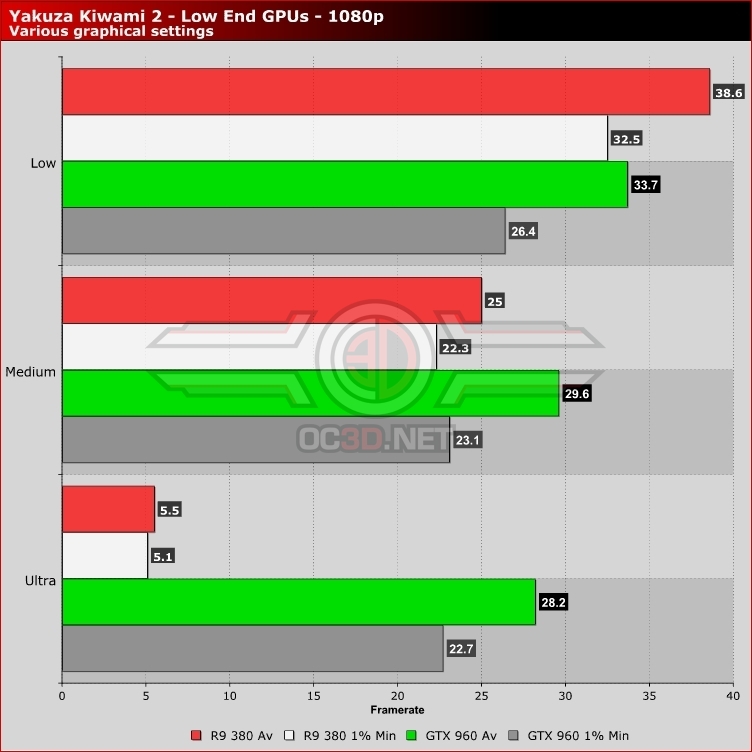