The Yakuza series has transitioned to PC - Was it a success?

Yakuza 6 is now available on PC, launching through the Microsoft Store, Xbox Game Pass for PC and Stream, completing the mainline Yakuza series on the platform. Now, PC gamers can play through the entire story of Kazuma Kiryu from start to finish on PC, something that was only previously possible on PlayStation consoles.

Sega has transitioned its Yakuza series from being a PlayStation-only series to a full-on multi-platform franchise, with the series arriving on both PC and Xbox systems. The PC version of Yakuza 6 comes to us through QLOC, the same studio that was behind the recent PC release of NieR Automata: BECOME AS GODS EDITION.

In this port report, we will be looking at the PC version of Yakuza 6: The Song of Life, how it performs on the platform and discussing any quirks within this version of the game. Will Yakuza 6 play best on PC, or is there a better version of the game that's available on consoles?

In the following pages, we will discuss Yakuza 6's PC settings, the hardware required for smooth 60 FPS gameplay and Yakuza 6's shortcomings on PC. While the game's PC version could be better, we will say here that Yakuza 6 looks fantastic on PC, especially on systems that can run the game at 4K resolutions. Now let's get started. 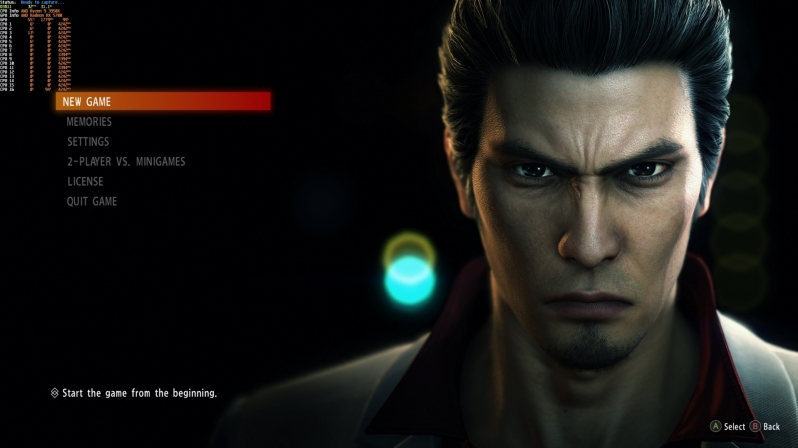 Contents (Click links to go directly to each page)

- CPU Scaling - How many Cores does Yakuza need?

- Settings Scaling - How to get higher framerates in Yakuza 6

- Resolution Scaling - The real way to get higher framerates 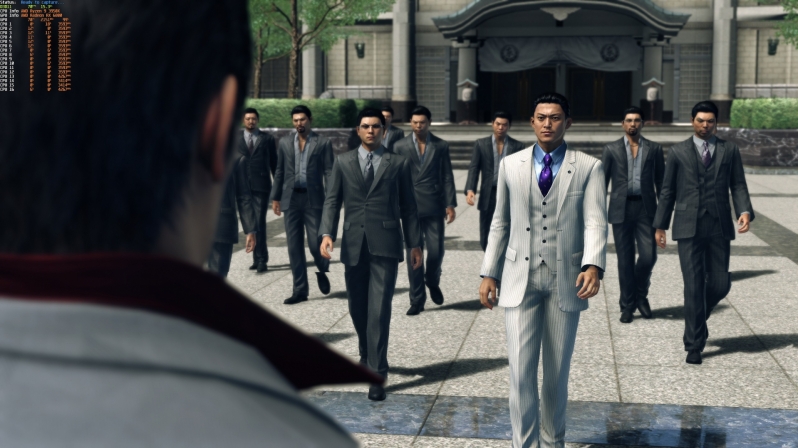 With Yakuza 6: The Song of Life, we will be using our new Games and Graphics Card test system, which is powered by AMD's Ryzen 9 3950X processor and PCIe 4.0 storage. More information about this system is available here, where we have detailed why we have moved to Ryzen for our GPU and games testing. CPU & Motherboard - AMD Ryzen 9 3950X and ASUS ROG Crosshair VII FormulaThere is a lot to consider when building a new games testing system. Will this system stand up to the test of time. Does this system contain the features that new games will require, and are we choosing the right CPU platform for the job? With the next-generation of consoles coming with Zen 2 processors and support for PCIe 4.0 storage, it was logical to choose a Ryzen-based test platform. Intel's current offerings do not offer PCIe 4.0 support, and we cannot build a new test system knowing that it will be outdated as soon as games start to utilise faster storage mediums. With ASUS' ROG X570 Crosshair VII Formula, we know that we have a motherboard that has capable VRMs to withstand the punishments that a hardware test system must face. With X570, we also know that we can upgrade to Zen 3/Ryzen 4000 should we ever need to.

I want to hear some thoughts on this Port Report format that I have been testing with NieR and Yakuza. It's a little shorter than my usual thing, but it allows me to cover smaller games that I would frankly skip over otherwise.

Obviously, larger games will still get optimised settings etc, but I want to see if people like this format for smaller games.Quote
Reply