Core Scaling - Is the MT Frameworks engine as Multi-Threaded as the name suggests?

Core Scaling - Is the MT Frameworks engine as Multi-Threaded as the name suggests?

Before launch, there were fears that Monster Hunter: World would be a performance hog on the CPU-side, something which hasn't materialized within the final game. Recommending a 3.2GHz Quad-core Intel i5 4460 for 1080p Low settings at 30FPS suggested that higher core counts and clock speeds where required to get Monster Hunter: World to run at 60FPS or higher.

In our testing, we found that a strong quad-core was enough to run Monster Hunter World at 60+FPS framerates on most occasions. In our second test location, we found that our Quad-Core Ryzen system had a momentary dip below 60FPS, though this was almost unnoticeable without framerate measuring tools. It was only when using a dual-core (quad-thread) setup that we were able to get our GTX 1080 to drop below 60 FPS on a semi-frequent basis.

Capcom's Multi-Threaded MT Framework Engine is extremely capable of distributing work to every core and thread inside a user's system. Even on our 16-thread Ryzen 1700X, we were able to see relatively even workloads on every processing core and thread within the system. Monster Hunter: World is hugely multi-threading capable, but that doesn't mean that the game is a CPU performance hog. 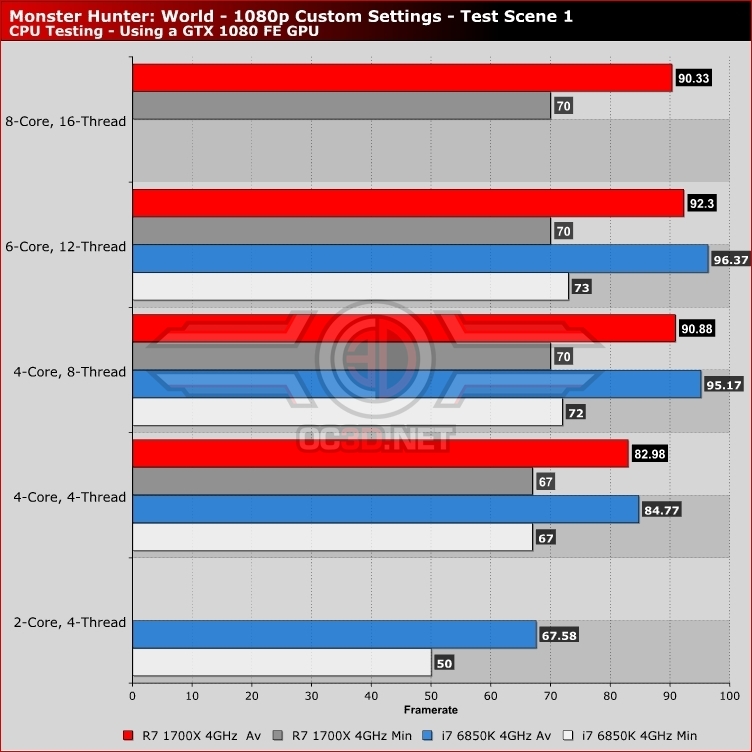 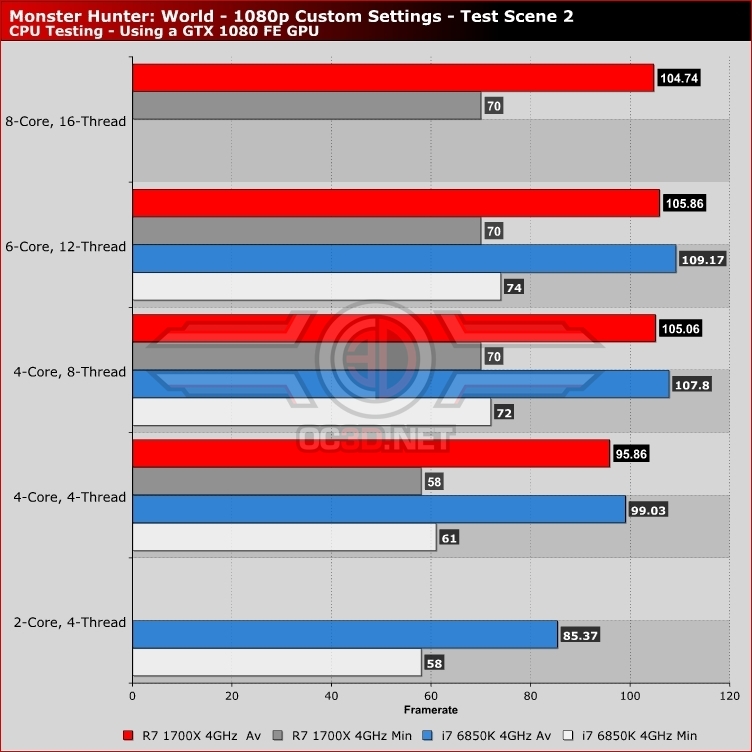