We decided not to test our Take-Off benchmark for our GPU tests, as it was more CPU limited than our higher altitude flight test and would make practically all of our graphics cards look the same performance-wise. 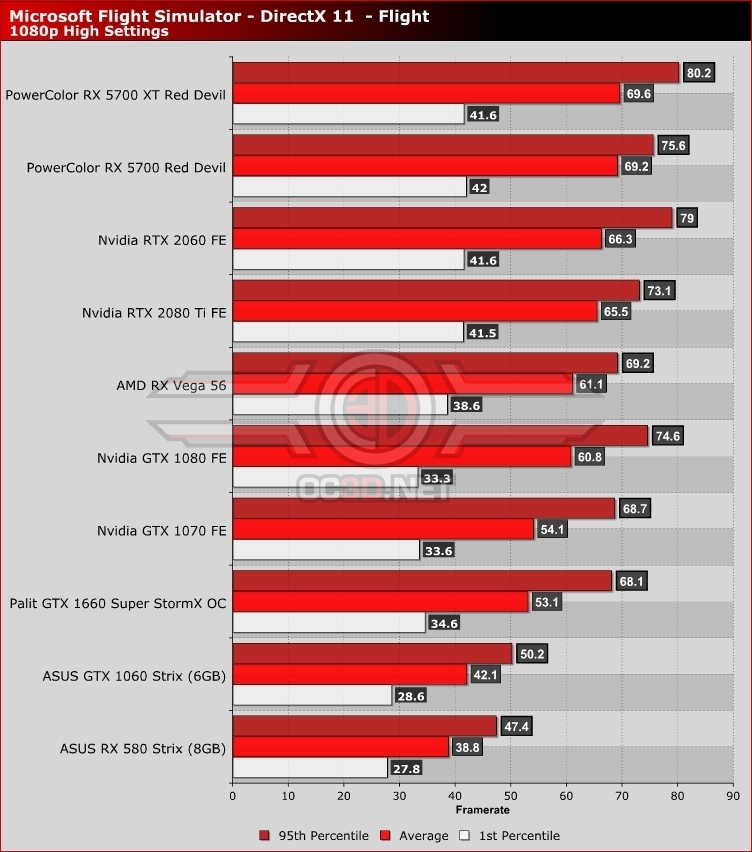