Like all games, performance scales with in-game graphical settings. With Microsoft Flight Simulator being so hard on both CPU and graphics hardware, we decided to see how graphical settings impact CPU-limited performance by testing the game at 1080p with an RTX 2080 Ti across the title's main presets.

It is clear that Microsoft Flight Simulator is a game that's designed for future processors, or that the game requires some major software changes to properly utilise the power of today's CPUs. We know that this game will support ray tracing in the future, a fact that leaves us hopeful that Microsoft Flight Simulator will receive CPU-related performance benefits thanks to a future DirectX 12/DirectX 12 Ultimate patches. 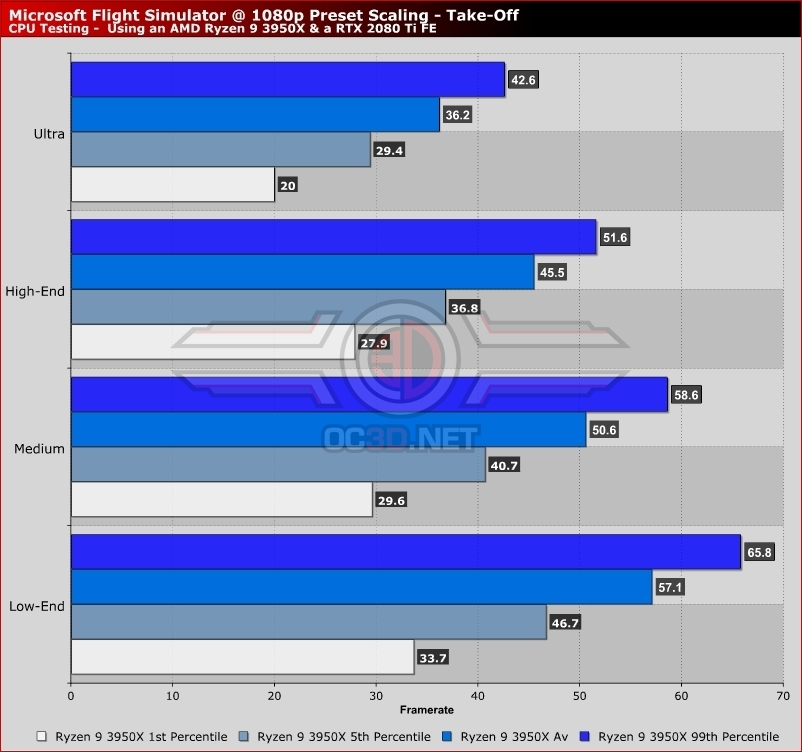 At higher altitudes, we can see clearer performance scaling, with average framerates extending past 60 FPS at high settings. Even so, large performance dips still occur, though they are difficult to spot under most circumstances given the slow-moving nature of Microsoft Flight simulator.

When you are so high in the sky, the ground appears to moves at a slow pace, making small framerate jitters hard to spot, especially during straight and steady flight. 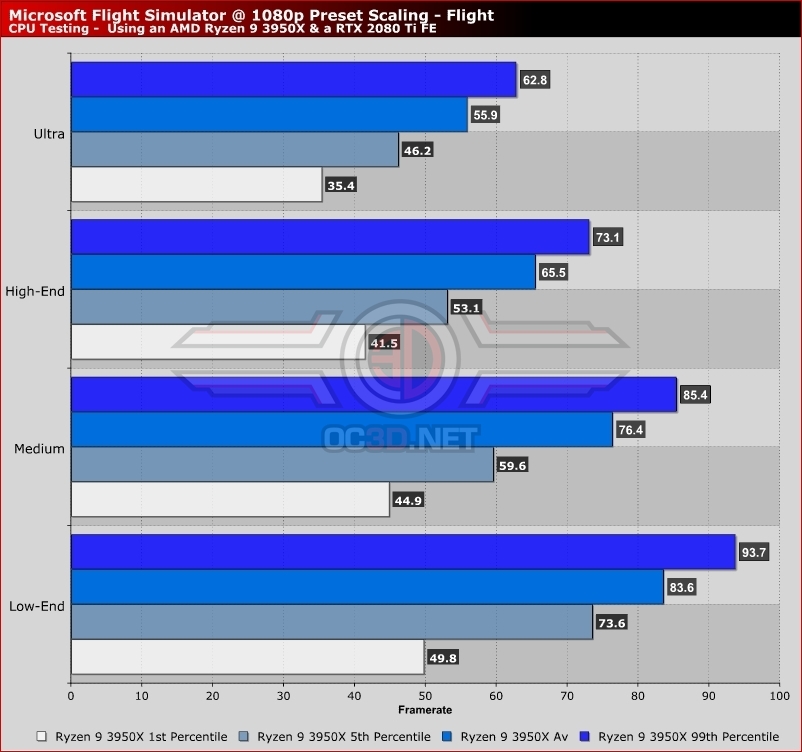